There were cheers from the crowd as she said "the doctors were hung". 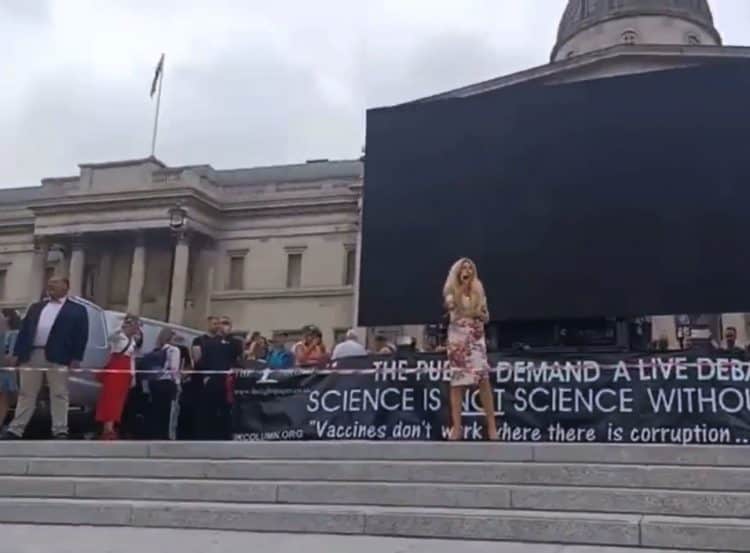 An anti-vax nurse who was recently struck off for calling the NHS ‘the new Auschwitz’ addressed crowds in London today as protesters gathered in Trafalgar Square.

Thousands of demonstrators were observed this afternoon with conspiracy theorists and vaccine sceptics such as Piers Corbyn and David Kurten spotted.

Piers Morgan slammed the event on Twitter, posting a video of the rally with the caption: “We need an urgent vaccine against these anti-vaxx cretins.”

We need an urgent vaccine against these anti-vaxx cretins. ? https://t.co/Awu4ZEw25T