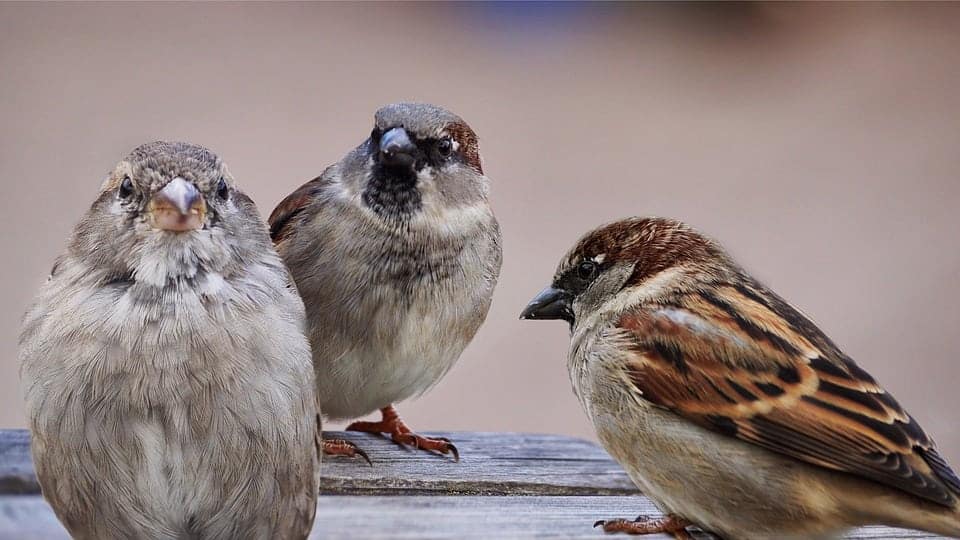 A breed of sparrow has been whistling the same songs for more than 1,000 years, according to a new study.

Researchers say American swamp sparrows may have sung the same songs for more than a millennium – and passed them on through generations by learning.

The study, published in the journal Nature Communications, shows that birds are capable of matching and potentially exceeding the stability of human cultural traditions despite their much smaller brains.

Researchers from Queen Mary University, London, Imperial College London and Duke University in the United States were able to estimate that the swamp sparrows (Melospiza georgiana), a well-studied species of songbird from the marshes of north-eastern US, accurately learn their songs 98 per cent of the time.

More surprisingly, they don’t pick songs to learn at random from those that they hear.

Instead, they selectively choose songs that are more common – a learning strategy called ‘conformist bias’ which was recently only thought of as particular to humans.

The researchers explained that this has the effect of filtering out most new song types from the population as soon as they arise and makes the song traditions of swamp sparrows very stable.

They say the combination of accurate learning and conformist bias has led to some common song types being maintained in populations for “extraordinarily long” periods of time.

Lead author Dr Robert Lachlan, of Queen Mary’s School of Biological and Chemical Sciences, said: “It is well known that many species of birds learn their songs from other members of their species.

“In humans, such vocal learning leads to large communities of people sharing the same dialect, and learning in general leads to long-lasting traditions, through processes of cultural evolution.

“Our study suggests that animal cultural behaviour can match that of humans in a couple of respects.

“We demonstrate that a fairly humble songbird species – there is really nothing particularly extraordinary about swamp sparrows – can generate stable cultural traditions, and that to do so, they rely on a behaviour, conformist bias, that until recently was thought to be a uniquely human trait.”

He added: “The song-types that you could hear today in the marshes of north-eastern USA may well have been there 1,000 years ago and have been precisely passed on from one generation to the next, rivaling the stability of human cultural traditions.”

To find out, the researchers first recorded the song repertoires of 615 swamp sparrows in six populations across the North East of the US.

They then used computational methods to measure the diversity of different song types found in each population.

Finally, they used a statistical method called Approximate Bayesian Computation to fit simulation models of cultural evolution to their data.

The researchers said that it is the first time that simulations of culture have been fitted to animal behaviour in this way, and it allowed them to explore what styles of learning were consistent with the patterns of song diversity they measured.

Their findings tie in with other recent work which has looked at how this cultural behaviour is central to the communication system of these birds.

Together, the work suggests that culture lies at the heart of the swamp sparrow song communication system.

Dr Lachlan added: “The study helps demonstrate how cultural traditions can generate underlying complex behaviour, even in the absence of cognitive sophistication.

“But as yet, we haven’t fully exploited the huge diversity found between different species in the way they learn their songs. Our study suggests how that might be addressed.”