Space transport services company SpaceX is to launch its first commercial flight to the moon next year. The company has announced it has been approached to fly two private citizens on a trip around the moon late next year, with the punters paying a significant deposit to land a moon mission. The Falcon Heavy rocket, which […] 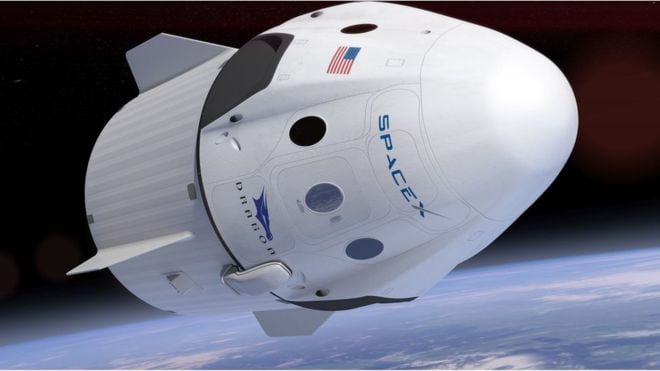 Space transport services company SpaceX is to launch its first commercial flight to the moon next year.

The company has announced it has been approached to fly two private citizens on a trip around the moon late next year, with the punters paying a significant deposit to land a moon mission.

The Falcon Heavy rocket, which was developed with SpaceX funding, is due to launch its first test flight this summer and, if successful, will be the most powerful vehicle to reach orbit after the Saturn V moon rocket.

At 5 million pounds of liftoff thrust, Falcon Heavy is two-thirds the thrust of Saturn V and more than double the thrust of the next largest launch vehicle currently flying.

Later this year, as part of NASA’s Commercial Crew Program, SpaceX will launch its Crew Dragon (Dragon Version 2) spacecraft to the International Space Station, which will be the first demonstration mission in automatic mode without people on board.

A subsequent mission with crew is expected to fly in the second quarter of 2018.

SpaceX is currently contracted to perform an average of four Dragon 2 missions to the ISS per year, three carrying cargo and one carrying crew. By also flying privately crewed missions, which NASA has encouraged, long-term costs to the government decline and more flight reliability history is gained, benefiting both government and private missions.

Once operational Crew Dragon missions are underway for NASA, SpaceX will launch the private mission on a journey to circumnavigate the moon and return to Earth. Lift-off will be from Kennedy Space Center’s historic Pad 39A near Cape Canaveral – the same launch pad used by the Apollo program for its lunar missions.