The Metropolitan Police Commissioner was among dozens of officers clapping for key workers. 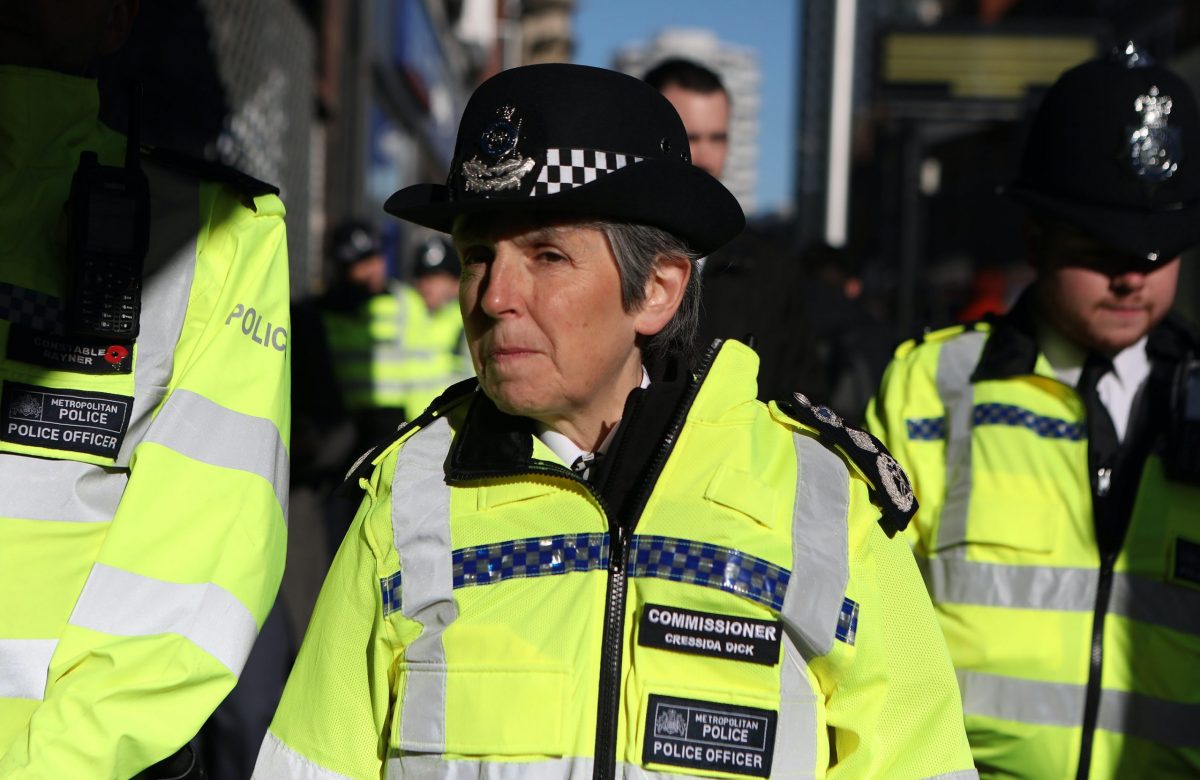 Downing Street has urged people to follow social distancing guidance after the country’s most senior police officer was filmed clapping for carers on a crowded Westminster Bridge.

A video posted to the force’s Twitter account shows her standing in front of officers, who are lined up with gaps in front of police vehicles along the bridge near Parliament.

But the gesture drew criticism from some after another video, which has been viewed millions of times online, emerged showing groups of people, near police officers, apparently ignoring social distancing guidance.

The Prime Minister’s official spokesman said: “We would ask that everyone takes responsibility and adheres to social distancing rules so that we can safely show our appreciation for those who are working so hard to fight coronavirus.”

He added: “We would ask that in showing their appreciation for those who are working so hard as carers, they do so in a way which adheres to the social distancing rules.”

The Met said the Commissioner was among many other emergency services workers who joined the applause at the bridge over the Thames on Thursday.

A statement said: “Officers, along with other emergency service workers, came together last night on Westminster Bridge to celebrate the work of all key workers.

“A large number of members of the public also gathered to express their gratitude.

“While many people adhered to social distancing guidance, it appears that some did not.

“We regularly remind our officers of the importance of social distancing where practical, and will continue do so.”

A guidance document issued to police forces in England last week said not sticking to social distancing advice is not against the law.

It reads: “Government guidance, like going outside once a day for a walk, run, cycle OR staying two metres away from people you don’t live with, is not legally enforceable, but it is best practice and can be used to help to encourage people to change their behaviour.”

The news comes as it emerged police officers in England have been advised that people who sit on park benches for too long are likely to be breaking coronavirus lockdown rules.

A document sent to forces by the National Police Chiefs’ Council (NPCC) and the College of Policing (CoP) cites advice from the Crown Prosecution Service (CPS) on what might constitute a reasonable excuse to leave home under sweeping laws which give officers the power to enforce restrictions on movement and issue fines.

It also indicated people should not be working from nearby parks rather than their home but suggested those who needed a “cooling-off” period after rows at home can move between households if they leave for several days. It also said stopping to rest or have a picnic lunch while on a long walk would be considered a reasonable excuse.

Some 3,203 fines were handed out by police in England between March 27 and April 13 to those considered to be flouting the rules.