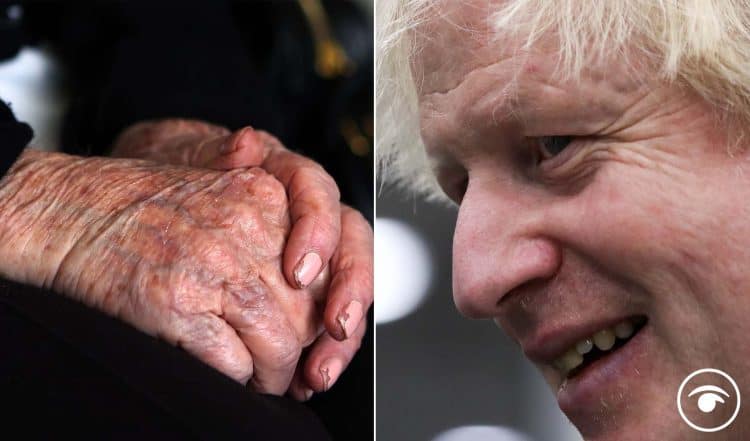 Boris Johnson had his Commons majority slashed as a significant number of Tory MPs rebelled to vote against a change to social care reforms amid anger over how it will hit poorer pensioners.

Ministers were unable to say whether the change to the £86,000 cap on care costs would fulfil an election pledge to guarantee no-one would have to sell their home to pay for care.

And backbench Tory critics joined experts and Labour MPs in warning the move to count only individual payments towards the cap, and not local authority contributions, would cost poorer recipients more in assets than the wealthy.

The Government worked to see off a potential defeat in the Commons on Monday evening and MPs backed the amendment 272 votes to 246, majority 26.

The Resolution Foundation think tank warned that people in the North and in Yorkshire are most at risk from having their “wealth wiped out by care costs”, and said the changes approved on Monday would make the reforms worse.

Sally Warren, the policy director at the King’s Fund health think tank, criticised the change that was “sprung upon MPs with very little notice and with no impact assessment made available”.

“The change to the social care cap is a regressive step that will leave people with low levels of wealth still exposed to very high care costs,” she said.

“It is likely to mean that some people with moderate assets living in poorer areas will still be forced to sell their home to pay for their care, while wealthier people from richer parts of the country will be protected from this.”

“Instead they voted to tax ordinary working people, while the wealthiest in our country are unaffected,” the Labour MP said.

“It’s completely dysfunctional – and if social care goes down, the NHS goes down too.

“Whatever way we fund social care – and taking everything from those who have the least is not the way to do it – the system will continue to fail unless cash is ring-fenced for workers.

“That’s why GMB is campaigning for a £15 an hour minimum for care workers.”