By Joe Mellor, Deputy Editor SNP MP, Alison Thewliss, has raised her concerns about the plans to scrutinise females who have a third child due to a sexual assault. She believes it is stigmatising and has no place in the modern world. Thewliss is challenging the government’s tax credit proposal requiring a woman to justify […] 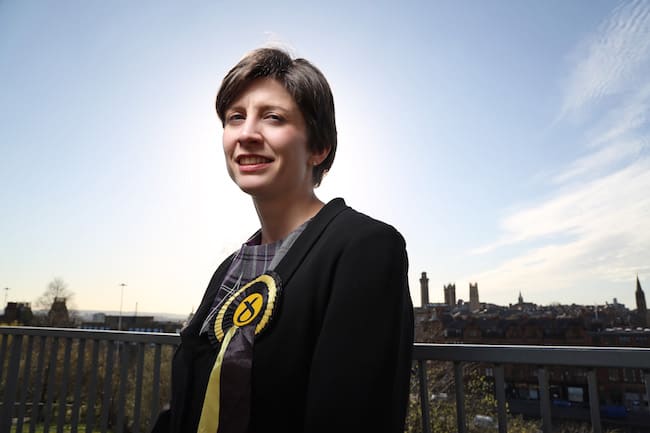 SNP MP, Alison Thewliss, has raised her concerns about the plans to scrutinise females who have a third child due to a sexual assault. She believes it is stigmatising and has no place in the modern world.

Thewliss is challenging the government’s tax credit proposal requiring a woman to justify her position to avoid losing tax credits, if she has been raped.

She was joined by other campaigners on Saturday in Glasgow to launch a poster campaign and website, demanding the Chancellor scraps the “rape clause”. The SNP MP has already raised the issue nine times in the Commons.

Alison said: “We think the policy on limiting tax credits to the first two children is appalling and tantamount to social engineering, but to put a woman who has been raped in a position where she needs to declare that to a government official is just abhorrent. This also stigmatises the child involved, which is surely against the UN convention on the rights of the child.

“I’ve raised this issue on the floor of the House of Commons on no less than nine occasions – yet the government still can’t explain how it will work and remains hellbent on pressing ahead with this draconian procedure.”

The child tax credit changes will, by 2017, restrict payments to only two children of new claimants, apart from in the case if multiple births. However, there are plans to assist women in the case of rape causing a third child or in another type of exceptional circumstance.

Angela Devine from Glasgow Women’s Aid, also attended the event with Thewliss and she said the planned government changes were discriminatory and untenable, she remarked: “As an organisation offering refuge and support to some of the most vulnerable women and children in our city, we know the damaging effect this clause could have on women who have already endured trauma.

“It is not uncommon for children to be the product of rape or coercive control and women should never be placed in the humiliating position of appealing to the DWP for benefits.”