“He has offered no explanation and I still believe he has shown no remorse. He has had numerous chances to take ownership of his actions.” 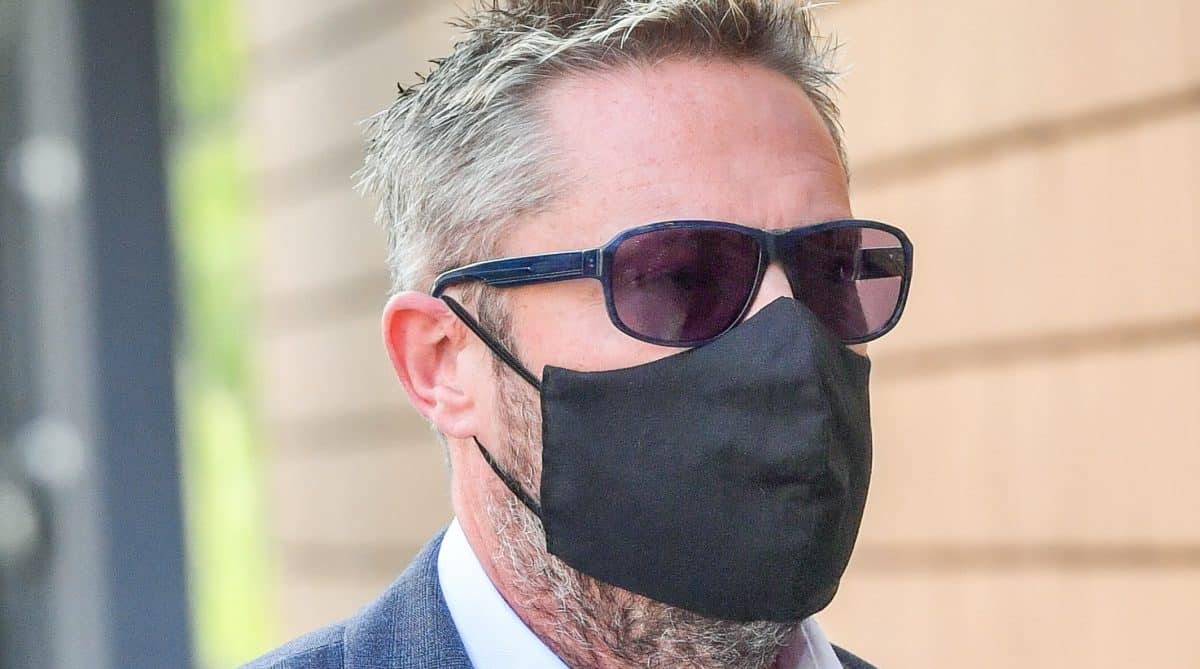 Lee Hawthorne, 41, was a member of Gloucester City Council when he attempted to film up the skirt of a woman in a TK Maxx store.

Following a police appeal, Hawthorne was arrested and subsequent investigations of computer equipment uncovered a 90-second video of a second upskirting offence, which had been recorded two months previously.

Hawthorne, a married father of two, later pleaded guilty to offences of attempted voyeurism and voyeurism.

CCTV taken from cameras inside the store showed Hawthorne follow his victim and crouch down twice behind an aisle of clothing to film underneath her skirt.

Ellen McAnaw, prosecuting, said: “The defendant sees her and almost immediately removes his phone from his pocket.

“Police investigations show he is now turning on his camera and he takes another mobile phone out and covers that phone in order to conceal what he is doing.

“He is seen to crouch down twice behind her and that’s the point she sees him on the floor, arm outstretched towards her legs, and forms the opinion that he was attempting to take a photograph up her skirt.”

Police launched an appeal for a suspect and Hawthorne later contacted officers and was arrested.

During investigations police found evidence of a second offence committed in April 2019.

In a victim impact statement, the first victim described her shock at the offending.

“I knew immediately what he was doing and felt disgusted,” she said.

“He has offered no explanation and I still believe he has shown no remorse. He has had numerous chances to take ownership of his actions.”

The second victim spoke of her disgust at her privacy being invaded by Hawthorne.

“When I was shown the video I suffered a huge amount of shock and distress. It is clear he had committed a very personal invasion of my privacy,” she said.

Gregory Gordon, defending, said Hawthorne had left his job following the incidents and was now unemployed.

“He is very fortunate to still be in a very positive, loving relationship and his actions have put her in turmoil as well, and that is something he has to live with,” Mr Gordon said.

The court heard one of Hawthorne’s two children is disabled and his wife is their registered carer and if he was jailed it would make life “extremely difficult” for his family.

“It would have a very large emotional impact upon the family beyond that which he has already caused to them,” Mr Gordon added.

Hawthorne, of Abbeydale, Gloucester, received a nine-month prison sentence, suspended for two years, and was given a two-year community order with 300 hours of unpaid work and 30 days’ rehabilitation.

He was also given a seven-year sexual harm prevention order and placed on the sex offenders’ register for seven years.

Passing sentence, Judge Martin Picton said: “The harm you did your victims is obvious and should cause you to feel deep shame because you wronged them very badly.

“It is difficult to understand how anyone could behave in the way that you did. It was deeply awful behaviour that is still resonating on your victims nearly two years later.”

Judge Picton said he was suspending the immediate prison sentence because of the impact it would have upon his family.

“I look at the pre-sentence report and what was going on your life at the time, and I don’t think anyone should underestimate the impact of finding themselves looking after a seriously disabled child,” he said.

“The one issue that persuades me not to make the sentence immediate is because of the impact upon your wife and children.

“While it can be legitimately said that is a thought you should have had when you chose to offend and stopped you offending, it is still a factor.

“I am sure there may be some who think it wrong but as the result of my analysis in my judgment the right course is to suspend immediate custody.”

Following his arrest, Hawthorne was suspended from the Conservative city council group and continued to sit as an independent councillor until his resignation last year.

Related: The Tory MP who tried to block upskirting bill is scared Christianity is ‘on the decline’