Ministers were "quick to condemn the protests outside the school but refrained from condemning the teacher for his insensitive behaviour", he said. 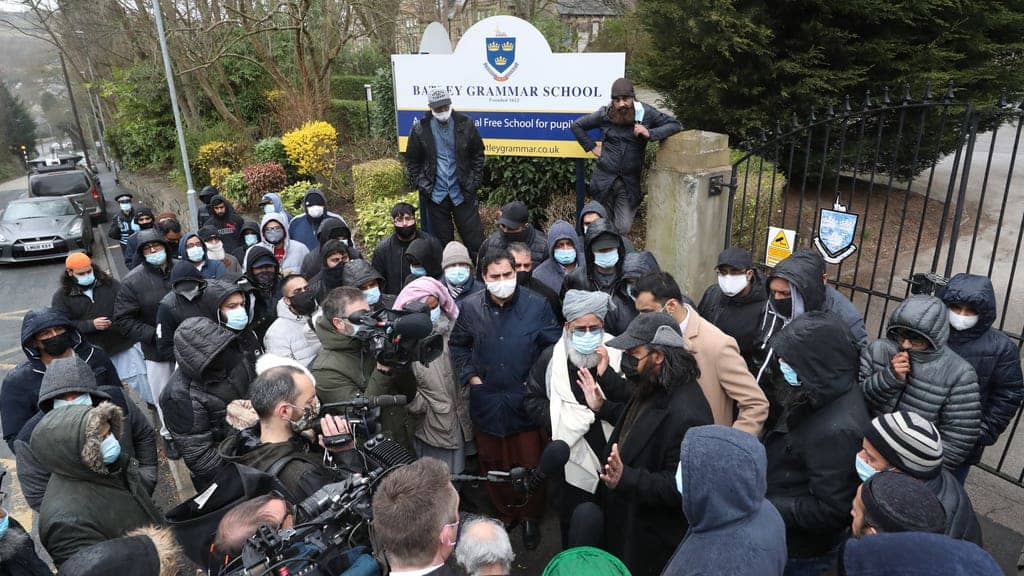 The head of the Ahmadiyya Muslim Youth Association (AMYA), the UK’s largest Muslim youth organisation, has penned an open letter to Boris Johnson after a “highly offensive” image was shown to schoolchildren by a teacher during a religious studies class on blasphemy at Batley Grammar School.

Las week Robert Jenrick condemned protests outside the West Yorkshire school after a member of staff showed students a cartoon, widely reported as taken from the French satirical newspaper Charlie Hebdo, deemed offensive to the Islamic faith during a religious studies lesson.

In an interview with the BBC, he said: “It must be right that a teacher can appropriately show images of the Prophet Mohammed.

“In a free society, we want religions to be taught to children and for children to be able to question and query them.”

In an open letter written to the PM, he said:

“It is a well-known fact that the display of derogatory depictions of the Prophet Muhammad (pbuh) are deeply painful to members of the Muslim community. The Prophet of Islam (pbuh) holds a unique position in the hearts of all Muslims and so depictions of him of any kind are profoundly distressing and hurtful.”

He further said it was a “stain upon the dignity of a Muslim to tolerate disrespect against any religious or national leader: whether that may be Muhammad (pbuh), Jesus (pbuh), Moses (pbuh) or any other Prophet of God.”

The Muslim youth leader also spoke out to condemn protests taking place outside the school. He said:

“As Ahmadi Muslims we unequivocally condemn the response of a minority of the members of the Muslim community who have protested at the school and it is indeed regrettable that the teacher involved has had to go into hiding.”

Quick to condemn protests but not “insensitive behaviour”

He also commented on the reaction of government ministers to the publication of the cartoon, adding:

“I note that these ministers were quick to condemn the protests outside the school but refrained from condemning the teacher for his insensitive behaviour.”

I just sent this letter to the Prime Minister in response to an extremely offensive cartoon depicting Prophet Muhammad shown recently at #BatleyGrammar School. I firmly believe it was wrong to show it & would feel the same if any other Prophet was mocked in this or any other way. pic.twitter.com/Nqwsv1B99N