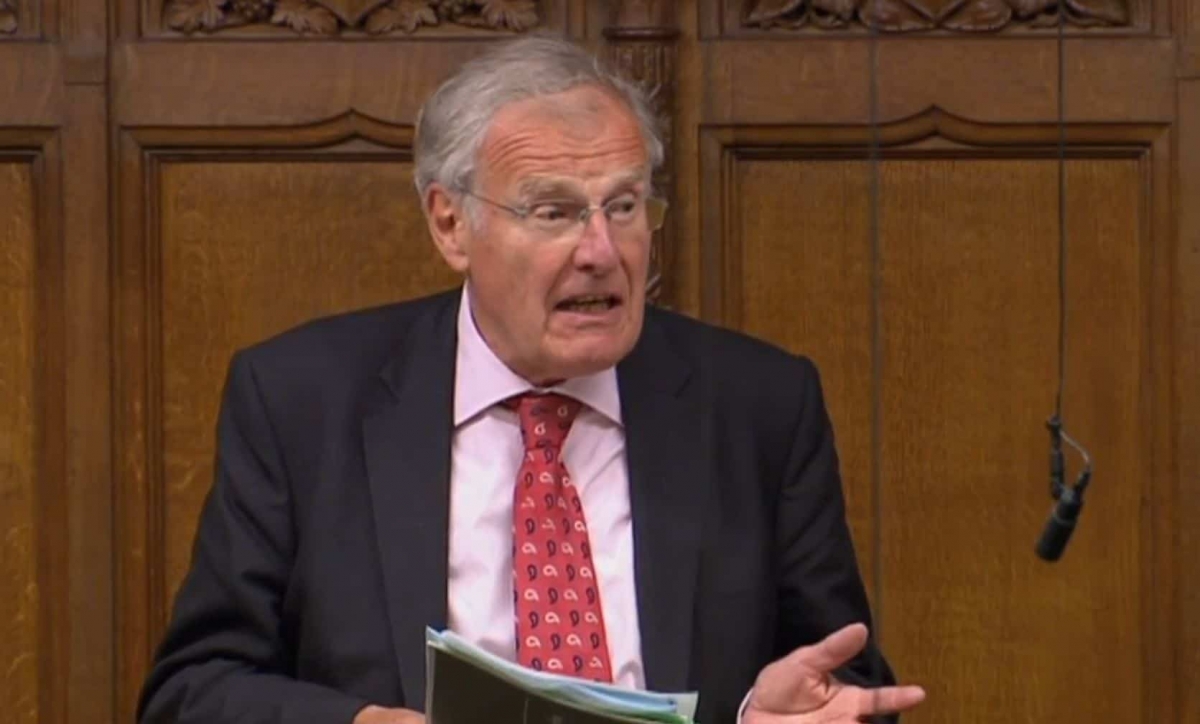 Sir Christopher Chope speaking in the House of Commons, London as Government-backed plans to criminalise upskirting have been derailed after being opposed by the Conservative grandee.

Sir Christopher Chope, a Tory MP who infamously sought to block a bill to make upskirting illegal,has lamented that Christianity is “on the decline” across Britain.

In the past Chope has shot down a number of bills including “Finn’s Law”, which would bring in tougher sentences for thugs who attack police animals. pardoning Alan Turing – which was supported by the Queen and same-sex marriage.

Now he has said he fears the decrease in the popularity of the name Christopher shows that Christianity is “on the decline” in the UK.

Chope made the comments during a debate on the Registers of Births and Deaths Bill which aims to reform the process, moving it from a paper-based system to an electronic register.

Earlier in the debate, Tory colleague Chris Loder (West Dorset) highlighted the process of registering baby names and said in England and Wales the name Christopher ranked 152nd in 2019. In 1996, by contrast, it was 25th.

“Because, obviously, Christopher is a name which has Christ in it and I fear that the Christian emphasis in our society is on the decline rather than on the increase.

Opening the debate for his private member’s Bill, Conservative former minister Andrew Mitchell told the Commons: “Registrars already use an electronic system to register births and deaths and have done so since 2009.

“But they are still required to keep paper registers securely in a safe due to the requirement and, I submit, outdated legislation.

“This Bill will remove the duplication of processes.”

He said the current system dates back to 1837, adding: “The effect of all these measures in terms of saving money for the taxpayer is over the next 10 years, on a conservative basis, we will save £170 million.”

Home Office minister Kevin Foster welcomed the Bill and said in the future people might be able to register a death from home “with a cup of tea to hand”.

He added: “At the moment it involves making an appointment and in some cases having to travel quite significant distances in a rural county to do what can be quite a sad and upsetting moment.

“Far better to be reassured that someone could do that at home in their own time perhaps with a cup of tea to hand than feeling it’s very much an administrative process.”

The Bill passed its second reading unopposed and will now progress for further scrutiny.