The Chinese ambassador to the UK has rubbished claims of concentration camps in Xinjiang after the footage emerged. 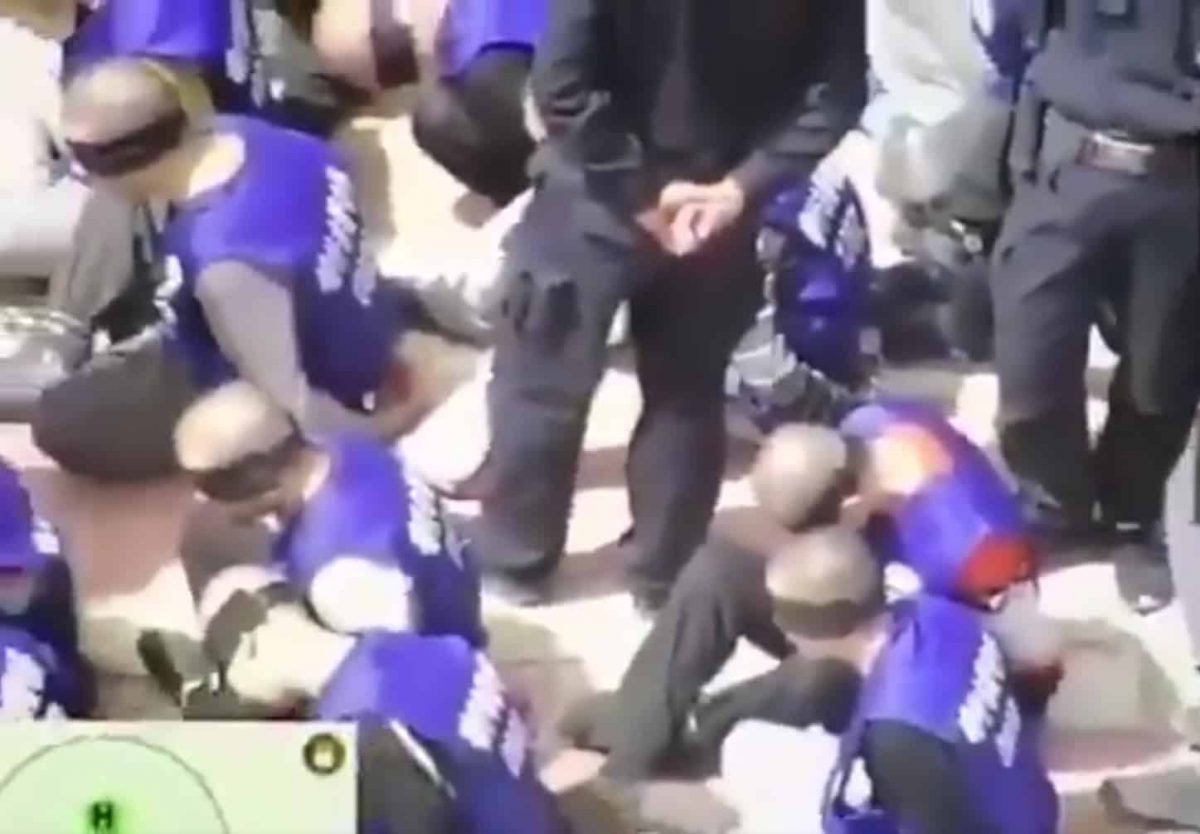 Shocking drone footage has emerged which appears to show Uighurs being blindfolded and herded on to trains in Xinjiang, China.

Mr Raab insisted that Britain wanted good relations with China but said it could not stand by while abuses such as forced sterilisations and mass re-education camps took place.

“It is clear that there are gross, egregious human rights abuses going on. We are working with our international partners on this. It is deeply, deeply troubling,” he told The Andrew Marr Show.

“The reports of the human aspect of it – from forced sterilisation to the education camps – are reminiscent of something we have not seen for a long, long time.

“This from a leading member of the international community that wants to be taken seriously and in fact who we want a positive relationship with. But we cannot see behaviour like that and not call it out.”

Uighurs sitting, bound and blindfolded, waiting to be loaded onto train cars and taken — somewhere.

“They could do that tomorrow,” she told The Andrew Marr Show.

It doesn’t help Britain’s economic prosperity to have failed to safeguard our national security.#Ridge pic.twitter.com/btO4G6UBMU

The Chinese ambassador to the UK Liu Xiaoming rejected the allegations of widespread abuses against the mainly-Muslim Uighur people, accusing “so-called Western intelligence” of making repeated “false allegations” against China.

He suggested video footage, said to be from Xinjiang, showing men, kneeling and blindfolded waiting to be led onto trains was “fake”.

“There is no so-called massive forced sterilisation among Uighur people in China.

“It is totally against the truth.

“I cannot rule out single cases for any country.

“There is no such concentration camp in Xinjiang,” he said.

He rejected claims China was pursuing a policy of aggressive nationalise saying it was Western powers which were trying to foment a new cold war.

“It’s Western countries, headed by United States, they started this so called new cold war on China,” he said.

“They have the sanctions, they have these smearing, name calling, take what happened with the coronavirus.