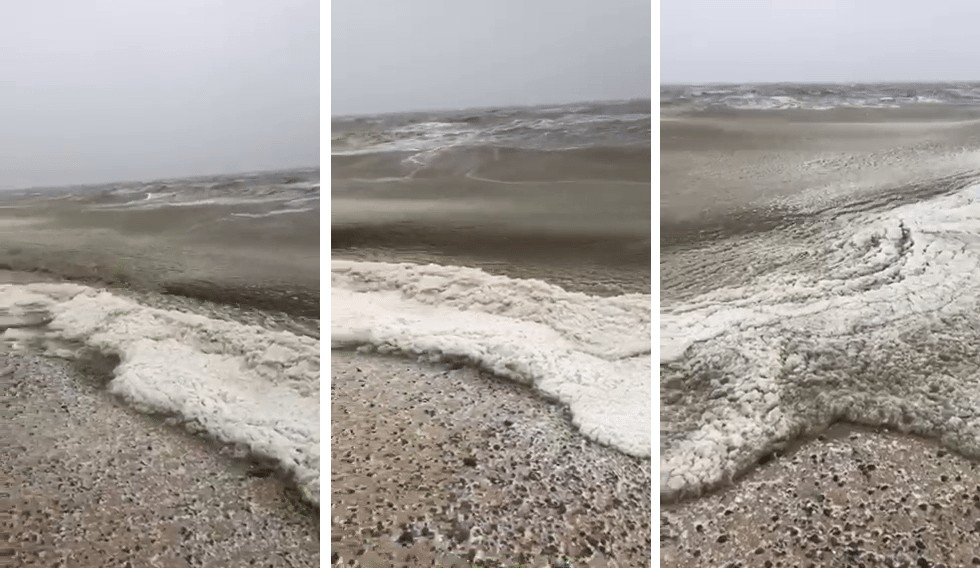 The UK is so cold that waves are freezing solid – the second they hit the shore.

Peter Olliver, 46, was left stunned as he watched the sea freeze right before his eyes.

The dad-of-two and Kent Fire Service instructor said it was the roughest weather ever seen on the Isle of Sheppey.

Peter said: “I just could not believe it.

“I was working from home and I went to take the dogs for a walk.

“It was like quicksand, the waves came back ten metres off and just froze.

“The sea had frozen, you had just massive blocks of ice.

“But the dogs loved it and jumped on the ice.

According to Peter, the last time the sea froze was 1963.

He caught the remarkable weather on camera on Thursday morning, but with temperatures staying below freezing in the Kent coastal town, the phenomena was expected to remain.

He added: “It was unbelievable.

“As the waves crashed onto the beach they froze instantly.

“The rest of sea about ten metres was all slushy like a Slush Puppy.

“Nobody was down there, it was too cold, but some cars had come to see it.

“It was like ten metres of slush puppy, it came right up to the seafront.”