One teaching union expressed a ‘weary, resigned sense of inevitability’ at the timing. 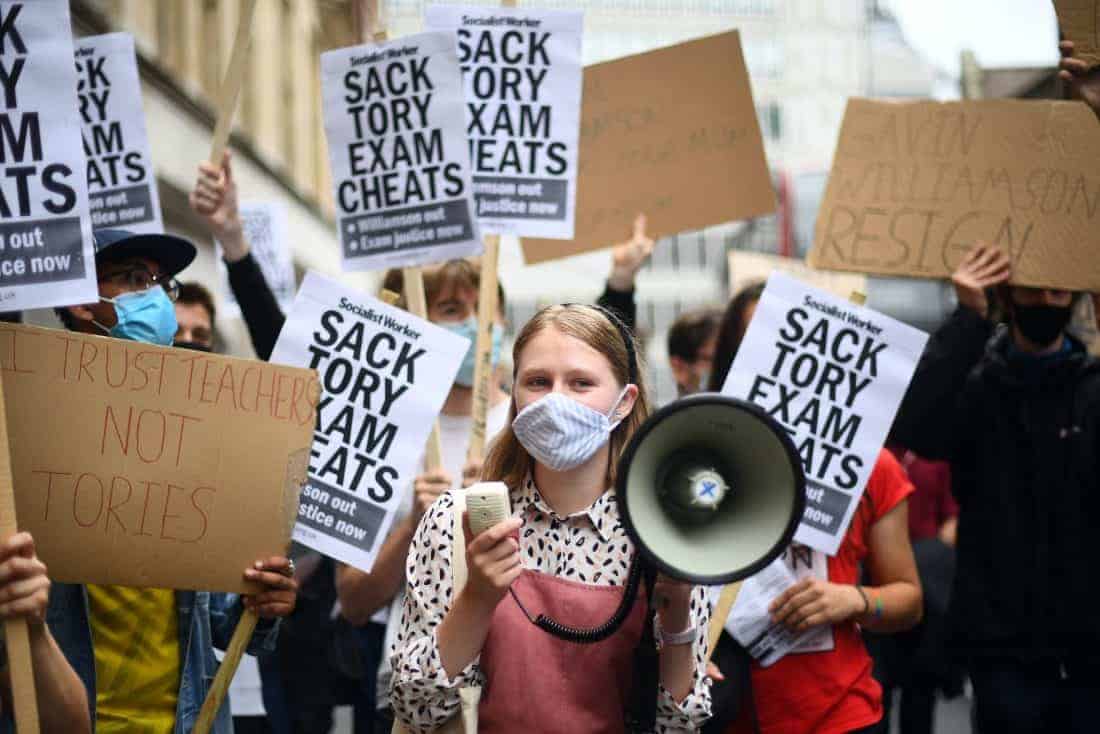 Teaching unions have criticised the Government for releasing guidance on schools in local lockdown areas – just days before pupils are set to return to classrooms.

A “rota system” limiting the number of students attending secondary schools at any one time could be used in areas with a significant rise in Covid-19 cases, according to guidance for England.

But while the new guidelines were welcomed by school leaders, one union expressed a “weary, resigned sense of inevitability” at the timing.

Published by the Department for Education (DfE) on Friday evening, it came just before the bank holiday weekend, with millions of pupils returning to class next week for autumn term.

Geoff Barton, general secretary of the Association of School and College Leaders, told BBC Radio 4’s Today programme: “I think, probably, the most polite response… is a weary, resigned sense of inevitability that here we are again, right at the last minute with something that we have been accused of expressing treachery in asking for – where’s the plan B in case of local lockdown – at last it has arrived.”

He said: “It was obvious weeks ago that lockdown advice was necessary.

“The Government’s decision to publish this at 9pm on the Friday of the bank holiday weekend before most schools are due to return is nothing short of reprehensible and demonstrates a complete lack of regard for the wellbeing of school leaders and their teams.”

Labour’s shadow education secretary Kate Green said that, while the guidelines were “long overdue”, the timing of the release of information was “unfair” to head teachers and school leaders.

“School leaders have been asking all summer for information about what they should do in the event of local restrictions in their area,” she told Sky News.

“And really unfair, I think, to heads, that (the guidelines) are sent out late on a Friday night, at the start of a bank holiday, days before the first day of the new school term.

“Heads are going to feel under a lot of pressure now over this weekend to start looking at these, thinking about how they will implement them in their schools, whether they will have to make any changes to arrangements they’ve already put in place.”

The staggered approach will reduce how many people students come into contact with, helping to break transmission chains by giving enough time at home for symptoms to become apparent, according to the guidance.

If an infection is confirmed, schools should contact their local health protection team, who will carry out an assessment to confirm who had been in close contact with the positive case and ask them to quarantine for 14 days.

The announcement was amended shortly after it was published, removing guidance that said entire “bubbles”, which could be a whole school year, may need to self-isolate.

Any suspected coronavirus cases will need to self-isolate and get tested, the guidance adds.

Education Secretary Gavin Williamson said any changes to school attendance “will only ever be an absolute last resort”.

He added: “However, it is important that both Government and schools prepare for a worst case scenario, so this framework represents the sensible contingency planning any responsible government would put in place.”

Schools should base their plans on a four-tier system, and the extra measures for secondary schools should kick in at the second tier, according to the guidance.

A tier 2 response will see secondary schools and colleges in a restricted area moving to a rota system, which means pupils will spend two weeks on-site followed by two weeks at home.

All schools remain open at tier one, while tiers three and four mean more stringent restrictions such as closures to all but pupils in vulnerable groups or children of key workers.