With the yachts of Putin's cronies "bobbing aimlessly in a far-off port", could Brexit Britain be about to embark on the ultimate Scrapheap Challenge? 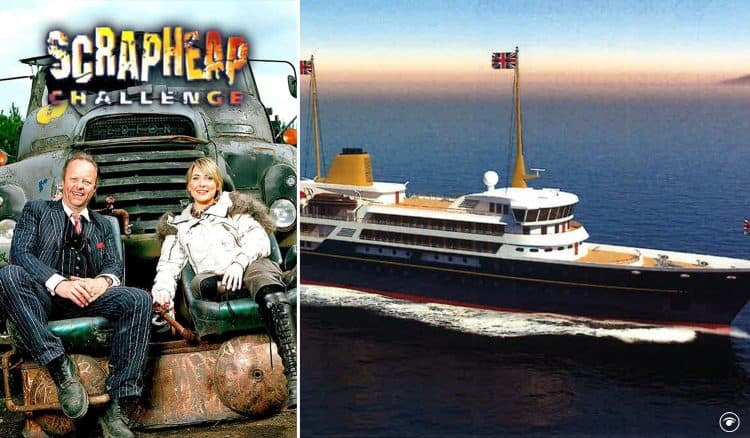 The new Royal Yacht Britannia could be made using seized Russian oligarch’s yachts, a Telegraph associate editor has suggested.

With vessels belonging to Putin’s cronies “bobbing aimlessly in a far-off port”, Christopher Hope suggested that one of them could provide a replacement for the old Britannia, “saving the cash-strapped government hundreds of millions of pounds at the height of the cost-of-living crisis.”

It is understood that the final design for Britain’s new national flagship could be unveiled ahead of the Queen’s Platinum Jubilee celebrations, with a new national shipbuilding strategy committing to unveiling the design.

But the £250 million vanity project has provoked outrage at a time when countless numbers of people are expected to be pushed below the poverty line.

As many as 1.3 million Brits – including half a million children – are expected to be plunged into poverty after Rishi Sunak’s Spring Statement, devastating new analysis has revealed.

A typical working-age household will see their real income fall by four per cent next year – a loss of around £1,100, the Resolution Foundation think-tank said.

Finding alternative funding for Brittania, therefore, could be an attractive proposition, and it isn’t without precedent.

Talking to the Telegraph, Richard Johnson-Bryden, author of Britannia – the Official History, says: “The idea of converting an existing superyacht into an economic replacement royal yacht is nothing new.

“After the Second World War, a number of large motor yachts were evaluated as economic replacements for HMY Victoria & Albert, including the German yacht Grille, which was described as Hitler’s ‘royal yacht’, even though no evidence existed at the time to prove that Hitler used her in such a capacity.”

George VI, the Queen’s father, then made it clear that he would “accept a rebuilt Grille, if there was no other way of giving him a seagoing yacht”, Johnson-Bryden says.

A further option was Turkey’s desire to sell the yacht Savarona, purchased for Mustafa Kemal Atatürk, the late president.

None of these schemes came to fruition – but they seem to have given some food for thought.