In a survey of nearly 6,500 teachers just one per cent thought the government's new plan would be 'very effective.' 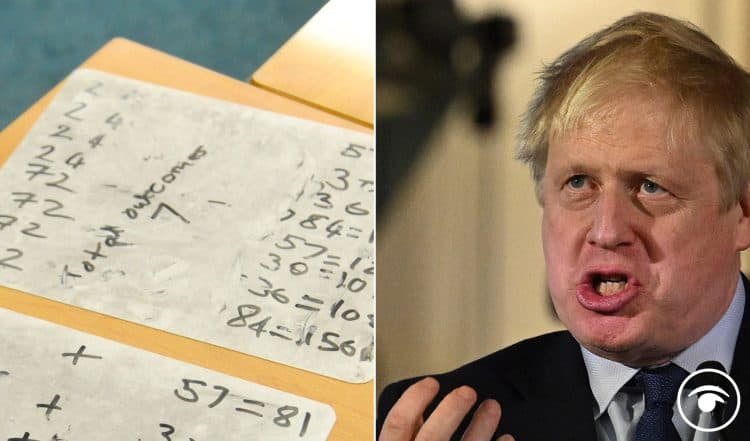 This week the PM announced the ‘Parent Pledge,’ but it has not been well received by the teaching community.

In a video, he said: “If your child falls behind in maths or English, we are asking schools to intervene and help them get them back on track. That’s our pledge to every parent. It’s part of the central mission of this government: to unite and level up across the country.”

However, less than a fifth of teachers think that the new “Parent Pledge”, introduced in the Schools White Paper on Monday, will make a difference to standards.

The White Paper included a “Parent Pledge” for pupils falling behind in maths and English, with tutoring made available for any children struggling with literacy or numeracy.

It said that parents would be kept informed of their child’s progress through the scheme, while schools should monitor pupils’ learning through “robust” testing.

Education Secretary Nadhim Zahawi said on Monday: “The parent pledge is that any child that falls behind in English or maths will receive timely support to enable them to reach their potential.”

But in a survey of nearly 6,500 teachers by the Teacher Tapp app, just 1 per cent said they thought the policy of requiring schools to tell parents that their child was falling behind in literacy or numeracy, as well as to provide targeted support, would be “very effective”, while 16% said it would be “fairly effective”.

The majority – 70 per cent – said it would be fairly or very “ineffective”, while 12 per cent said they were unsure.

Geoff Barton, general secretary of the Association of School and College Leaders, said: “It is hardly a ringing endorsement of the Parent Pledge initiative that the majority of teachers think it will be fairly or very ineffective.”

“The Parent Pledge seems to us to be more of a gimmick designed to grab headlines rather than a meaningful policy,” he said.

“Schools already track the progress of their students, put in place strategies to help support them if they fall behind, and report this to parents through existing channels such as parents’ evenings.

“The risk is that the Parent Pledge will create an expectation of specific support on demand, which is not realistic because schools have to think about all their students within the constraints of available resources and budgets which are extremely tight. It would not be at all helpful if this in turn leads to disputes between parents and schools rather than helping them working together.”

“A pledge without a plan is just wishful thinking.”

One blistering critique of the government’s plans was from the Secret Headteacher Twitter account, a primary school headteacher with a large following.

They tweeted: “Hi everyone. Don’t fall for this. Schools up and down the country do this every day, week, term, year. It’s called education. Schools that don’t are in a tiny minority.

“Another attempt to undermine and fracture. Don’t let them get away with it.”