"There was widespread drunkenness with many guests rude to the staff and crashing into them." 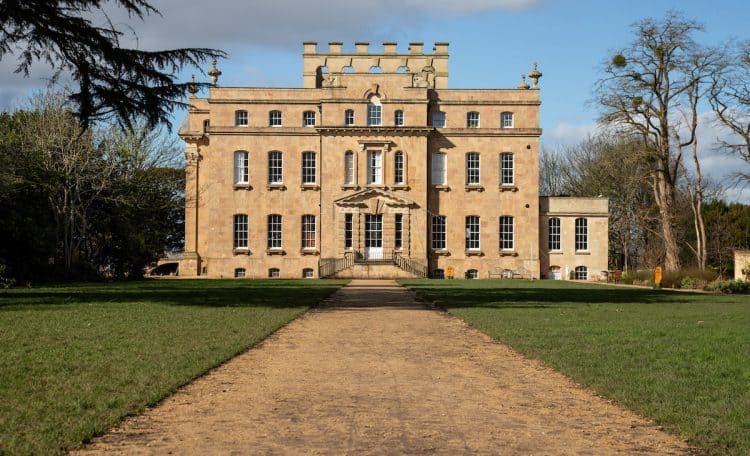 Students from a prestigious university medics’ society have been threatened with police action – after ”wrecking” a Grade-I listed home.

Galenicals – the University of Bristol Medical Students’ Society – were accused of taking cocaine in the loos and stealing a rare bronze statue.

The “absolutely wired” students were said to have sparked chaos at the 303-year-old Grade I listed Kings Weston House in the city.

The owners of the house have since been compensated by Bristol University for the damage.

Further damage was also done to the house’s bathrooms where hand driers were ripped off the walls and soap dispensers broken.

The most expensive damage was said to be dealt to a three-legged mahogany table – the leg being snapped off and remaining missing.

Part of a rare bronze statue of two cherubs was eventually returned after threats of police action.

The owners of the house have since been compensated by the university for the damage – but were ‘dismayed’ by the vandalism.

John Barbey, part-owner and Director of Kings Weston House said: “It was the first time we had had vandalism and theft after almost a year of events and the last thing we had expected.

“At one point, people were dancing on the Italian sideboard in the Ballroom.

“Especially towards the end there was widespread drunkenness with many guests rude to the staff and crashing into them carrying trays.”

An investigation has since been opened by the university to review what happened.

A University of Bristol spokesperson said: “We have been made aware of unacceptable behaviour which occurred at the medical student ball earlier this month.

“This is obviously incredibly disappointing but it must be stressed that the majority of attendees behaved impeccably and their reputation should not be tarnished by the actions of a few.

“We are investigating and considering what appropriate action needs to be taken.”

The university further says they will use tuition fee money to repay Kings Weston House for the damage – saying this will ensure some of the cost is paid by the perpetrators.

In their email to medical students, the Programme Directors and Senior Tutors confirmed there was “evidence of vandalism, theft and drug taking”.

They reminded the students that they are held to the standards of the General Medical Council and could even face criminal prosecution if uncovered.

They wrote: “This can have consequences for your future.

“We don’t say this to frighten you needlessly, but rather because we need you all to be aware of the consequences – as individuals – of your actions.”

The night was billed by organisers as “a good time all round” with live music and fairground rides.

One student at the event said they felt the event was out of control before it had even begun.

They explained: “I arrived about an hour after the event was scheduled to start and straight away wasn’t allowed into the venue because, according to security guards, Galenicals had sold hundreds of tickets over-capacity.

“I spent about an hour and a half in the rain waiting to get inside into the event alongside about 50 other medics, one of whom had fallen over in the shove to get inside.

“She was bleeding and crying, the security guards refused her entry.”

The Bristol University Galenicals Society has since been banned from holding events at the site in the future.