Police are investigating this shocking footage shared by an anti-hunting group that appears to show the moment hunt supporters drag a terrified fox out of its hole before throwing into woodland to be hunted by a pack of hounds. The controversial footage appears to show huntsmen flushing the fox out of an underground drainage pipe […] 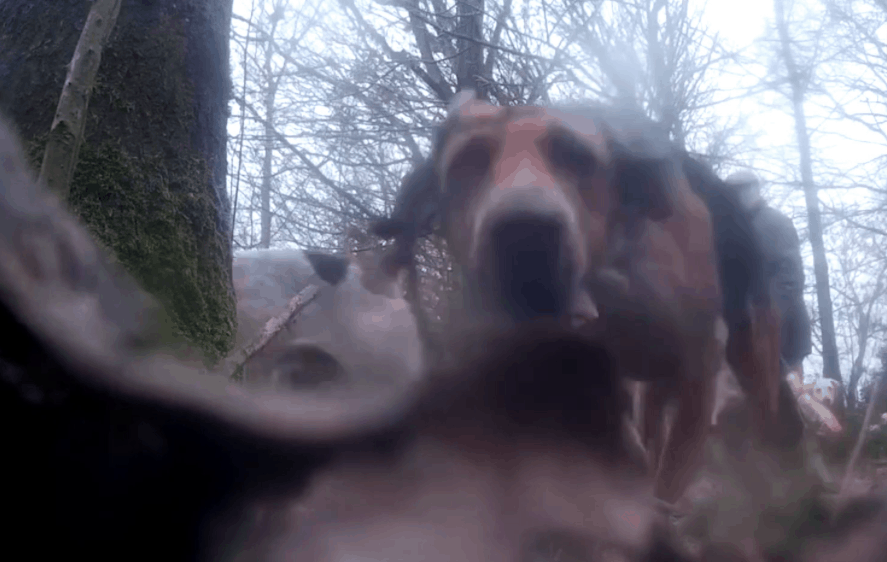 Police are investigating this shocking footage shared by an anti-hunting group that appears to show the moment hunt supporters drag a terrified fox out of its hole before throwing into woodland to be hunted by a pack of hounds.

The controversial footage appears to show huntsmen flushing the fox out of an underground drainage pipe using a rod with a brush on the end.

It is then forcibly pulled out of the end by its back legs before being slung into nearby trees.

The video – captured on secret cameras planted by anti-hunt campaigners on New Year’s Day – then shows a pack of hounds running past the scene sometime later.

According to the Hunt Saboteurs Association (HSA) the video is evidence that supporters of the Kimblewick Hunt are involved in fox-hunting.

It is illegal to hunt and kill a wild mammal with dogs in England and Wales unless there is a valid exemption.

After viewing the video Chris Williamson, Labour MP for Derby North, and a former hunt saboteur, said: “Hunts up and down the country are routinely flouting the hunting ban.

“This arrogant disregard for the law of the land can only be stopped if the loopholes in the legislation are removed.

“That is why Labour have recently pledged to strengthen the Hunting Act and ghastly incidents like this underpins that commitment.

“Tougher penalties are essential, including prison sentences for persistent offenders, if we are to deliver the wildlife protection that parliament voted for over 14 years ago.”

The HSA say the incident has been reported to Thames Valley Police which has confirmed they are investigating. No arrests have been made.

The hunt saboteurs say the footage was filmed in Moreton, near Thame in Oxfordshire.

The video appears to show four terriermen discussing which way they want the fox to be released before using draining rods to force it out.

Shouts of “hold hard” heard in the distance are mounted members of the hunt telling riders to hold their positions until the fox is released, they claim on the video.

The Kimblewick Hunt is based just outside of Aylesbury, Bucks, and covers an area roughly the size of Cornwall and includes parts of High Wycombe and Chesham.

Lee Moon, spokesman for the HSA, said: “Incidents like this prove time and again that hunts throughout the UK are still totally focused on hunting and killing live animals.

“In recent years the South Herefordshire, the Middleton, the Pytchley, the Belvoir and now the Kimblewick have all been implicated in keeping captive foxes to hunt, showing that this behaviour is commonplace amongst hunts.

“Even with this concrete proof of illegal hunting, on one of the most high profile days in the hunting calendar, we expect the MFHA [Masters of Foxhounds Association] to do nothing.

“Unless they immediately suspend the Kimblewick it’s an admission that this kind of activity is still commonplace amongst their member hunts and considered totally acceptable in the hunting community.”

“It cannot, however, investigate criminal allegations or take any action that would interfere with or impede a possible police investigation.”

A spokesperson from the Countryside Alliance said: “All hunts should be operating within the law.

“There are exemptions to the Hunting Act, and other legal options, which can be used to cull foxes and most hunts still offer a fox control service.

“However unjustified the Hunting Act is it should be adhered to.”

The controversial Kimblewick Hunt came under fire earlier last year amid claims they were putting livestock at risk by parading at the Bucks County Show.

Dozens of hunting hounds were put down following an outbreak of bovine Tuberculosis (bTB) at their kennels in 2016.

“It cannot, however, investigate criminal allegations or take any action that would interfere with or impede a possible police investigation.’