They said Home Office operations “lack compassion”, are “expensive and harmful” and are “aimed at people who are no threat to public safety”. 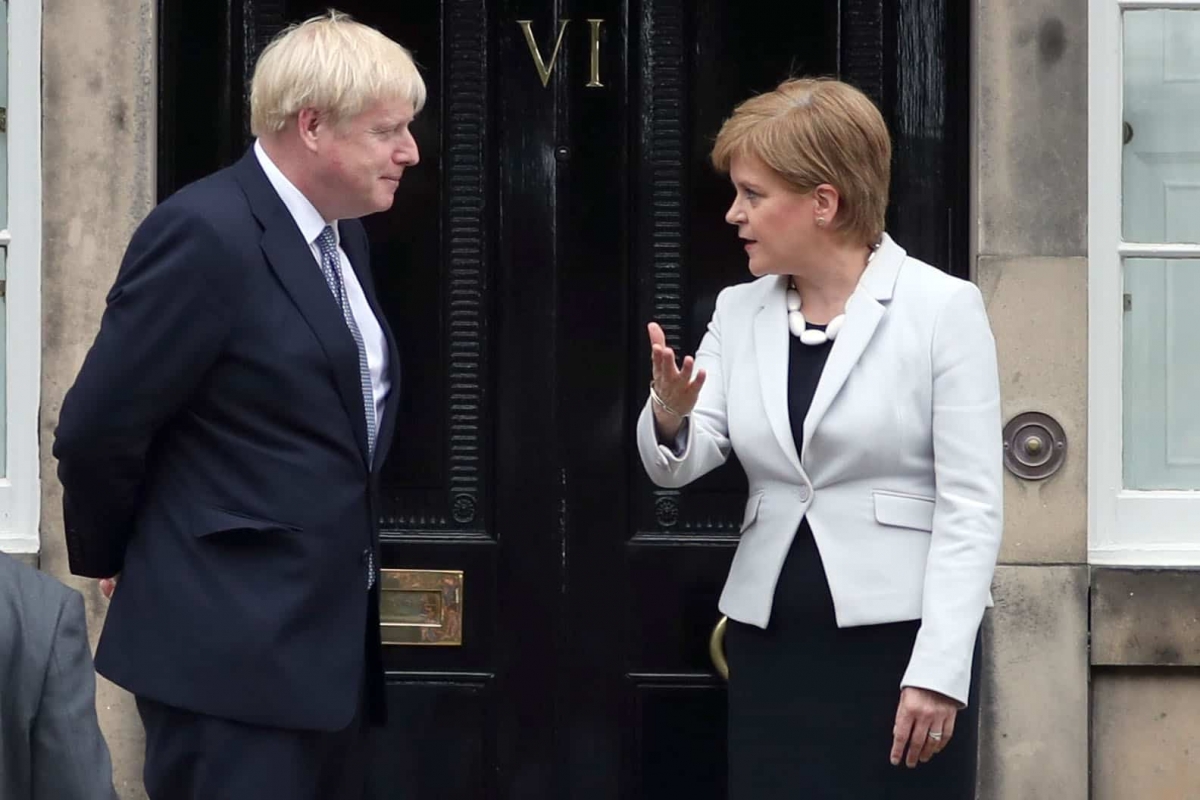 The moves comes after, last week, a peaceful protest stopped the detention of two men who live in the city.

The signees come from across political parties, The Guardian has reported. They include Nicola Sturgeon, Scottish Labour leader Anas Sarwar and Scottish Greens leader, Patrick Harvie.

In a letter, they said: “We are proud to say that, for more a decade, regardless of who has been in power in Scotland, there has been cross-party opposition to dawn raids.”

They said the Home Office operations “lack compassion”, are “expensive and harmful” and, most of the time, are “aimed at people who are no threat to public safety”.

Sabir Zazai, the CEO of the Scottish Refugee Council, said: “We need Police Scotland to use the operation notification process to push back on the over-the-top and scary Home Office raids that have no place in Glasgow or Scotland.”

With immigration enforcement in the hands of Westminster politicians, Police Scotland usually receive an operation notification form informing them of a raid.

The two men who were targetted are Indian nationals Lakhvir Singh and Sumit Sehdev. They had been living in Glasgow for a few years and have family connections in the city.

They were eventually released following a crowd of local residents and activists, who prevented the van in which they were held from driving away.

Since the events on Kenmure Street, campaigners have raised concerns about Police Scotland being notified and potentially called to raids by the Home Office.

There have been demands for greater transparency around the protocols used, tighter limits on them and clearer communication between the Home Office, the police and the Scottish government so that enforcement raids only occur when there is serious risk to public safety.

Chris Philp, the UK government’s minister for immigration compliance and justice, described the raid as “a routine, lawful operation”. He added: “The police were informed of the visit in advance through an operational notification form and raised no concerns”.

Graham O’Neill, policy officer for the Scottish Refugee Council, said his organisation demands that police enforces strict limits on the use of immigration enforcement in Scotland.

He said: “We ask Police Scotland to use its expertise, intelligence and position, in relation to the Home Office enforcement notification process, to advise for strict limits upon the use of immigration enforcement actions in the community in Glasgow and in Scotland, and especially never directly targeting those in asylum accommodation.”