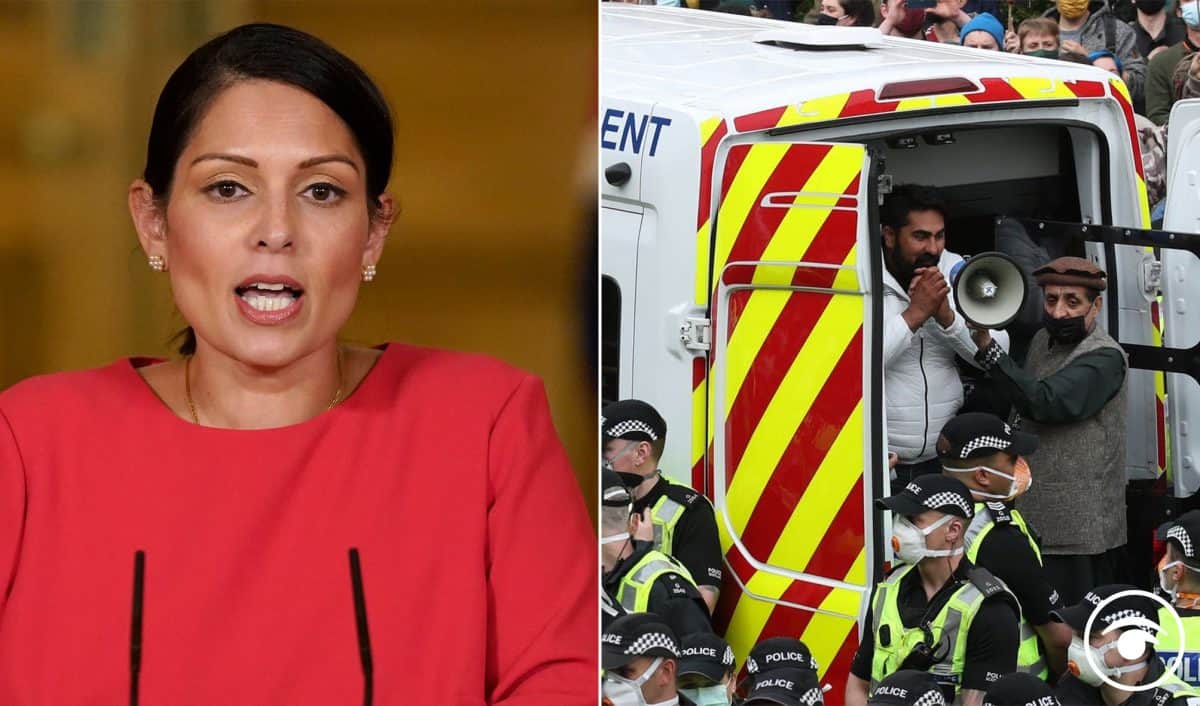 Police have released men detained by Border Force officials in Glasgow after protesters surrounded their van and prevented it from leaving.

Demonstrators in Kenmure Street, Pollokshields, blocked the immigration enforcement van for hours on Thursday, with one lying underneath the vehicle.

Shortly after 5pm, Police Scotland released a statement saying the men would be released.

One of the men, Lakhvir Singh, 34, from India, spoke to the PA news agency through a translator.

He said: “I’ve been astonished and overwhelmed by the support I’ve received from the people of Glasgow.

“At around 9.30am immigration enforcement carried out a raid and we were taken to security in the van.

“There were only five or six people at the time but word spread and then there were crowds of hundreds.

“We are so grateful for the support.”

Nicola Sturgeon has said the Home Office needs to ask “itself hard questions” after mass protests took place over the detention of men in Glasgow.

Of course not everyone agreed with their release, but those that did indicated it showed the strength of community of the people of Glasgow and the support from around the UK and beyond.

Why would I care about asylum seekers in Glasgow? Simple. Because I wouldn’t be here if my grandfather hadn’t been given haven as a refugee from the Armenian genocide.

Given the British Isles were covered in ice 10 thousand years ago, we’re all bloody immigrants