"It is clear the immigration system is not meeting Scottish businesses’ and the wider Scottish economy’s needs," finance secretary Kate Forbes has said. 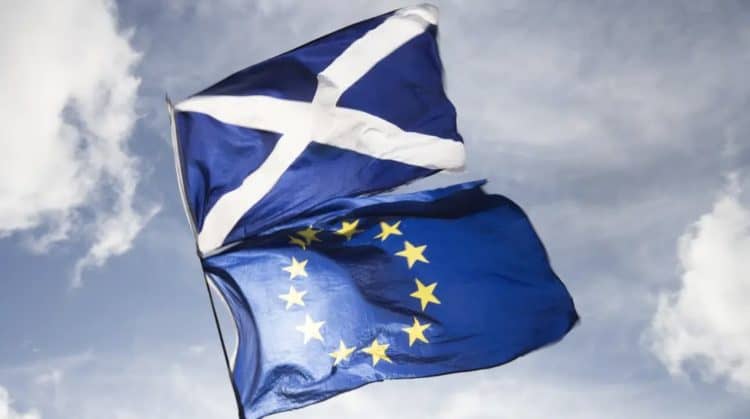 MSPs have voted to urge the UK government to reform the immigration system after noticing the impact of worker shortages on the economy.

A motion by finance secretary Kate Forbes passed by 68 votes to 55 in the Scottish Parliament.

The SNP politician argued the Covid pandemic together with Brexit caused shortages which impacted various sectors in recent months, such as food deliveries.

She said: “We need action, we need engagement from the UK Government – we need a migration system that works for Scotland.

“And yet, it is clear the immigration system is not meeting Scottish businesses’ and the wider Scottish economy’s needs.”

She added: “Immigration impacts on our economy, on our public services and on our communities and we need a commitment to genuine ongoing engagement and we need a migration policy that’s tailored to Scotland’s distinct needs.”

Forbes asked the UK government to set up a task force in order to tackle labour shortages, according to PA news agency.

The Scottish government has previously proposed a tailored immigration system for Scotland at the beginning of 2020, but was rejected out of hand by the Tories in Westminster.

But figures revealed by Royal Bank of Scotland revealed that the number of permanent job applicants in September 2021 was at its second lowest since records started – 14 years ago.

Scottish Tory MSP Liz Smith insisted Brexit is not the only reason for labour market problems – and then proceeded to put forward a motion to remove any mention of Brexit from the Scottish government motion. Her amendment fell by 30 to 93 votes.

“I think there is plenty of evidence to hand to demonstrate that several of the current problems existed long before Brexit – long before Covid, indeed,” she said, arguing there are “far more deep-seated problems at stake”.

Smith shifted the blame from Westminster to the Scottish government, arguing the SNP failed to listen to businesses and put in place measures to close the skills gap, increase apprenticeships and help employers train workers.

Labour MSP Paul Sweeney agreed Brexit is not the only reason why there are labour shortages, adding: “While the pandemic may have exposed those fragilities, they are, in part, caused by an underlying lack of an industrial strategy – one that underpins upskilling, increases productivity and makes strategic public investments.”

Meanwhile, UK manufacturers warned Brexit will add to rising costs, amid a cry for EU migrants.