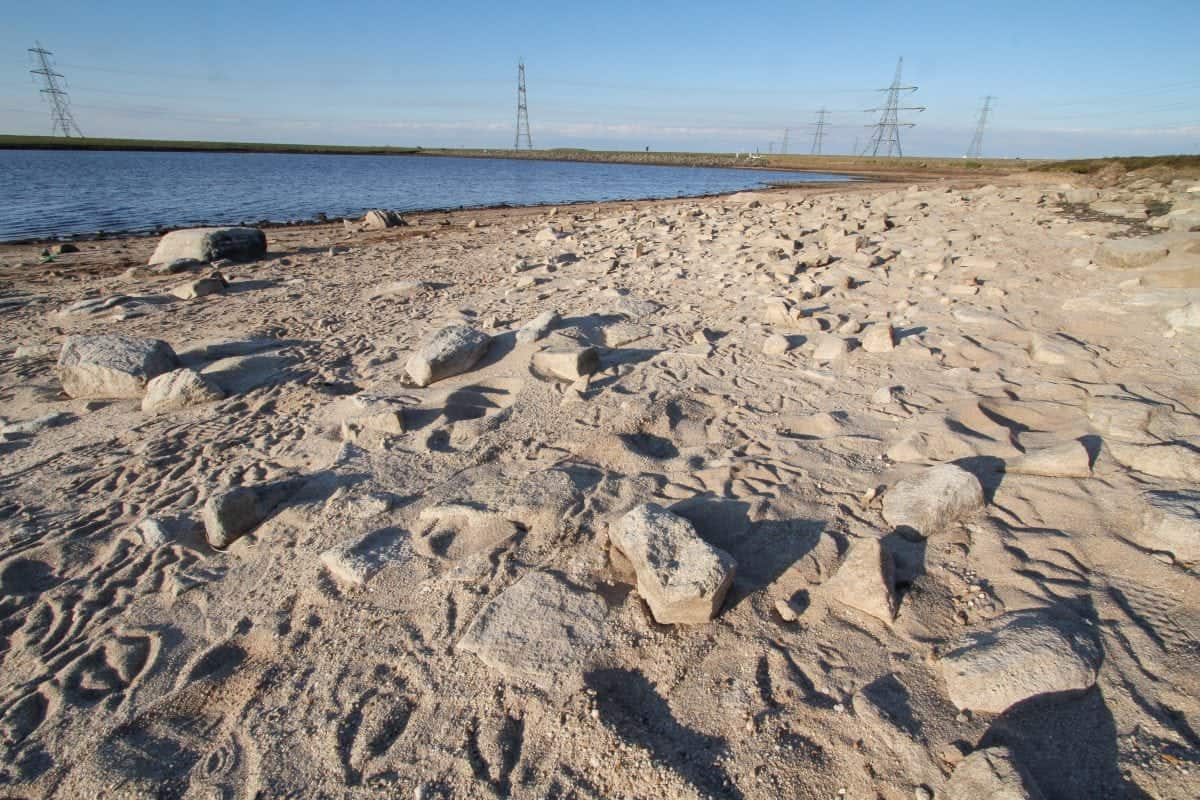 These dramatic pictures show how Britain’s heatwave has turned part of a reservoir 1250ft high up in the Pennines into a DESERT.

Blackstone Edge Reservoir, which rests on the borders of Rochdale in Manchester and Calderdale in Yorkshire, has left sand, sediment and grit in the wake of Britain’s scorching weather.

The plummeting temperatures leaves the reservoir surrounded by snow during six months of the year – but has become dry and barren during the past three weeks. 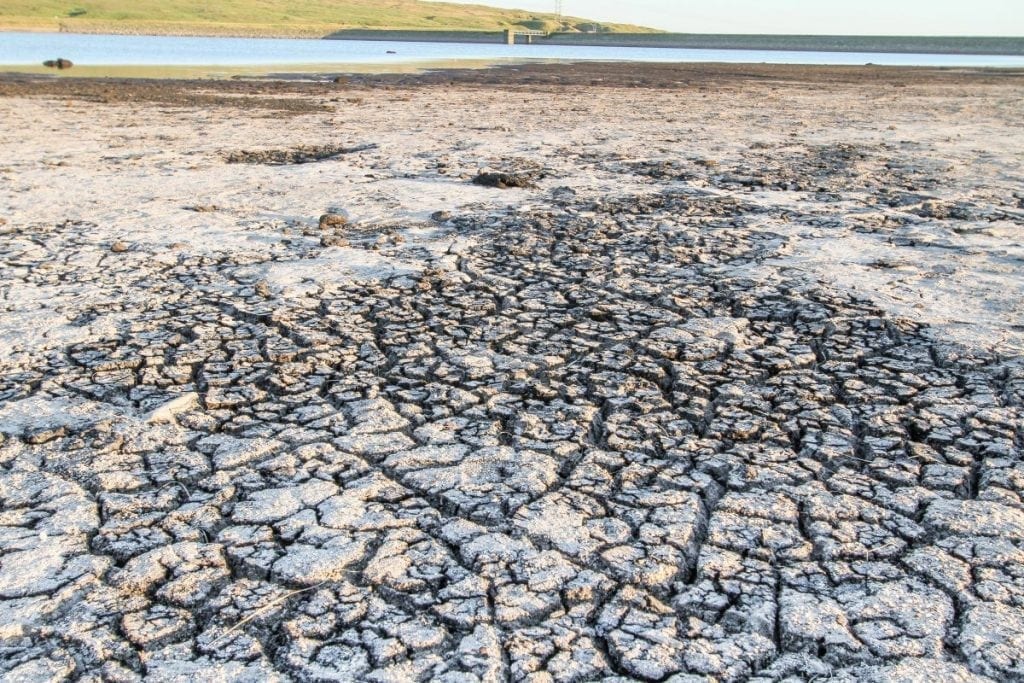 Ian Brown from Mancuian band Stone Roses famously said the inland metropolitan county of Greater Manchester “had everything except a beach” – and now it has one.

Photographer Phil Taylor, 57, of Bolton, Grtr Mancs, discovered the photo during a trip up to the Pennines.

He said: “I couldn’t believe it, when you look up at the blue skies and have sand between your toes it’s hard to think you’re a) in Manchester and b) 1250ft up. 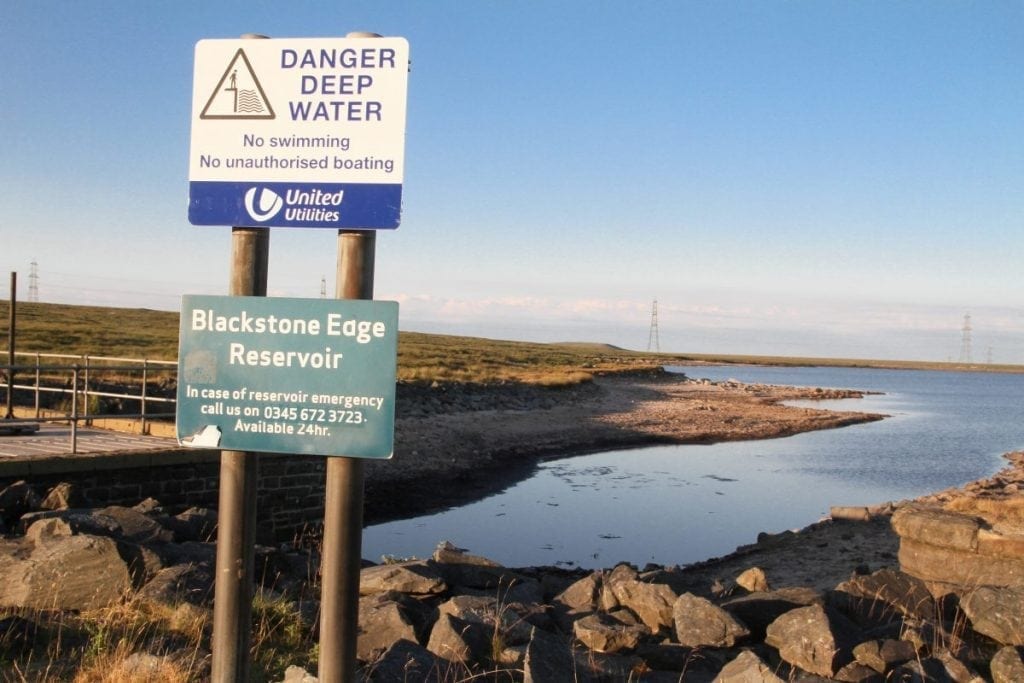 “It’s hard to tell if there will be anything left of the reservoir at all.

“On July 16 we’re suppose to start getting thunderstorms, but after that it’s back to roaring heat – so I’ll have to come back and see if it’s still here.”

Water levels at Blackstone Edge, which is owned by United Utilities, have been slowly dropping since June 15 after temperatures topped 27 degrees. 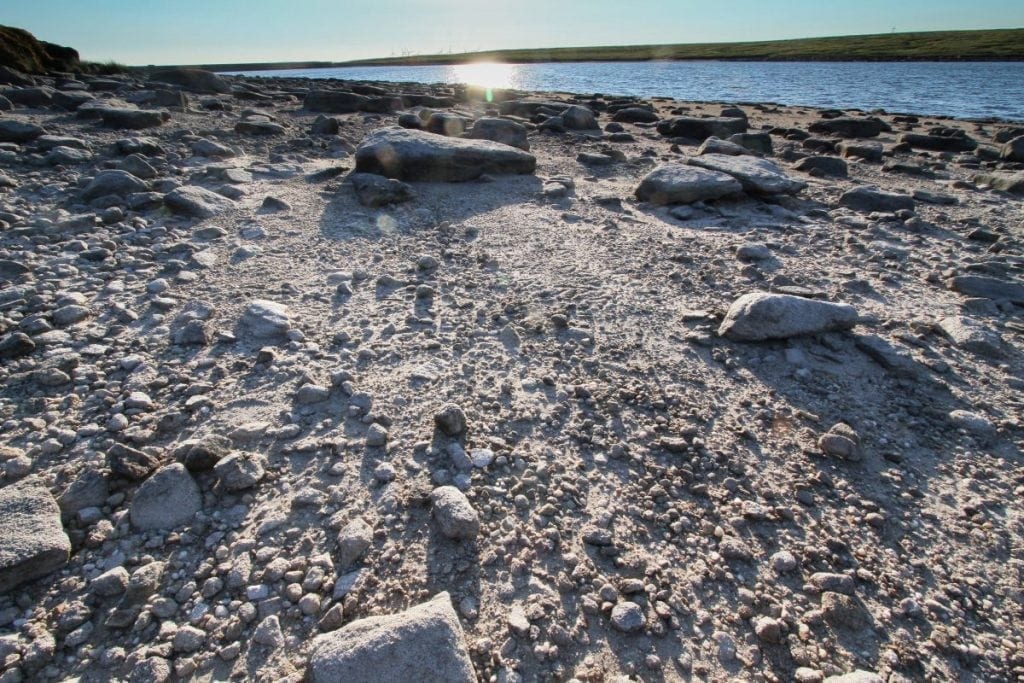 Cracks in the reservoir bed are even big enough to slide a hand inside.

Mr Taylor added: “The deep cracked sediment and sand at the bottom of the reservoir bed makes for a fantastic picture. 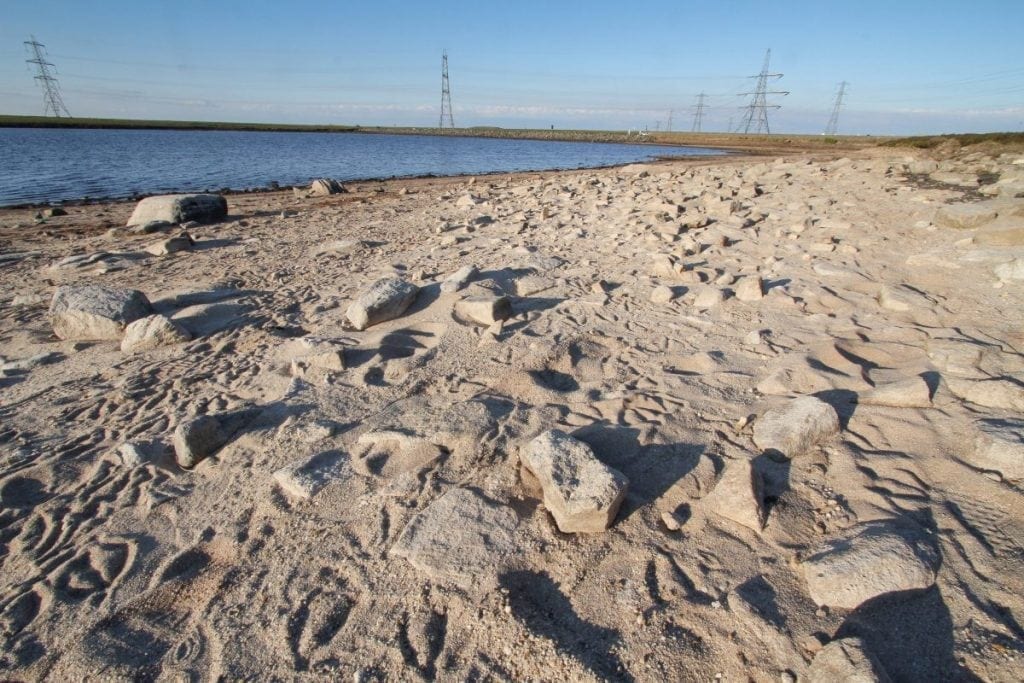 “It does look like a fantastic beach, albeit with clumps of peat and Millstone Grit boulders.”