The groundbreaking discovery comes after researchers found antibodies originating from the woolly mammal which could stop cancerous cells from multiplying. 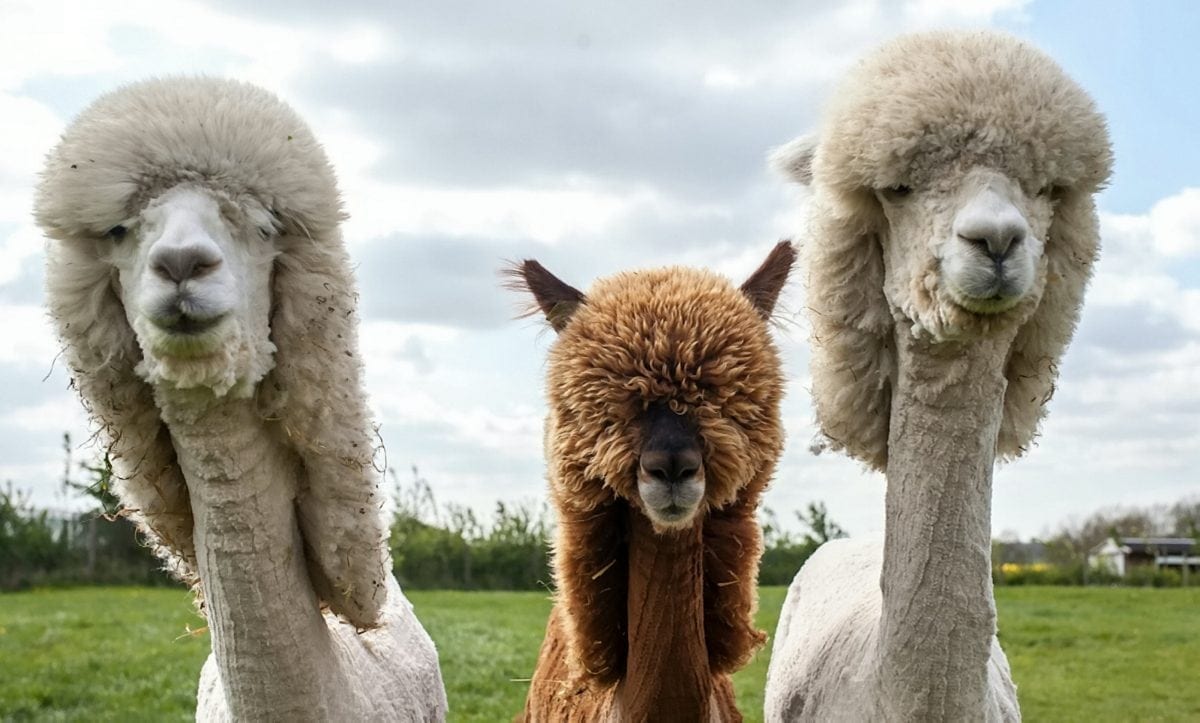 Scientists reckon they may have found a potential new treatment for cancer – using ALPACAS.

The groundbreaking discovery comes after researchers found antibodies originating from the woolly mammal which could stop cancerous cells from multiplying.

Researchers looked at the immune system of camelids, a mammal which belongs to the same family as camels, llamas and alpacas.

The team was the first to identify a family of nanobodies – antibodies that are exclusive to camelids – which derive from the alpaca. 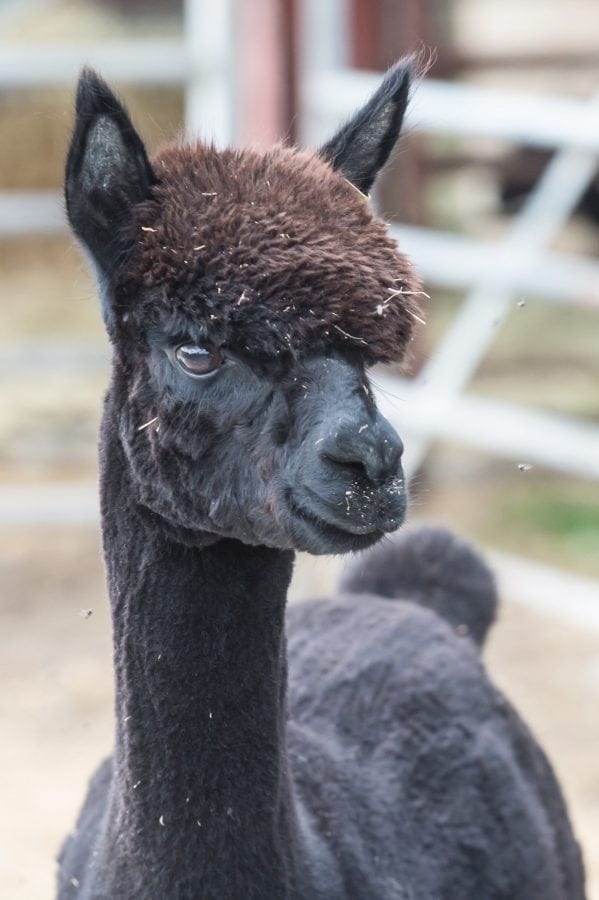 These nanobodies can block proteins known as Epidermal Growth Factor (EGF) which are found in tumour cells and cause them to reproduce rapidly.

The proteins are often found in large quantities and a preventative method to prevent their cancerous activity has not yet been found.

But researchers at the Institute for Research in Biomedicine, Barcelona (IRB), and the Vrije Universiteit Brussel in Belgium (VUB), revealed a number of therapeutic tools with the capacity to block them. 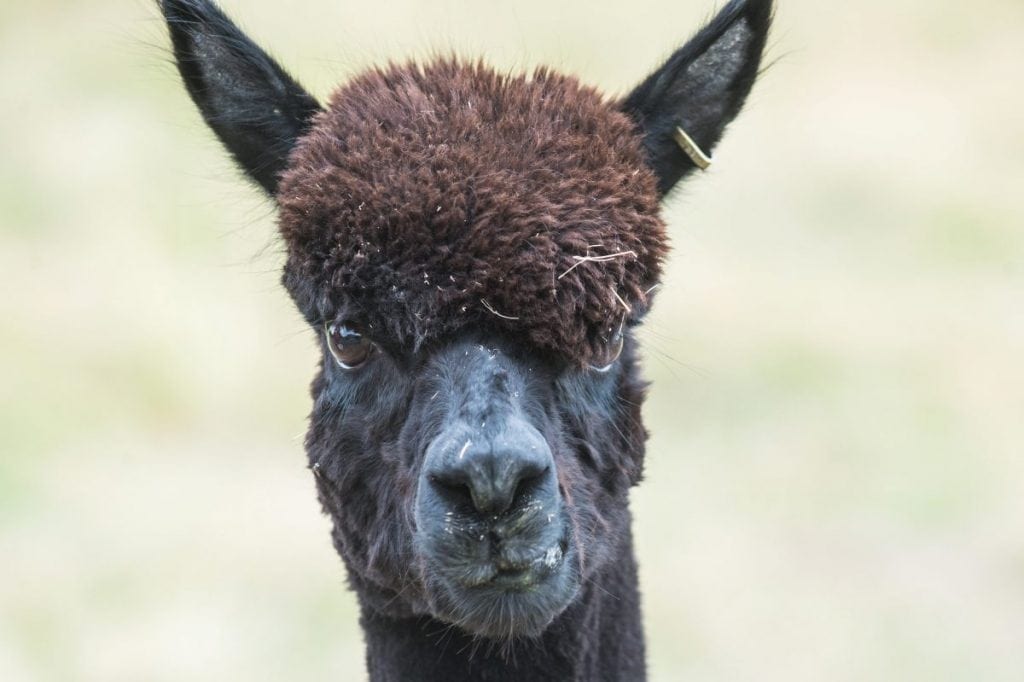 Co-study author, Prof Monica Varese, from IRB Barcelona, said: “In spite of advances in treatments against the epidermal growth receptors in patients, their efficacy decreases over time because patients develop resistance.

“By taking advantage of an emerging biotech tool – nanobodies – we have been able to synthesise the first inhibitors with high affinity for EGF.” 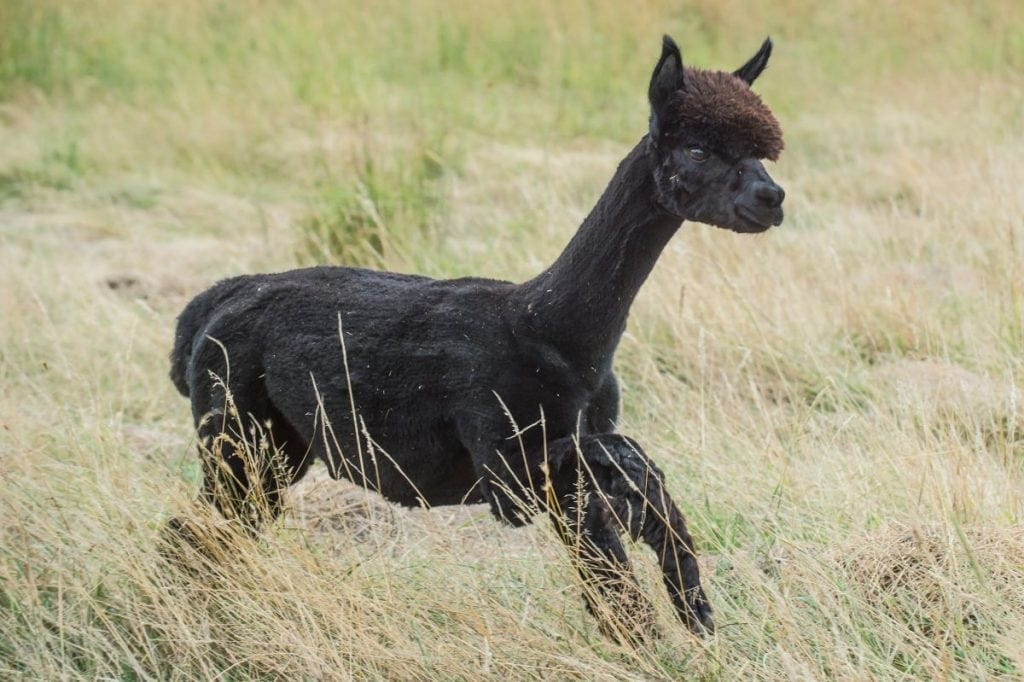 Scientists from the Spanish university produced the EGF protein and their Belgian colleagues administered it to alpacas.

The animals’ immune system responded by producing a series of nanobodies which the researchers identified as possible preventatives of cancerous growth. 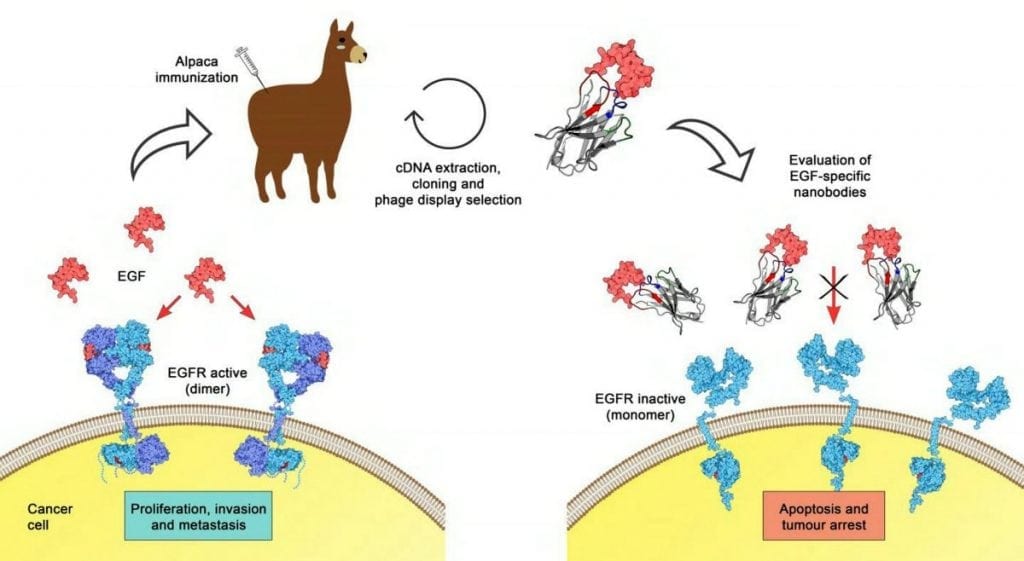 Prof Ernest Giralt, head of the peptide and proteins lab at IRB Barcelona, said: “By injecting EGF into the alpaca, we have challenged nature to find a molecule capable of binding tightly and with high selectivity to EGF. 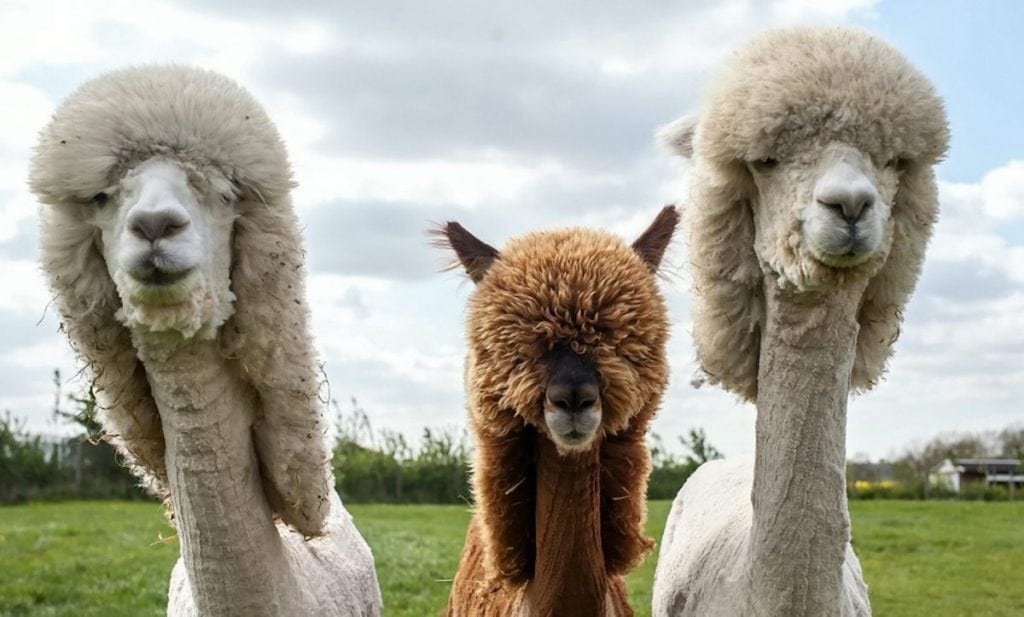 “It has come up with two very different but equally effective solutions for such a small and difficult antigen as EGF.

The drugs could be useful for patients who develop resistance to EGFR preventatives currently available on the market.

Scientists must next evaluate the pharmacological effect of the new nanobodies in cell and animal models of cancer.

The study is published in the Angewandte Chemie journal.