Joe Sneddon, 21, founded Access Oxbridge after becoming frustrated at the "huge advantage" middle class children have getting into Oxford and Cambridge. 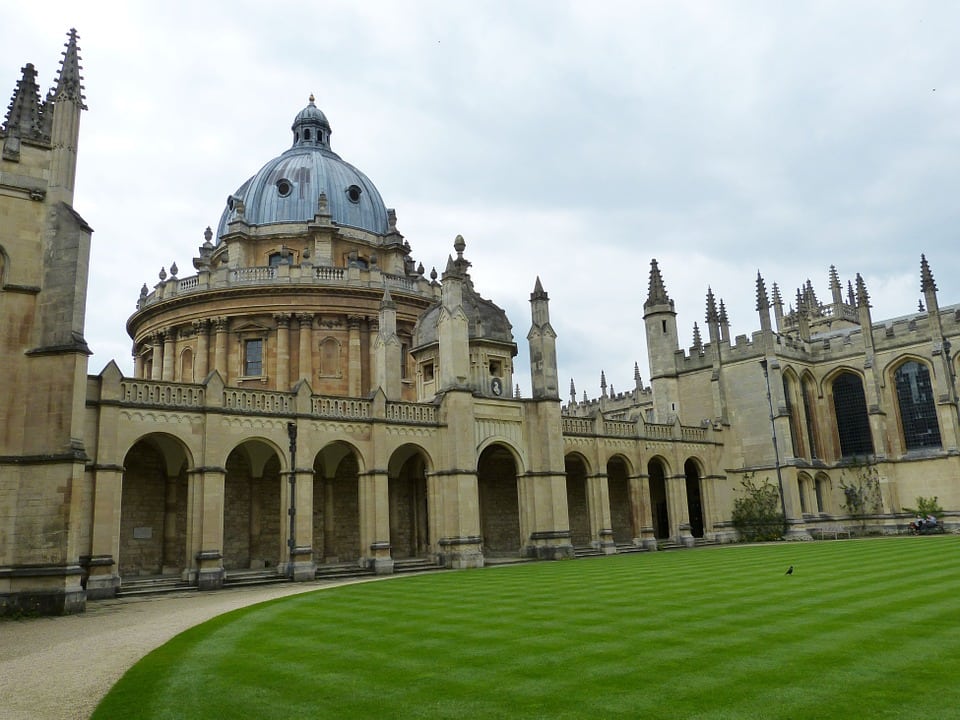 A recent Oxford graduate has set up a free online mentoring service to help disadvantaged kids get into the world’s best universities – because he’s sick of posh people hiring private tutors.

Joe Sneddon, 21, founded Access Oxbridge after becoming frustrated at the “huge advantage” middle class children have getting into Oxford and Cambridge.

He turned down City jobs in law and finance after graduating with a first class in Philosophy, Politics and Economics and teaching himself how to code this summer.

Joe, of Morley, West Yorkshire, has been working on it 14 hours per day since it launched two weeks ago today (Weds).

More than 500 Oxbridge volunteer mentors and 60 students from across the country are now signed up to it.

He said: “The idea of the organisation is to connect disadvantaged students directly with Oxbridge mentors.

“There have been lots of access schemes in the past which have thought to do this but they do it through very indirect and inefficient methods.

“The end game is that we see change in some of those appalling admission statistics that you see in the media.

“Oxbridge admits two times as many people from Eton than on free-school meals – I would like to see that change.”

His site works by matching volunteer Oxbridge mentors with state schooled sixth formers with at least six A or A* GCSE grades who live in postcodes deemed to be “low socio-economic background” using an official Government algorithm.

The graduate, the first person in his family to get into Oxbridge, got the idea when he became a private tutor to make ends meet in his second year at university.

“I’ve been working 14 hour days over the past two weeks in order to make sure things get going because disadvantaged student can’t wait – they need solutions now.”

He added: “Middle class families are playing to the UCAS application process to get their children into Oxbridge.

“I remember the shock of turning up on Fresher’s Week and walking into the pub for the first time and you look around and you don’t see a single black face or hear a single northern voice either.

“This shock was amplified when I started studying at Oxford.

“The main thing for me was just sitting down with other students and hearing their stories of how they had been in private nurseries since the age of three.

“So obviously that’s a huge advantage that middle class parents and their kids, who are turned on to these things, have.

“They need solutions now and that’s why what I’m doing is helping disadvantage students game the system as well so its all about levelling the playing field.”

More than 100 Oxbridge students signed up as volunteer mentors in the first hour of the site going live.

Joe is now touring schools in disadvantaged areas to promote his site to students as well as advertising on social media.

He said: “That’s where young people are nowadays and that’s the easiest way to reach them.

“I think the problem with the university is that they haven’t really understood that.

“They don’t have people working on access who understand how social media works.

“The idea is to be a social enterprise – it will always remain free of charge for students but hopefully in the long run we will be looking for sponsorship.

“The universities spent over £100,000 on each disadvantaged student while we are doing it essentially for free so it would be great if they divert some of those funds to the site.

“This is something I want to grow into a big organisation because we want to reach as many students as possible.”

Joe said he would not have got into Oxford if it wasn’t for a teacher encouraging him to apply – adding this was typical for many disadvantaged students.

He said: “In lots of these schools it just isn’t on the radar for most people.

“It quickly became apparent that establishing university outreach programs to encourage disadvantaged students to apply is by no means enough.

“It’s almost like a different world and people don’t see it as real, as something that they could achieve and strive for.”