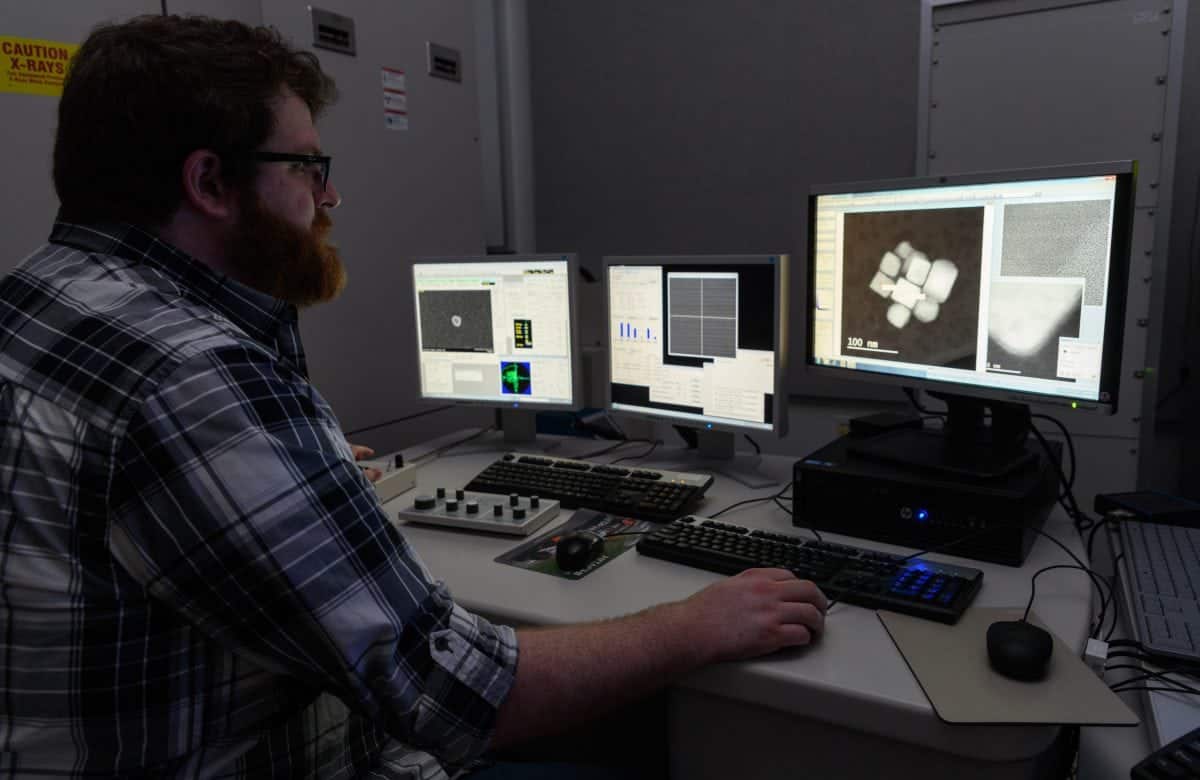 Smartphones could soon be powered by salt – or even avocados, according to new research.

Sodium and potassium are the raw materials found in table salt and fruit, respectively.

And scientists have found they are viable alternatives to current lithium based batteries.

The devices are being used in a host of products from smartphones to mega powerful chainsaws and electric cars that travel hundreds of miles on a single charge.

But that growth has led to concerns the world’s supply of lithium, the metal at the heart of new rechargeable batteries, may eventually run out.

There is a demand for a cheaper material to prevent a future battery price spike and shortage.

In an experiment simulating stresses on a battery sodium and potassium unexpectedly outperformed lithium.

The chemicals are 1,000 times more abundant on Earth and more environmentally friendly.

They may fuel the development of a ‘smart grid’ based on state of the art meters and energy efficient appliances.

Mechanical engineer Professor Matthew McDowell, of the Georgia Institute of Technology in the US, said: “One of the biggest obstacles for sodium-and potassium-ion batteries has been they tend to decay and degrade faster and hold less energy than alternatives. But we have found that is not always the case.”

Foods ranging from avocados, apricots, pomegranates and bananas to wild salmon, spinach and sweet potatoes are rich in potassium.

The study, published in the journal Joule, looked at how the electrically charged atoms in lithium, sodium and potassium, called ions, reacted with particles of iron sulfide, also known as pyrite or ‘fool’s gold’.

Sodium and potassium ions are larger than lithium, so it was thought they degrade faster.

But the experiments which scanned the process using an electron microscope found iron sulfide – simulating the elcetrode in a battery – was more stable with sodium and potassium than lithium.

This suggests such a battery based on these materials would have a much longer life than expected.

When exposed to lithium, iron sulfide particles appeared to almost explode under the electron microscope.

On the other hand, they expanded “like a balloon” when exposed to the sodium and potassium, said the researchers.

Graduate student Matthew Boebinger said: “We saw a very robust reaction with no fracture – something that suggests this material and other materials like it could be used in these novel batteries with greater stability over time.”

The researchers said the lithium was more likely to concentrate its reaction along the particle’s sharp cube like edges.

The reaction with sodium and potassium was more diffuse along all of the surface area. As a result, the iron sulfide particle developed a more oval shape with rounded edges when they were used.

It offers hope of scientists designing battery systems that use these types of novel materials.

Prof McDowell added: “Lithium batteries are still the most attractive right now because they have the most energy density – you can pack a lot of energy in that space.

“Sodium and potassium batteries at this point don’t have more density, but they are based on elements a thousand times more abundant in the earth’s crust than lithium.

“So they could be much cheaper in the future, which is important for large scale energy storage – backup power for homes or the energy grid of the future.”