Discovery has implications for the evolution of flight 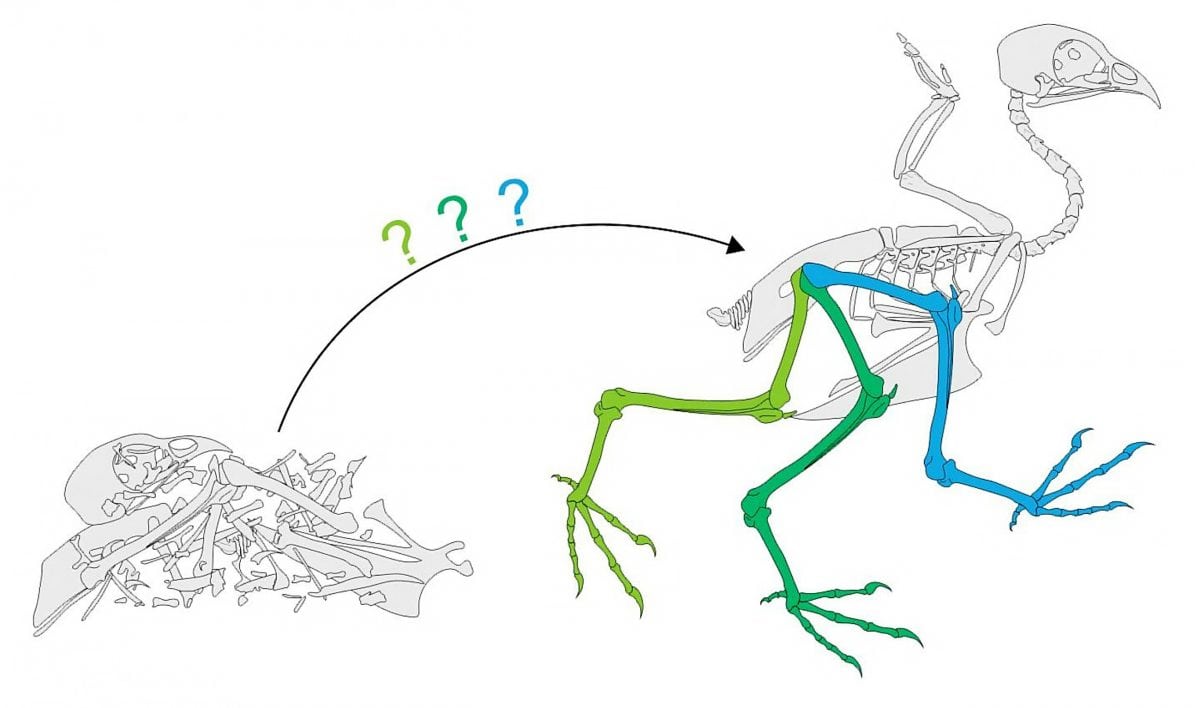 Pterosaurs flew like birds rather than bats, according to new research.

Bats, surprisingly, are better flyers than birds and it was thought this was how pterosaurs took to the wing – enabling them to travel long distances, escape from predators and swoop on prey.

They spread across the world and branched out into an enormous array of species, including the largest animals ever to fly.

Most reconstructions of the extinct creatures, also known as pterodactyls, show an airborne pose much like that of bats – with the hind limbs splayed wide apart.

But a new analysis by palaeontologists Professor Kevin Padian and Armita Manafzade shows this is wrong – a discovery that has implications for the evolution of flight.

Its style would have been more like that of birds which, ironically, descended from small, feathered dinosaurs.

Although pterosaurs were wiped out around the same time, they were not actually dinosaurs.

Miss Manafzadeh, a PhD student at Brown University, Rhode Island, said: “Most of the work that is being done right now to understand pterosaur flight relies on the assumption their hips could get into a bat like pose.

“We think future studies should take into account that this pose was likely impossible, which might change our perspective when we consider the evolution of flight in pterosaurs and dinosaurs.”

The study published in Proceedings of the Royal Society B was based upon the anatomy of modern day chickens and quail – especially their soft tissue that don’t fossilise.

Prof Kevin Padian, of the Museum of Palaeontology at the University of California, Berkeley, and Miss Manafzadeh said it sheds fresh light on how the range of motion of the pterodactyl’s joints would have been limited by its ligaments.

This has previously had to be imagined from bones.

Miss Manafzadeh explained: “If you pick up a raw chicken at the grocery store and move its joints, you’ll reach a point where you will hear a pop.

“That is the ligaments snapping.

“But if I handed you a chicken skeleton without the ligaments, you might think its joints could do all kinds of crazy things.

“So the question is, if you were to dig up a fossil chicken, how would you think its joints could move, and how wrong would you be?”

Birds are the closest living relative of extinct pterosaurs and four winged dinosaurs.

Using dead quail, after carefully cutting away the muscles surrounding the hip joints, she manipulated them while taking x-ray videos.

That way, she could determine the exact 3-D positions of the bones in poses where the ligaments prevented further movement.

This enabled her to map out the range of motion of the quail hip with ligaments attached, which she then compared to what may have been inferred from bones alone – stopping where they hit each other or were pulled out of their socket.

More than 95 per cent of the positions that appeared plausible with just the bones were actually impossible when ligaments were attached.

Ms Manafzadeh said it has long been assumed pterodactyls flew a lot like bats because their wings were made of skin and supported by an elongated fourth finger, somewhat similar to the mammal’s.

Bat wings are also connected to their hind limbs, which they splay out widely during flight. But her study suggests that would have been impossible for pterosaurs.

In quail, a bat like hip pose seemed possible based on bones alone, but outward motion of the thigh was inhibited by one particular ligament present in a wide variety of birds and reptiles related to pterosaurs.

There is no evidence that extinct dinosaurs and pterosaurs would not also have had this ligament, said Ms Manafzadeh.

With it attached the bat-like pose could not be performed. It would require the ligament to stretch 63 percent more than the quail’s can. That is quite a stretch, she said.

Ms Manafzadeh said: “That is a huge difference that would need to be accounted for before it can be argued that a pterosaur or ‘four winged’ dinosaur’s hip would be able to get into this bat-like pose.”

And that may require a rethinking of the evolution of flight in these animals, said the team.

In addition to calling into question traditional ideas about flight in pterosaurs and early birds, the research also provides new ways of assessing joint mobility for any extinct species by looking at its living relatives.

Added Ms Manafzadeh: “What we have done is to provide a reliable way to quantify in 3-D everything a joint can do.”

She hopes other researchers will use the method to study other joint systems and to better understand how other species may have moved their joints, walked and flown.

Pterodactyls were killed off at the same time as the dinosaurs when a giant asteroid crashed into Earth around 66 million years ago.