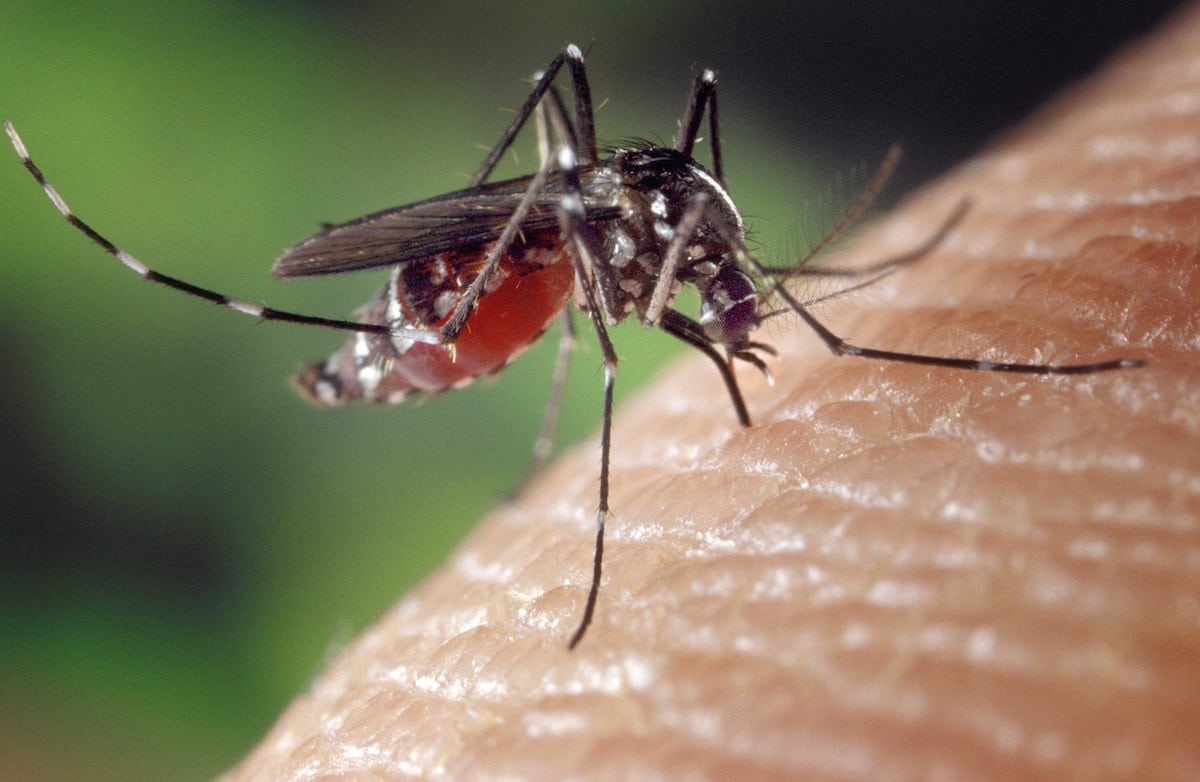 Millions of cases of malaria could be prevented by a new type of mosquito net, according to new research.

A two-year clinical trial in the West African country of Burkina Faso, involving 2,000 children, showed that the number of cases of clinical malaria was cut by 12 per cent using the new bed net compared to the conventional one normally used.

Malaria is a life-threatening disease caused by parasites that are transmitted to people through the bites of infected female mosquitoes.

The study, published in The Lancet, resulted from a collaboration between scientists at Durham University, Liverpool School of Tropical Medicine and colleagues in Switzerland and Burkina Faso.

They found that the number of cases of clinical malaria reduced by 12 per cent with the new type of mosquito net compared to conventional nets.

Children sleeping under the new bed nets were 52 per cent less likely to be moderately anaemic than those with a conventional net, according to the findings. Malaria anaemia is a major cause of death in children under two years old.

There was also a 51 per cent reduction in risk of a malaria-infective mosquito bite In areas with the new combination bed nets, compared to areas with conventional nets.

Latest figures from the World Health Organisation (WHO) show that after a dramatic decrease in malaria since the start of the millennium, progress has stalled and the number of people infected with malaria is now rising in some areas, with insecticide-resistant vectors one of the possible causes.

The researchers suggest the use of bed nets with a combination of chemicals should be explored for areas where mosquito resistance is a problem.

The new combination nets used in the study contain a pyrethroid insecticide which repels and kills the mosquitoes as well as an insect growth regulator, pyriproxyfen, which shortens the lives of mosquitoes and reduces their ability to reproduce.

In combination, the ingredients on the nets kill more mosquitoes and reduce the number of infective bites than conventional nets treated only with a pyrethroid.

Prof Steve Lindsay, of Durham University, said: “This study is important because malaria control in sub-Saharan Africa has stalled, partly because the mosquitoes are adapting and becoming resistant to the pyrethroid insecticides used for treating the old bed nets.

“In our trial in Burkina Faso we tested a new type of net that had a pyrethroid plus an insect growth hormone, which was significantly more protective than the old net type.

“If we had scaled up our trial to the whole of Burkina Faso we would have reduced the number of malaria cases by 1.2 million.

“Malaria still kills a child every two minutes so we need to keep working to find the best ways to stop this from happening.

“It is clear that conventional methods used for controlling malaria mosquitoes need to be improved and new additional tools developed.”

Latest WHO figures show that in 2016 malaria infected about 216 million people across 91 countries, five million more than the previous year. The disease killed 445,000 which was about the same number as in 2015. The majority of deaths were in children under the age of five in the poorest parts of sub-Saharan Africa.

Burkina Faso, with more than 10 million cases of malaria annually, is one of 20 sub-Saharan countries where malaria increased between 2015 and 2016.

Mosquitoes in that area are highly resistant to the traditional insecticide with a dose which is designed to kill 100 per cent of susceptible mosquitoes killing only up to 20 per cent in 2015.

This study is the first clinical trial that has compared a bed net with two active ingredients, a pyrethroid plus an insect growth hormone, against the traditional widely-used nets treated with the pyrethroid insecticide alone.

For the study, conventional bed nets were replaced over time with the new combination nets in 40 rural areas in Burkina Faso covering 91 villages and involving 1,980 children in 2014 and 2,157 in 2015.

Some randomly selected children were visited at home four times and examined clinically for signs of illness. Their blood levels were also tested for possible anaemia.

Principal investigator Dr Alfred Tiono said: “We have seen our gains in the battle against malaria progressively lost with the emergence and spread of resistant mosquitoes.”

But he added: “The results from this trial gave us a new hope.

“This new invaluable tool would enable us to tackle more efficiently this terrible and deadly disease that affects many children.

“If deployed correctly, we could certainly prevent millions of cases and deaths of malaria.”