Primates pick up basic skills by copying others - just like the tradition among humans, according to a study 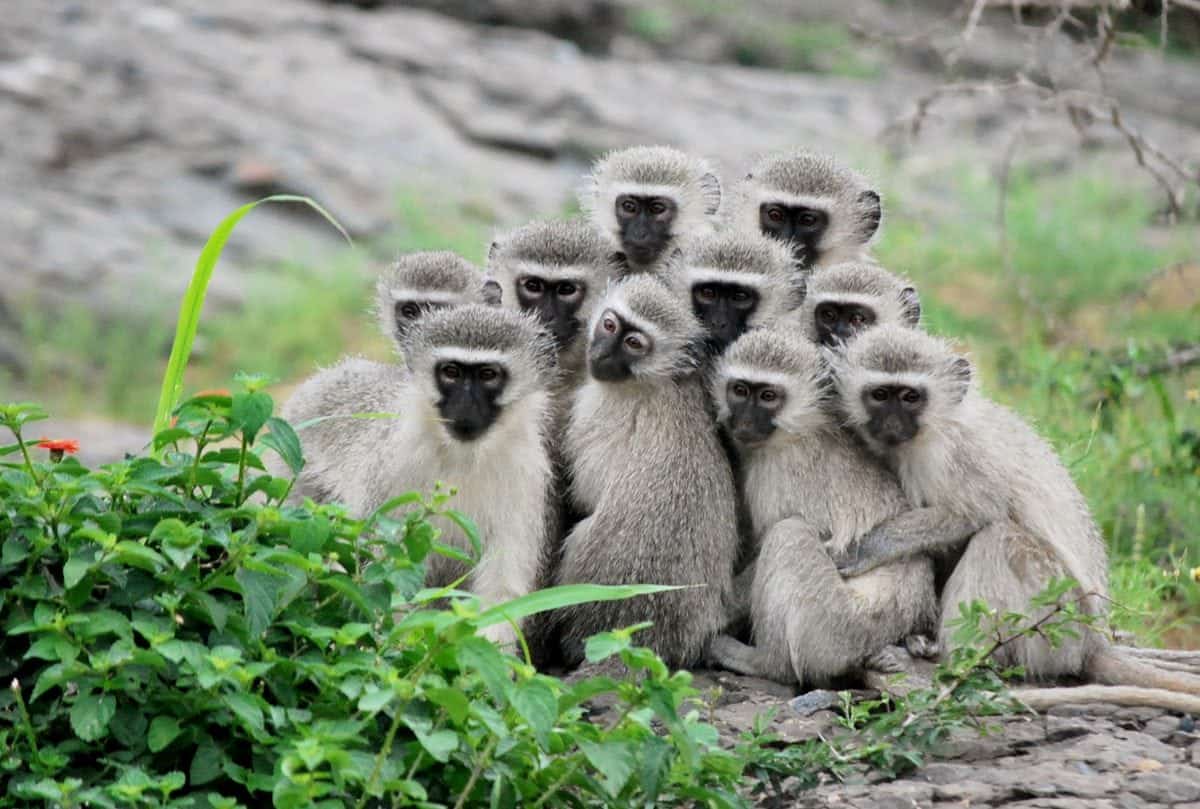 Female monkeys will only take lessons from other females – but males are less discriminating, new research shows.

Primates pick up basic skills by copying others – just like the tradition among humans, according to a study led by Scottish scientists.

But there is a gender gap in how they do it – because females don’t trust members of the opposite sex.

Psychology Professor Andrew Whiten, of St Andrews University, said: “The explanation may be that for females the important thing is to maintain close bonds with the other females they spend their whole lives with in the same group.

“They may be less inclined to copy males, who are likely to have less reliable local knowledge.”

On the other hand, male monkeys are not choosy – and soak up advice wherever they can get it.

A previous study by Prof Whiten and colleagues found vervet monkeys discover techniques for obtaining food by mimicking the behaviour of other members of their group.

Not only that, but these then spread to others in the same way in a domino effect.

Now, the international team has found females don’t learn by copying the most successful male foragers – but other females.

In the first study the monkeys were presented with an artificial ‘fruit’ which could be opened in different ways.

After training one monkey in each of several groups to use just one method it was found that others tended to pick it up only when the first knowledgeable monkey was a female.

The scientists suggested this is because maturing males disperse to other groups living in different places, whereas females stay in their birth group all their lives.

This means it is the females who are the likely reservoirs of the best local cultural knowledge on what to forage on, where to find it, and how to extract the edible parts from it. 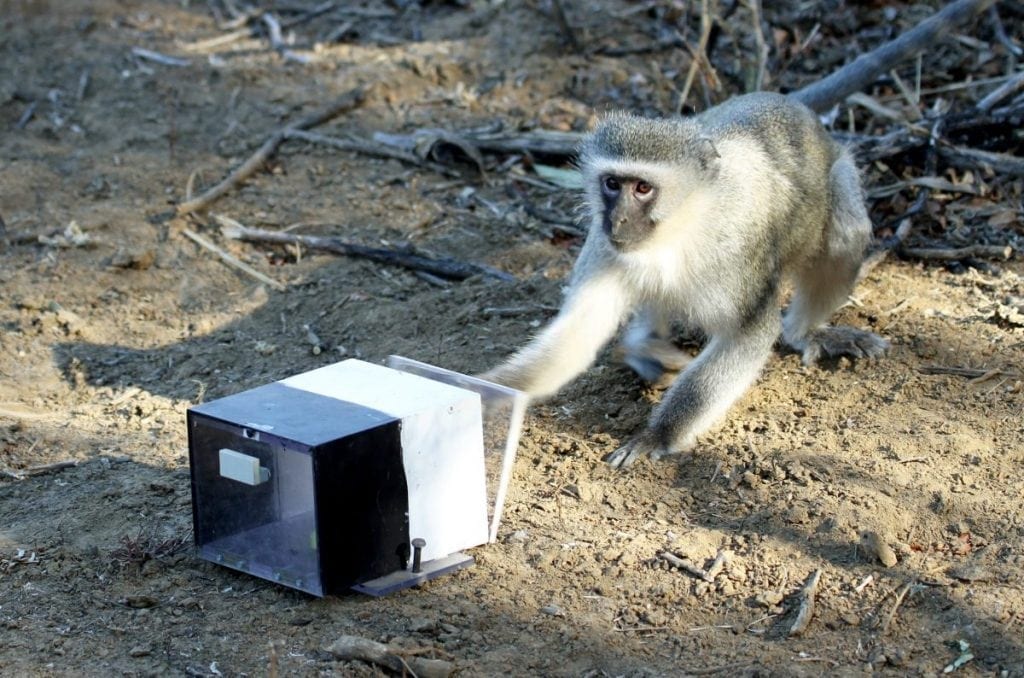 The new study, published in the journal Current Biology, created a new ‘artificial fruit’ box that could be opened at either its black end or its white end, to extract a piece of apple.

If the dominant female approached, the researchers could use a remote control to ensure that she learned she could get the apple only from one coloured end – black in some groups, white in others.

In the same way, the highest ranking males were trained to use the other end. However, the researchers arranged it so these males now got five times more food than did the females.

The team found males showed a significant tendency to copy the successful males rather than the usual preference to copy females.

But females in the group stuck to copying the female demonstrator, despite her relatively lower success.

Co-author Axelle Bono, of the University of Lausanne, Switzerland, said: “For males, things are different.

“To integrate into a new group, being able to behave flexibly may be adaptive, enabling males to adopt the most efficient strategy to learn from others depending on the situation they find themselves in.”