by SWNS
in Health, Science 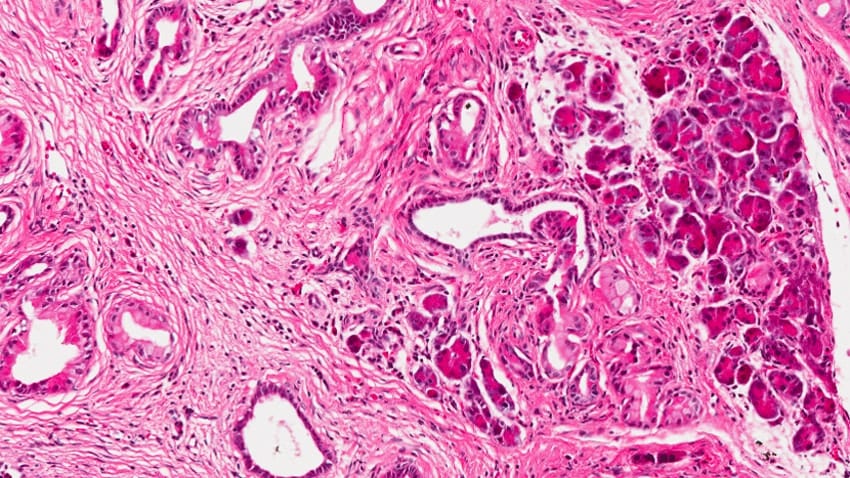 A simple blood test has been developed that can diagnose cancer in just ten minutes.

It spots tiny amounts of DNA floating through vessels that could only have come from tumours – and not healthy cells.

The breakthrough could lead to much earlier detection and more chance of a cure – with treatment beginning even years before symptoms develop.

It is hoped it will eventually be performed at the same time as routine blood tests, such as a cholesterol check – even using a mobile phone app.

Corresponding author Professor Matt Trau, of the University of Queensland, Brisbane, reckons it may be the ‘Holy Grail’ of cancer diagnostics.

He said: “Virtually every piece of cancerous DNA we examined had this highly predictable pattern.”

If you think of a cell as a hard-drive, then the new findings suggest the disease needs certain genetic programmes, or ‘apps’, in order to run.

Explained Prof Trau: “It seems to be a general feature for all cancer. It’s a startling discovery.

“The test to detect cancerous cells can be performed in ten minutes.”

In experiments it distinguished tumours from healthy cells with up to 90 per cent accuracy.

The technique can also be used on tissue biopsies.

Blood tests are sometimes ordered to help doctors diagnose cancer, but different ones are required depending on the type suspected.

And they are not definitive, but one step in the process.

An MRI scan is the most often used method, but it tends to miss small tumours – only working to confirm a diagnosis when it is often too late to start treatment.

About nine in ten cancer deaths involve a diagnosis that came too late.

So the Australian team’s breakthrough paves the way to saving countless lives.

The test described in Nature Communications exploits the differences between the DNA in cancerous and healthy cells to allow for a quick, early diagnosis.

It is based on a process known as epigenetics – the attachment of a chemical tag known as a methyl group to DNA.

This alters how DNA can be read, switching genes on or off.

Co author Dr Abu Sina said: “Because cancer is an extremely complicated and variable disease, it has been difficult to find a simple signature common to all cancers, yet distinct from healthy cells.”

So the researchers focused on DNA that circulates in the bloodstream after cancer cells die and release their cargo.

Co author Dr Laura Carrascosa said: “There’s been a big hunt to find whether there is some distinct DNA signature that is just in the cancer and not in the rest of the body.”

They discovered cancer cells’ genome is essentially barren except for intense clusters of methyl groups at very specific locations – instead of being spread evenly like in normal cells.

The researchers have dubbed it the cancer “methylscape” – for methylation landscape.

It appeared in every type of breast cancer they examined and other forms of the disease too including prostate and bowel cancer, as well as the blood cancer lymphoma.

When placed in solution, those intense clusters of methyl groups also caused cancer DNA fragments to fold up into three-dimensional nanostructures that really like to stick to gold.

Taking advantage of this, the researchers designed a test which uses gold nanoparticles.

These instantly change colour depending on whether or not the 3D nanostructures of cancer DNA are present.

Prof Trau said: “This happens in one drop of fluid. You can detect it by eye, it’s as simple as that.”

The technology has also been adapted for electrochemical systems, which allows inexpensive and portable detection that could eventually be performed using a mobile phone.

So far they’ve tested the new technology on 200 samples across different types of human cancers, and healthy cells.

“This new discovery could be a game-changer in the field of point of care cancer diagnostics.”

Although not yet perfect yet, the researchers said it is a promising start and will only get better with time.

It will be some years before it can be used in the clinic.

Added Prof Trau: “We certainly don’t know yet whether it’s the Holy Grail or not for all cancer diagnostics.

“But it looks really interesting as an incredibly simple universal marker of cancer, and as a very accessible and inexpensive technology that does not require complicated lab based equipment like DNA sequencing.”