Stuart and wife Amie Brown, 27, tied the knot at Lochside in New Cumnock, Ayrshire, on October 6. 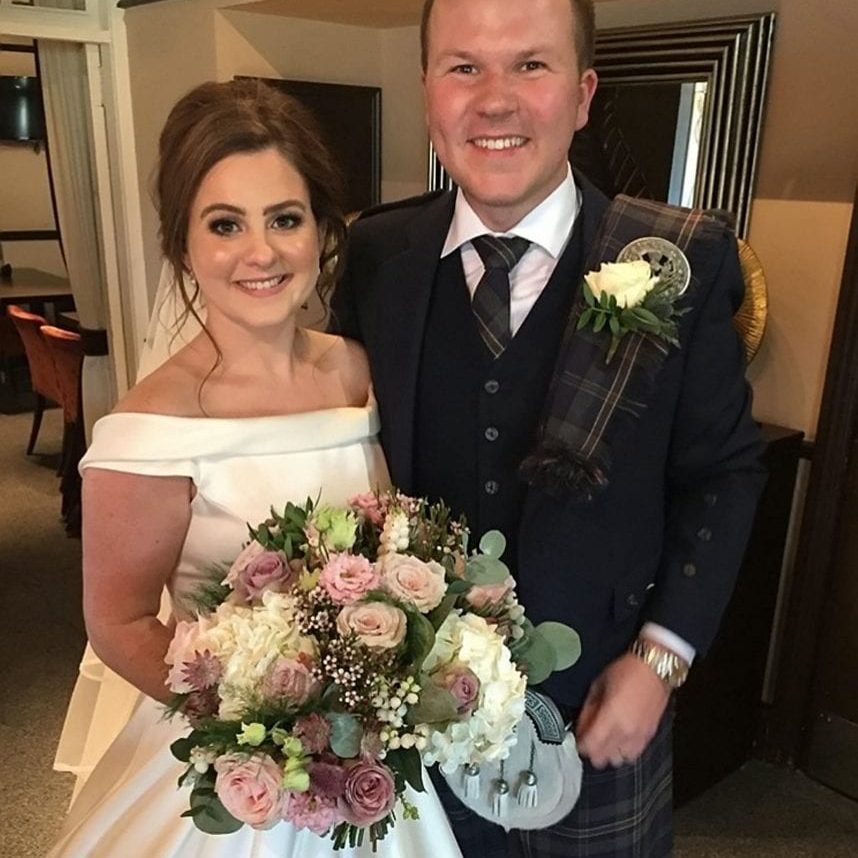 A newlywed who lost his wedding ring snorkeling in the Great Barrier Reef was left stunned after discovering it was found by a scuba diver – more than two weeks later.

Stuart Brown and wife Amie jetted off to Australia on their honeymoon after tying the knot and signed up to snorkel at the Agincourt reef in Port Douglas, Queensland.

But 29-year-old Stuart, from East Kilbride, South Lanarkshire was left devastated when his £700 gold band slipped off his finger just minutes after he entered the water.

The honeymoon of a lifetime quickly turned into a disaster when Stuart, a project coordinator, searched for the treasured trinket but it could be found.

Amie, 27, said: “When the ring came off Stuart’s finger and he told me I didn’t believe him at first because he is a bit of a joker.

“And because the water over there is crystal clear he actually saw the ring going under but a fish swam past and he couldn’t see it anymore.

“I was absolutely devastated, I knew it could be replaced but it wouldn’t be the original ring.

“We mentioned to the tour company that we had lost the ring but that was only for insurance purposes.

“They just laughed at us because they knew we wouldn’t be able to find it.

“We just had to fill out the lost property form.” 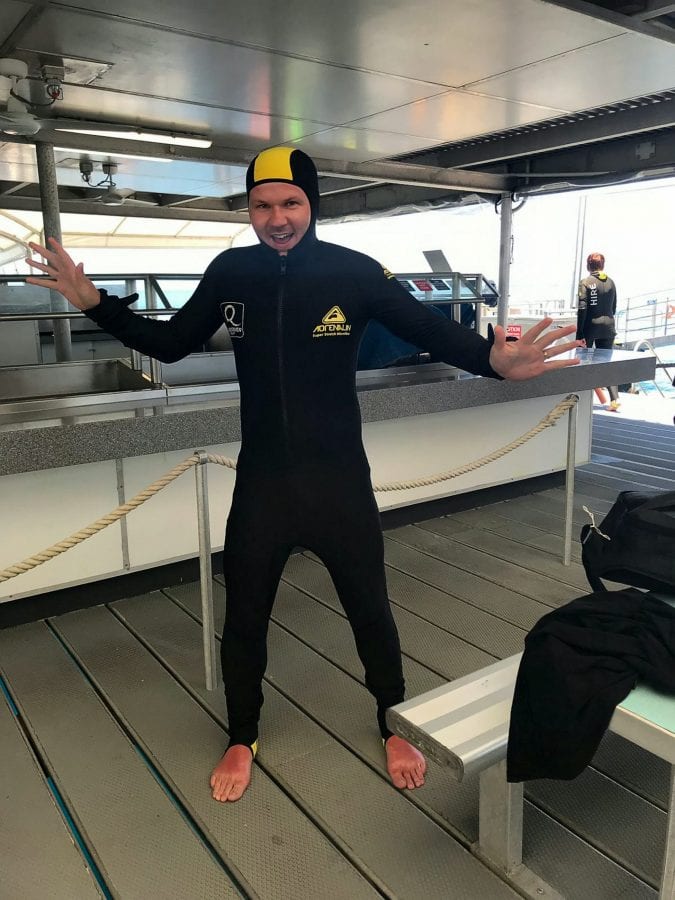 The couple, who were married at Lochside in New Cumnock, Ayrshire, on October, 6 flew out to Dubai and then Oz before returning from their honeymoon on October 31.

On November 15 the couple received an email from the cruise company Quicksilver saying the ring it had turned up on coral where they were swimming – 18 days later.

The email read: “I have some good news for you.

“One of our divers found your wedding ring sitting nicely on coral under the pontoon.” 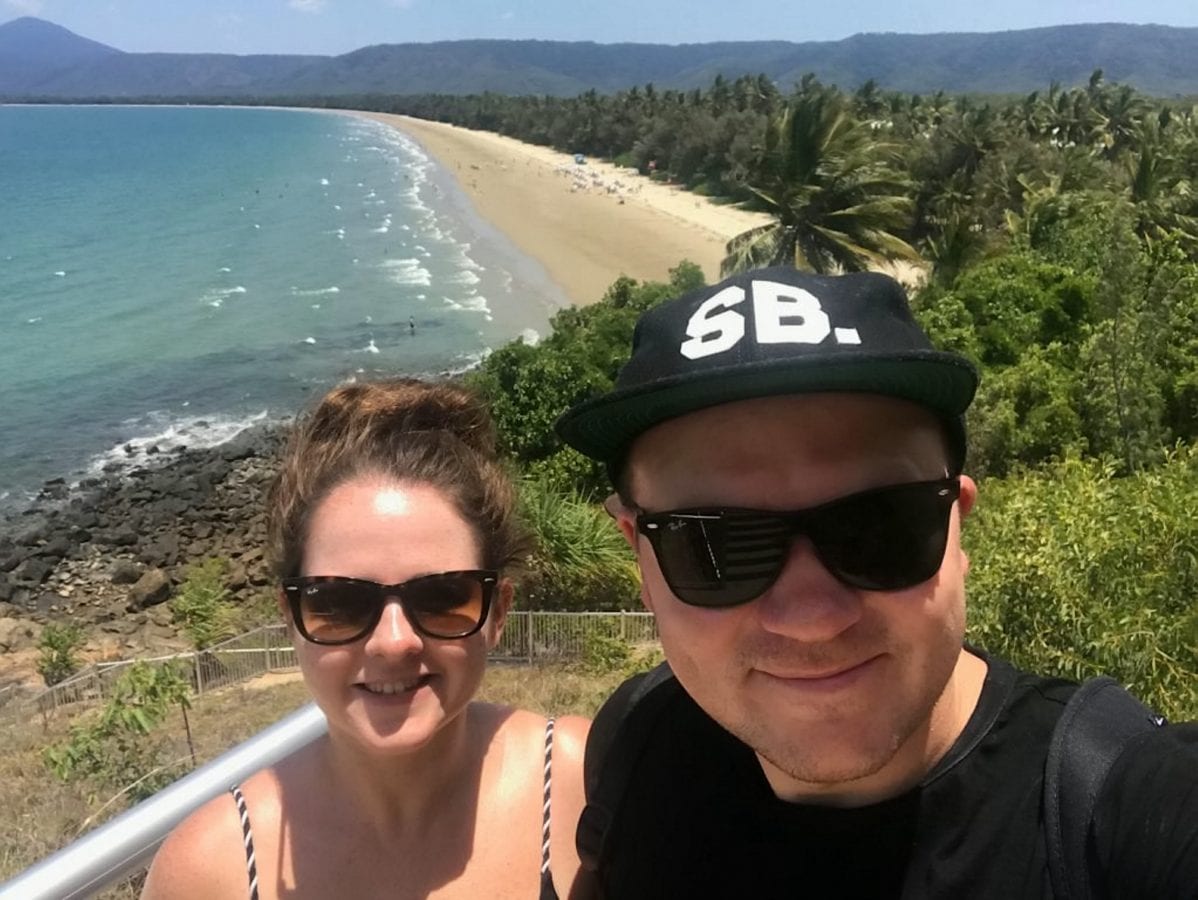 Quicksilver Cruises posted the treasured ring back to the couple who were delighted to be reunited with it.

Amie, who works as a solicitor, added: “We had an amazing honeymoon. It was sad to see that Stuart had a tan line from where the ring was before he lost it.

“But when we got the email saying they had found it, we were in absolute disbelief.

“Stuart came through and told me, I just couldn’t believe it, all of Stuart’s friends don’t believe him they think he made the whole thing up.

“We got the ring back at the end of last week.”

And although the ring has been returned to Stuart’s finger, he now does not want to go and get it polished. 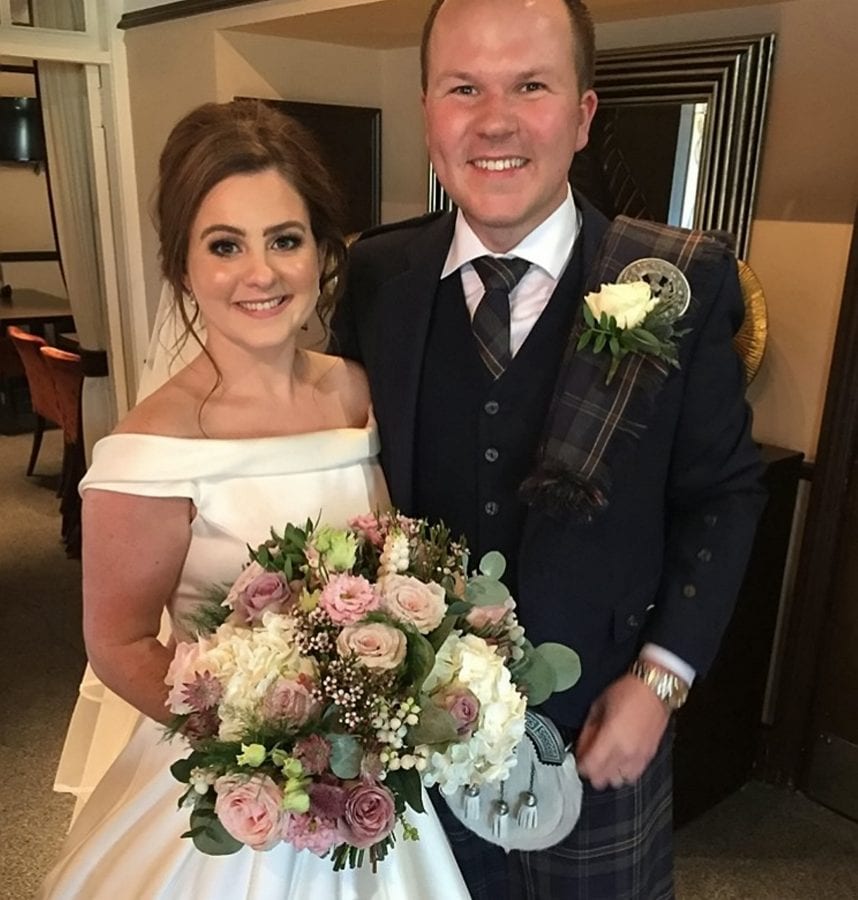 Amie said: “It’s a bit scratched now but he does not want to go and get it polished.

“He thinks the scratches have a good story to tell.

“He is notorious for losing things, he went on a night out on Friday and I was scared he could lose the ring again.

“But it’s still here for now.”