Some of Britain’s biggest food and drink chains, including McDonald’s and Nando’s, have reported stock outages in recent weeks. 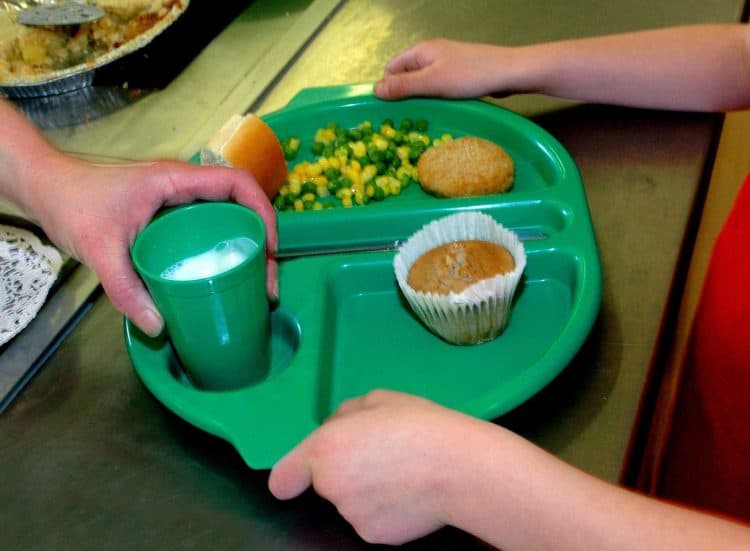 File photo dated 28/08/09 of a school meal being served. Around three in 10 school-aged children have registered for free school meals this autumn, research for food poverty campaigners suggests.

Schools have been warned to prepare for food shortages as pupils prepare to return to school, as embattled wholesalers urged them to “stock up”.

Amid an acute shortage of HGV drivers – which shows no sign of abating – some of Britain’s biggest food and drink chains, including McDonald’s and Nando’s, have reported stock outages in recent weeks.

And the new school year will see additional demand put on suppliers, many of whom have been struggle to distribute food and drink as hauliers struggle with post-Brexit immigration rules and the ongoing impact of Covid-19.

Supermarkets and suppliers are struggling to meet demand following an exodus of drivers from EU countries, who returned to the continent during the pandemic and remained there.

“Whilst we will take all measures to ensure that we deliver to customers, the same cannot be said for suppliers getting the product into our depots,” one wholesale CEO told website The Grocer.

“What is more frustrating is the lack of communication from some suppliers, which exacerbates the situation.”

Another source told the publication that it had written to schools ahead of the new term explaining the supply chain situation.

“Schools will have to accept there will be shortages. We are ordering as far in advance as 15 days and are then told by the supplier the day before delivery is due that a trucker will be nine pallets short. We then have another 15-day lead time on a re-order,” he said.

The government has said It wants employers to invest in UK-based workers rather than relying on labour from abroad as businesses contend with the shortages.

The newspaper said Kwarteng urged employers to help the “many UK-based workers (who) now face an uncertain future and need to find new employment opportunities”.

Kwarteng said in his letter to the British Retail Consortium and Logistics UK: “I am sure you would agree on the importance of utilising the strength of our domestic workforce and how our migration policies need to be considered alongside our strategies to ensure UK-based workers are better able to secure decent employment opportunities.”

Related: Greta Thunberg: Scotland is not a world leader on climate change