Inequality ‘will not be easily addressed while the sectors enjoy such different levels of resourcing’, researchers say. 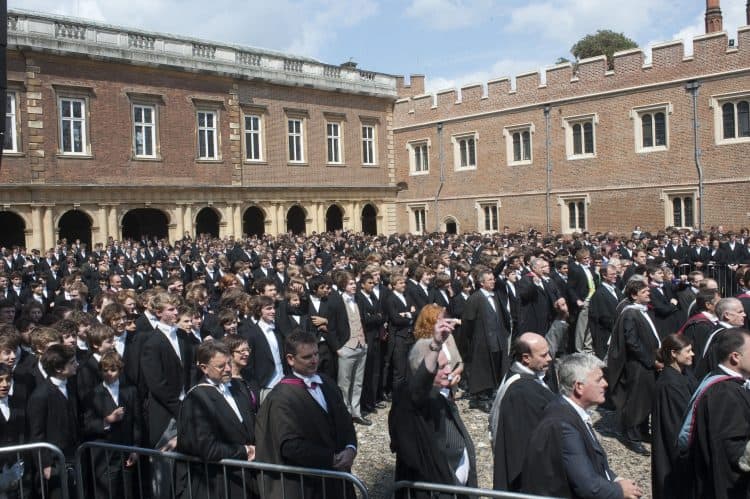 The gulf between private school fees and state school spending has more than doubled in England over the past decade, new research has found.

Private school fees are now more than 90 per cent higher than spending per pupil at state schools, a report from the Institute for Fiscal Studies revealed.

Fees have risen by more than 20 per cent after inflation since 2009-10, whilst core state school spending per pupil has fallen by 9 per cent in real terms.

Researchers warned that concerns about inequalities between private and state school pupils “will not be easily addressed while the sectors enjoy such different levels of resourcing”.

It comes amid worries that the pandemic has widened the gap between private and state schools.

Private schools in England saw the largest absolute increase in top GCSE and A-level grades this summer compared with other types of schools and colleges, data from Ofqual showed.

“While day-to-day state school spending per student has fallen by 9 per cent in real-terms over the last decade, private school fees have gone up by 20 per cent. At the same time, numbers of pupils in private schools have remained pretty much constant,” said Luke Sibieta, an IFS research fellow and author of the report.

“Longstanding concerns about inequalities between private and state school pupils, which have come into sharp focus during the pandemic, will not begin to be easily addressed while the sectors enjoy such different levels of resourcing.”

The report comes a fortnight after the Labour Party pledged to strip independent schools of their charitable status and other tax privileges, using the extra revenue to fund more teachers and career support in the state sector.

Kate Green, Labour’s shadow education secretary, said: “[State] school budgets have been hammered over the last decade, which is holding children back. As state school class sizes have soared and enriching activities – art, sport, music, drama – have been cut back, the gap with private schools has grown ever wider.

“Labour’s recovery plan would extend the school day for new activities for all, and by ending private schools’ tax exemptions we would invest in state schools with 6,500 new teachers, and careers advice and work experience so every child gets an excellent education that sets them up for life.”

Geoff Barton, general secretary of the Association of School and College Leaders (ASCL), said: “It is pretty outrageous that the government has cut funding in real terms to schools and colleges over the past decade while independent school fees have increased over the same period.

“The funding gap between the two sectors has always been there, of course, but the fact it has widened to such a huge extent does stick in the throat.

“It means that while state schools and colleges have been forced to cut back on things like subject choices, pastoral support and extra-curricular activities – and with secondary class sizes rising – independent schools have been able to improve their provision in all these areas.”

A Department for Education (DfE) spokesman said: “This government is providing the biggest uplift to school funding in a decade – £14 billion in total over the three years to 2022-23. This includes a £7.1 billion increase in funding for schools by 2022-23, compared to 2019-20 funding levels.

“Next year, funding through the schools national funding formula (NFF) is increasing by 2.8 per cent per pupil compared to 2021-22. The NFF continues to distribute this fairly, based on the needs of schools and their pupil cohorts.”

Related: School dinners being cut back across country as fuel crisis bites