Reports are emerging that around 400 schools across Britain received an email today with a threat to detonate a bomb if $5,000 dollars is not sent. The email said: “We have sent in a student with a bomb. The bomb is set to go off in 3 hours time. If you do not send $5,000 USD” […] 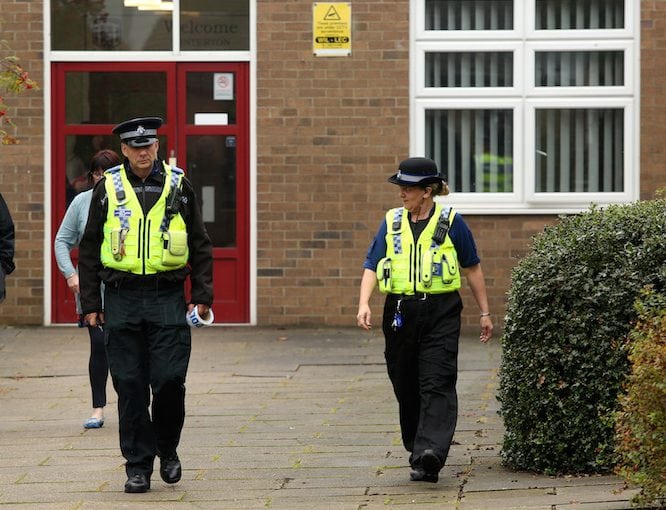 Reports are emerging that around 400 schools across Britain received an email today with a threat to detonate a bomb if $5,000 dollars is not sent.

Many parents around the UK received messages from primary and secondary schools saying that there had been a hoax threat today, and some of the schools were evacuated after the message was received.

The Home Office and the Department for Education both advised schools that receive the email to contact their local police force – even though this snapshot of the threat circulated on Twitter said: “if you try to call the cops we WILL blowup the device on the SPOT!”

The Metropolitan Police said that it is treating the threat as a hoax, adding:

“At this stage there is no evidence to suggest that this is terror-related.”

The Met has received a number of reports relating to malicious communications sent to schools across London on Mon 19 Mar – currently being treated as a hoax https://t.co/45EQSsKzkk pic.twitter.com/dDrs5cJnIm

Police forces in Avon and Somerset, Derbyshire, Cambridgeshire, Cumbria, Hertfordshire, Humberside, Lincolnshire, London, Manchester, North Yorkshire and Northumbria Police said schools and colleges in their areas had been hit by the hoax.

North Yorkshire Police said: “we have had a number of reports this morning about a bomb hoax at many of our schools across the county.

“This is believed to be a national issue. Our Cybercrime Unit Detectives, supported by local officers, have looked at these incidents and it is not believed there is any genuine threat. We are working with schools to offer reassurance and address any concerns.”

Humberside’s Det Supt Tony Cockerill said: “We have spoken to all schools who have contacted us, reassured them that there is no need to evacuate and offered them security advice.”

The hoax is believed to have originated in the US, but police saying it posed ‘no viable threat’

Cheam High School, south west London, sent an email out to parents regarding the incident.

It said: “There has been a phishing email sent to schools this morning making a threat and asking for money.

“This email has been reported as a hoax.

“Can I reassure parents and carers there is no threat to the school and students.

“The school day will run as normal.”

Liberal Democrat candidate John Sweeney said Our Lady Immaculate Catholic Primary School in nearby Tolworth had been closed for the rest of the day after receiving the threat.

He tweeted: “News from OLI school – we have received a bomb threat which the Police have advised us to assume is a hoax.

“In line with our security policy we have evacuated the children who are all safe at Grand Avenue School.

Dorchester Primary School in Worcester Park have also sent an email out to parents.

It said: “A number of schools have received an email warning of a bomb and asking for an amount of money.

“It has been confirmed this is a hoax and we have received the following statement from Atomwide who manage most school email accounts.

“It said ‘we are aware of a phishing email that has been sent out to schools this morning, suggesting a bomb will detonate if money is not paid.

“This is a hoax, and action is currently being taken to remove and block the email.

“We apologise for any inconvenience caused.

“The police are aware and are taking necessary steps.”

The Met Police confirmed they were ‘fielding multiple calls’ this morning from all over London in relation to the situation.

A spokeswoman said: “Police are investigating reports of communications made to a number of schools across London on Monday, March 19.

“There have been no arrests.

Northumbria Police also reassured locals that the threats were a hoax and said there was ‘no viable threat’ posed.

A statement posted on Twitter said: “We have received reports from a large number of schools in our region that they have received threatening emails.

“The emails inform the school that a bomb has been placed on the grounds and will be detonated if they don’t hand over cash.

“Detectives have looked into the emails – which appear to originate from the US – and can confirm that there is no viable threat.

“Schools have been visited by police to reassure them that the incident is being treated as a hoax and address any concerns.

“We take all incidents of this nature extremely seriously and an investigation into the emails in question are underway.”