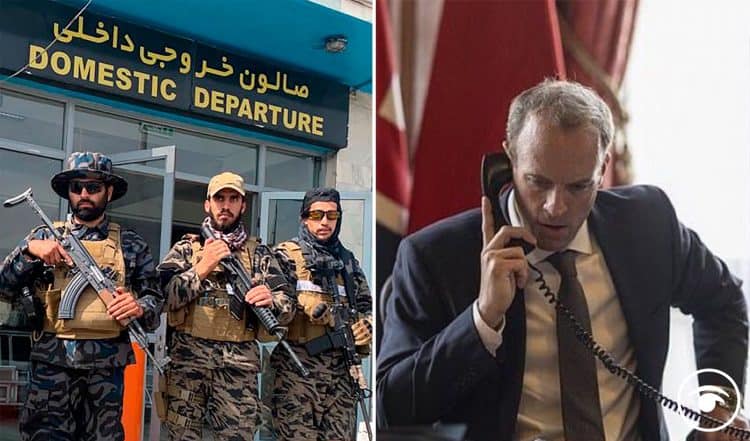 Defence Secretary Ben Wallace has struck back at Foreign Secretary Dominic Raab’s assertion that intelligence was to blame for the UK being caught out by the speed of the Taliban takeover.

Under vast pressure over his handling of the crisis, Mr Raab said the advice from the intelligence community and the military was that Kabul was unlikely to fall this year.

But Mr Wallace, in an interview published on Thursday, countered the claims by saying that history shows “it’s not about failure of intelligence, it’s about the limits of intelligence”.

Labour called for an end to the “unseemly infighting at the top of Government” as potentially thousands of Afghans who aided the British effort remain stranded.

The Foreign Secretary came under sustained questioning at the Commons Foreign Affairs Committee on Wednesday over how the UK failed to predict the speed in which the Afghan government would fall to the Taliban, which seized Kabul on August 15.

Mr Raab partly blamed an “optimism bias” surrounding the UK’s assumptions when asked why Britain got it “so badly wrong”.

And he said that the position from the Joint Intelligence Committee “and the military” was that the “most likely” outcome after the withdrawal of foreign troops at the end of August was “a steady deterioration from that point and it was unlikely Kabul would fall this year”.

Mr Wallace told the Spectator magazine: “I’ve already seen some lines about the failure of intelligence.

“When the Soviet Union crumbled, when Libya collapsed, when the actual moment came in Afghanistan, intelligence hadn’t failed. It was just limited, as it always is at the very end.”

Amid widespread criticism of Mr Raab holidaying in Crete in August, the Defence Secretary said he was arguing back in July that the “game was up” and British efforts should be accelerated.

“It was a bit of a shock when Herat fell. Some of these big places had historically been resistant to the Taliban. When they fell, literally without a fight, I think the game was up,” Mr Wallace said in the interview.

“I remember back in July arguing that whatever we think, the game is up and we have to do what we can to accelerate whatever we’re doing.”

The comments were the latest in a blame game under way in Whitehall following the West’s humiliation in Afghanistan.

“It’s embarrassing to watch and tragic for those terrified in Afghanistan, who are looking to Britain for a way out of the despair, but just see a Government fighting like rats in a sack.

“We need a plan for those left behind in Afghanistan, and a focus on protecting Britain’s security, not this unseemly infighting at the top of Government.”

There has been speculation that Mr Raab would be axed at the next Cabinet reshuffle over his handling of the crisis, but No 10 has insisted Prime Minister Boris Johnson has “full confidence” in the Foreign Secretary.

Related: Dominic Raab repeatedly refuses to say when he went on holiday