Samantha Ford, 38, has admitted manslaughter on the grounds of diminished responsibility after her 23-month-old twins, Jake and Chloe Ford, were found dead last Christmas 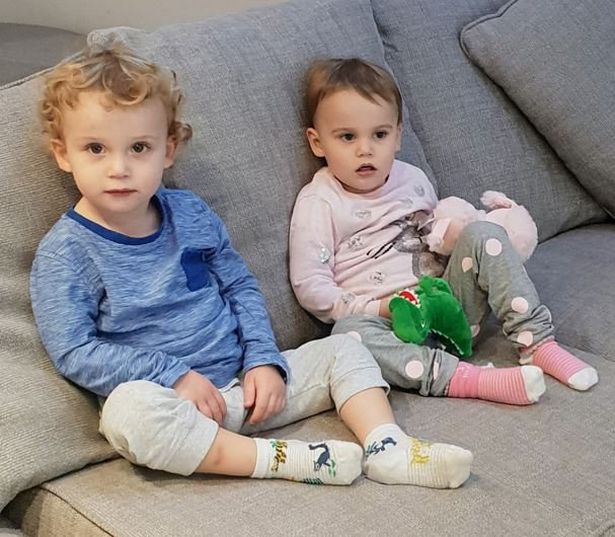 A depressed mother who drowned her toddler twins in the bath and tried to kill herself may have been driven by “revenge” on her estranged husband, a court has heard.

Samantha Ford, 38, killed her children Jake and Chloe on Boxing Day last year after she split from their father Steven Ford a few months before.

She then drove her Ford Galaxy at about 100mph into the back of a lorry without a seatbelt on in the early hours of December 27.

When police managed to open the doors of her vehicle, she told them: “I’ve killed my babies. Please let me die.

“I put them in the bath. We were meant to be together. I was going to jump off a cliff but it’s too dark.”

Police found the 23-month-old twins, who were conceived by IVF, dead in their bedroom at her rented home in Castle Drive, Margate, Kent.

Ford denied murder but admitted two counts of manslaughter on the grounds of diminished responsibility at a hearing in May.

Her husband attended the Old Bailey as Mr Justice Edis heard more evidence about his wife’s mental state ahead of sentencing.

Psychiatrist Dr Philip Joseph told the court Ford had feelings of “anger and betrayal” towards her estranged husband and “wanting revenge” when she killed their children.

He found her mental function was impaired due to “moderate” depressive illness.

Dr Joseph cast doubt on her later claim she heard insistent voices, but said she may have had thoughts in her head “telling her the only way forward is to kill the children”.

But Professor Gillian Mezey said Ford would never have harmed her children if it were not for her illness.

She disagreed that Ford had been driven by “anger or aggressive outbursts”.

She added: “She was a good caring loving attentive mother by every account and her marriage to Steven Ford was also a rather successful one.”

She said Ford had told her of just one incident when she had hit her husband many years ago.

In a victim impact statement read out at an earlier hearing, Mr Ford said: “This was the most heinous, spiteful act on two innocent children.

“I have no doubt (Ford) did this with the intention of taking her own life and punishing me in the process.”

“I know how she behaves when things don’t go her way and when she doesn’t get what she wants.

“It’s an extreme version of her character because she couldn’t get her own way, knowing how much I loved the children she knew it would be the ultimate punishment for me not going back to her.”

Earlier, prosecutor Tom Kark QC had told how the couple had lived in Qatar for the first 10 years of their marriage but their relationship soured after they left their affluent lifestyle in the Middle East and moved to Charing in Kent in 2018.

Before their split, Ford had told her husband: “You have ripped my world apart now we are nothing but a miserable, broken family growing up in a shithole.”

Relatives said Ford’s mental health declined rapidly following the separation, and she sent multiple text messages to her estranged husband trying to persuade him to return to her, the court heard.

Ford, who was said to have been “controlling and aggressive” towards her husband in the past, pleaded with him saying: “I’m not a monster.”

The court heard there had been 76 communications between Ford and mental health services in the weeks before the killings.

By Christmas, her family decided that her mental health was so poor that Mr Ford should take the twins and bring them back on Boxing Day, the court heard.

Ford drowned them later that evening after her parents had left the house.

Jake and Chloe were found dead at their mum’s home in Margate, at about 3.35am on December 27, but pathologists believe they died the day before.