Pc Andrew Harper, 28, died while attending reports of a burglary near Sulhamstead on Thursday night. 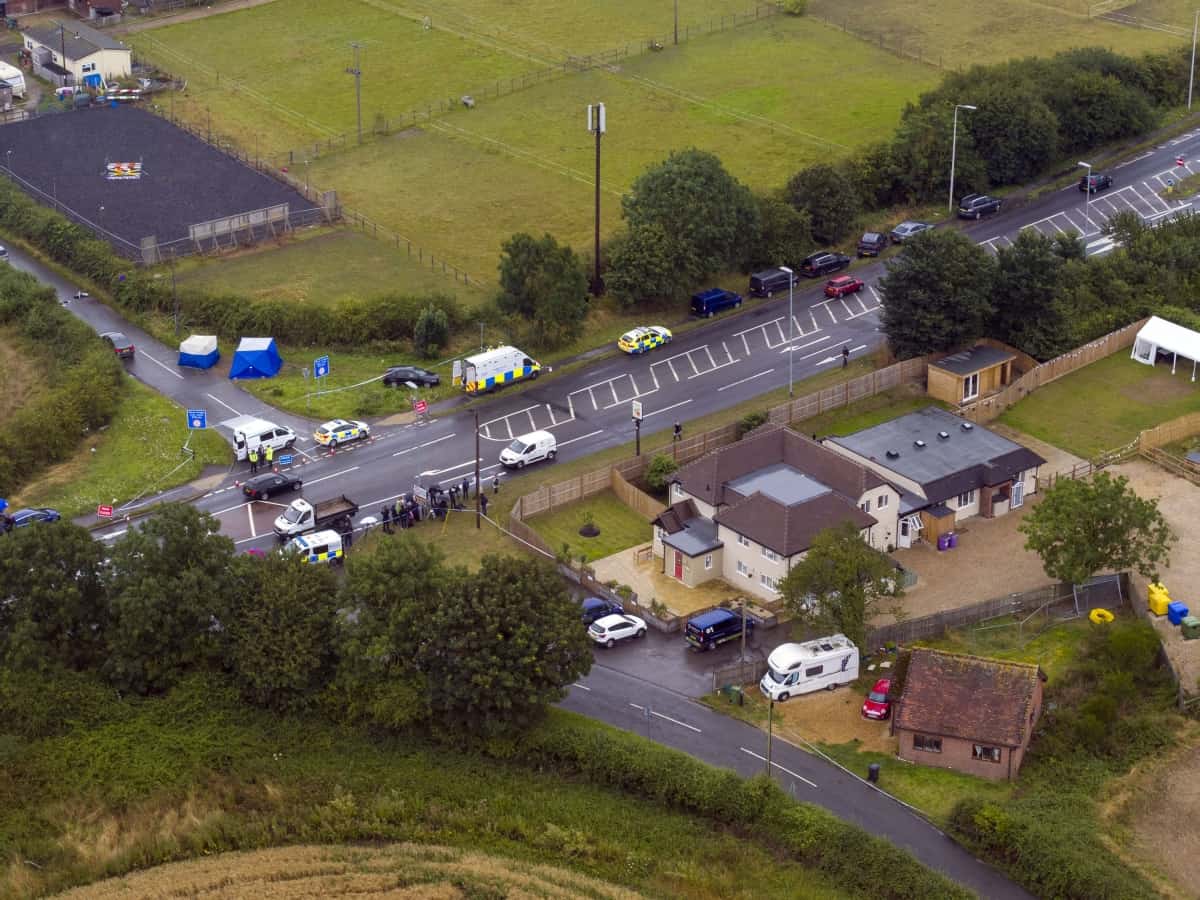 The police officer killed while attending reports of a burglary in Berkshire was a 28-year-old newlywed who was dragged along by a vehicle before he died.

Ten people have been arrested on suspicion of murder after Pc Andrew Harper died following a “serious incident” at around 11.30pm on Thursday near the A4 Bath Road, between Reading and Newbury, at the village of Sulhamstead.

Thames Valley Police said boys and men aged between 13 and 30 remain in custody at various police stations in the force area.

At a press conference on Friday afternoon, Chief Constable John Campbell said Pc Harper was at the scene with a fellow officer and was out of his police car when the incident occurred, adding: “What we do know is Andrew had been dragged along by a vehicle.”

He said the suspects were detained within about an hour of the incident and officers are working “hard and diligently to find out what happened”.

A post-mortem examination is taking place to establish the cause of death.

Mr Campbell said that as it is a live investigation, only limited details can be provided at this stage.

He said Pc Harper joined as a special constable in 2010 before becoming a police officer a year later, serving in the Roads Policing Proactive Unit based at Abingdon Police Station.

He added that the officer “only married four weeks ago”.

Pictures show the pair celebrating their wedding at Ardington House, a Georgian manor in Oxfordshire set in gardens and parkland.

Mr Campbell added: “My thanks go to all those staff and officers who attended this incident, as well as our colleagues at the fire service and also the ambulance service for their professionalism and support at what you can imagine was obviously a distressing scene.”

He said the force’s flags are flying at half mast as a sign of respect “in honour and memory of Andrew”.

The incident occurred at the crossroads of Ufton Lane and Lambdens Hill, near to the village of Sulhamstead.

Officers remain at the scene of the incident, which is cordoned off while evidence is gathered.

On Friday, forensic investigators could be seen gathering items that lay on the road and taking photographs. Two white tents have also been erected.

Police were also seen searching the inside of a grey BMW that was at the scene, according to witnesses.

Pictures of the scene show a blood trail on the road leading across the junction.

Police officers laid two bunches of flowers inside the cordon, while other officers guarded the perimeter.

Ufton Lane and Lambdens Hill remain closed but the A4, Bath Road, has reopened, police said.

Pc Harper is the first officer to be killed on duty since March 2017, when unarmed Pc Keith Palmer was stabbed by Khalid Masood during the Westminster Bridge terror attack.

The incident comes after a police constable was run over by a suspected car thief in Birmingham last week.

This came just days after Metropolitan Police constable Stuart Outten, 28, was left with head and hand injuries after challenging a motor offences suspect allegedly armed with a machete in Leyton, east London.

Boris Johnson branded it a “mindless and brutal” crime, saying he was “shocked and appalled” by the attack.

Mr Johnson’s comments followed his pledge to hire 20,000 more police officers and an announcement of a range of investments to boost the criminal justice system. He also vowed to see violent offenders locked up for longer as a result of an “urgent review” of sentencing laws.

Richard Benyon, Conservative MP for Newbury, told the PA news agency it was an “absolute tragedy” and he hoped “those responsible will be brought to justice.”

Andy Fiddler, from Thames Valley Police Federation, said the death of Pc Harper was “totally devastating”, adding: “All our thoughts – and the thoughts of the entire police family across the UK – are with the family, friends and close colleagues of Pc Andrew Harper who died last night.”

Deputy Chief Constable Jason Hogg said the force was “devastated at the loss of our colleague”.

Witnesses or anyone with information are asked to call police on 101.