“The Government needs to wake up to the fact that cuts to services, disconnecting NHS mental health services from addiction services and shifting the focus away from harm reduction to abstinence-based recovery is destroying lives and fuelling the increase in drug-related deaths.” 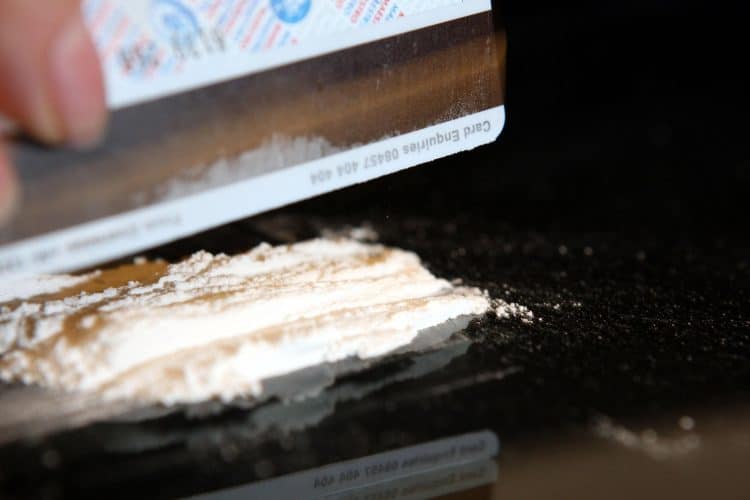 Drug-related deaths in England and Wales have risen for the eighth year in a row and remain at their highest level in more than a quarter of a century, figures show.

There were 4,561 deaths related to drug poisoning registered in England and Wales in 2020, the Office for National Statistics (ONS) said.

This is the highest number since records began in 1993, and up 3.8% from the previous year.

Responding to the figures, support groups said the rise constitutes a public health emergency and called for the Government to “wake up” following years of cuts to addiction services.

Due to death registration delays, around half of the deaths will have occurred in the previous year and the majority before the coronavirus pandemic, the ONS said.

Of the deaths registered last year, almost a fifth were due to accidental poisoning (861), followed by mental and behavioural disorders as a result of drug use (705).

There were 500 instances of intentional self-poisoning.

It is the ninth consecutive annual rise in deaths linked to cocaine use.

Males accounted for more than two thirds of the registered deaths (3,108).

The country continues to have the worst drug death rate in Europe.

The ONS figures show a north-south divide in rates of deaths due to drug misuse.

Wales recorded its lowest rate since 2014 – 51.1 deaths per million – which was an annual fall of 9.1%. The ONS said death registration delays could be affecting the figures.

The rates of drug related deaths for males and females in the most deprived areas of England were around five-and-a-half times higher than those in the least deprived parts.

The highest rate of drug misuse deaths was found in those aged 45 to 49, followed by those aged 40 to 44.

So-called Generation X, born in the 1970s, has consistently had the highest rates in the past quarter of a century.

The ONS said possible explanations for the rise could be that there is an ageing cohort of drug users experiencing the effects of long-term use and becoming more susceptible to a fatal overdose.

And new trends involving taking specific drugs, such as benzodiazepines, alongside heroin and morphine may increase the overdose risk.

The figures follow a landmark review by Dame Carol Black, which set out 30 recommendations to Government to help overcome drug harm and called for significant investment in England’s treatment and recovery system.

The Government has said it will set up a new drugs unit to help end illegal drug-related illness and deaths, and has launched a consultation to improve access to naloxone, which helps reverse the effects of opioid overdose.

Eytan Alexander, a recovering addict and chief executive of the UK Addiction Treatment Group, said the rise is “saddening but unsurprising”.

He said: “We’re living in a parallel pandemic; a drug, alcohol and mental health pandemic that has only worsened due to the virus.

“Enough is enough now, we need to come together as a society and take real action to help vulnerable people before more people lose their lives.”

Dr Emily Finch, vice-chair of the addictions faculty at the Royal College of Psychiatrists, said: “Years of cuts have left addictions services ill-equipped to treat people and prevent these deaths from rising.

“The Government needs to wake up to the fact that cuts to services, disconnecting NHS mental health services from addiction services and shifting the focus away from harm reduction to abstinence-based recovery is destroying lives and fuelling the increase in drug-related deaths.”

Jon Murray, executive director of services in England at the charity With You, said it is no surprise that deaths were highest in the most deprived areas.

He said: “Issues such as rising homelessness, poor mental health and a lack of economic opportunities all lead to people using drugs, and for many, these challenges have become worse due to the pandemic.”

Mark Moody, chief executive of the charity Change Grow Live, added: “For things to improve, we must directly challenge the stigma faced by people who use drugs.

“This starts by recognising that drug dependency is a chronic health condition which must be integrated alongside NHS services, criminal justice pathways and housing support.”

Clare Taylor, national director of operations at Turning Point, said every drug-related death is preventable and the rise constitutes a “public health emergency”.

She said: “We need to make sure that support is available to anyone with a drug or alcohol problem and services are able to intervene early, which we hope will be achieved if Dame Carol Black’s recommendations are implemented in full.”

A Government spokesman called every drug-related death a tragedy, adding: “We are already investing £148 million to tackle the root causes of drug misuse, including £80 million for treatment and recovery – the largest investment in the drug treatment system for 15 years.”