She told an inquest that Alexander Perepilichnyy, 44, was shaking and drinking a lot and seemed "somewhere else" 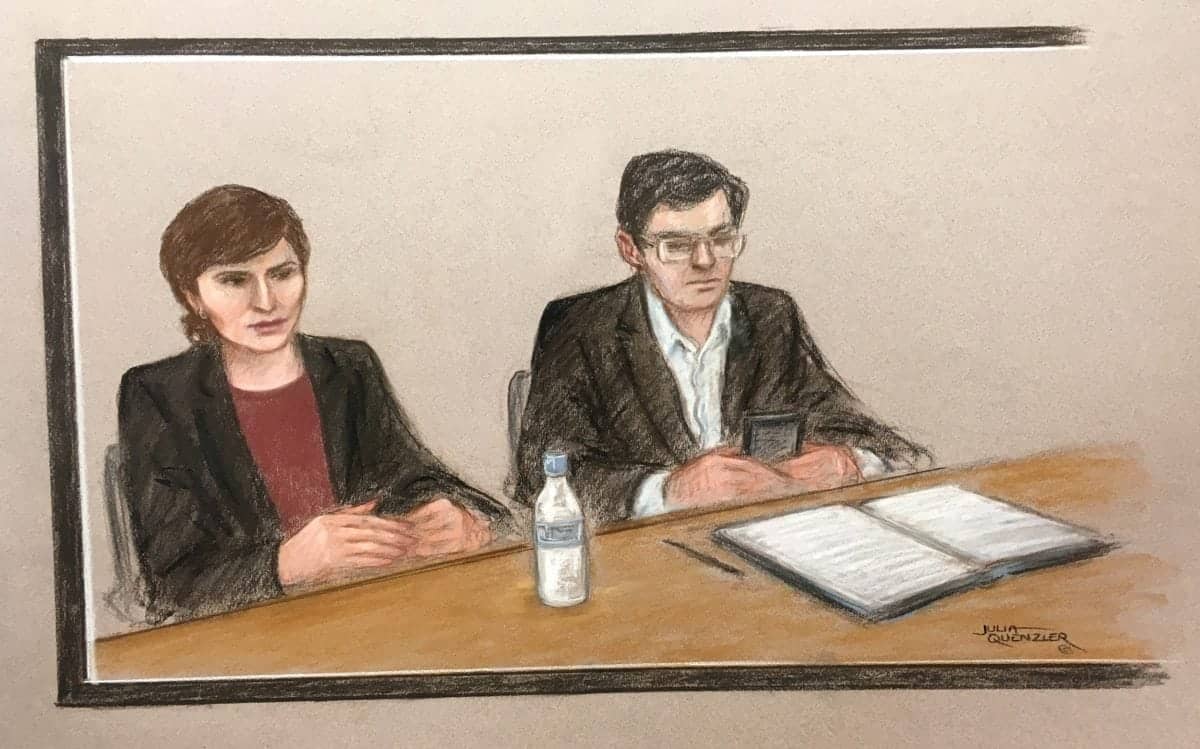 A married Russian businessman seemed stressed and nervous while on a secret getaway with a Ukranian model in the days before his death, she told an inquest.

Married father Alexander Perepilichnyy, 44, was shaking and drinking a lot and seemed “somewhere else”, according to Elmira Medynska.

After arriving back home the next day on November 10, 2012, Mr Perepilichnyy collapsed and died near his mansion in Weybridge, Surrey.

The Old Bailey heard he died a month after winning a legal claim in Russia made by a firm linked to the alleged killer of Alexander Litvinkenko, Dmitry Kovtun.

Giving evidence by videolink from Paris, Ukrainian fashion designer Miss Medynska, 28, said she met Mr Perepilichnyy on a dating website in March 2012 when he contacted her.

They first met in May of that year in Kiev in a hotel when he flew out to see her.

She said: “He had a very good impression for me, as a nice educated man.”

Peter Skelton QC, counsel to the inquest, asked: “Did he seen nervous or stressed?”

She answered: “No, he was in a very good mood. And good shape.

“I had dinner with him and he didn’t do much talk to me about his business, where he worked, what kind of business.”

He told her he previously worked in Moscow, but now lived in London.

She added: “He never told me any details or names of the company where he worked.”

But he never talked to her about his business problems, the inquest heard.

She went on: “He said that he moved because it was a more easy life for him in London.”

On what he meant by that, she said: “I didn’t ask him any extra questions like that because I know that for the moment a lot of Russians live in London so it was normal.”

He did not mention why he left Russia, she added.

Mr Perepilichinyy spent two days in Kiev and stayed in two hotels as he wanted to try a different one, but she did not get the impression he was moving “so that people might not know where he was”.

They kept in touch and he used different names, but he did not express concerns about work or his safety, the inquest heard.

On the names, she said: “It was secret for me too. I think that he wanted to have some privacy from me, and I didn’t ask him so much questions about that.”

They later spent a “relaxing” three days in Nice, France in July or August 2012, where he seemed in a “quite good mood”.

He would go off and make phone calls during lunch and dinner, and during one call he seemed “very loud like he was screaming”, she said.

Miss Medynska added: “He was very nervous when he spoke on the telephone.

“When he came back I said Alexander, everything is fine? He said ‘yes, it’s just work.'”

He never mentioned visiting Switzerland to talk to the Swiss authorities, she added, although he said he wanted to take her there in December.

In September he said he went to hospital but did not explain why, the inquest heard.

They arrived in Paris, where Miss Medynska has now lived for three years, on November 8 2012 and stayed in the Hotel Bristol.

Miss Medynska said: “He was smiling he was calm, he was relaxing.

“When we went for lunchtime he was a little bit nervous.

“I think that he was nervous about his work or business. I didn’t ask him a question about if something had happened.

“He was very stressed when I met him.”

“He was more tired. He would drink more, more than usually.”

On if it was to do with his stress, she said: “In Paris it was my third meeting so I don’t know this person so well. Maybe he was.

“He was a little bit more stressed.”

He did not take any phone calls during lunch, and spilt wine on himself, she said.

Describing how he was, Miss Medynska said: “A little bit shaking. His hands, yes.

“I asked him, Alexander do you feel good, maybe you want to go to the hotel? He said no, I want to continue, stay here with you.”

They went back to the hotel where he felt better and “more relaxed”, and later went for dinner, the inquest heard.

Asked if he was stressed the next day, November 9, she said: “Sometimes I had the feeling he was somewhere else.

“Because he wasn’t very communicative me, and my mood wasn’t so well.

“We went for dinner in a very noisy restaurant so I didn’t have time to speak to him.

“He was on another planet. He didn’t want to communicate so much to me and I was upset.”

She said they went shoe shopping but he sat looking at his telephone, adding: “So I was upset because he didn’t give enough attention.

“I did want to ask him why he wasn’t happy.”