A new paperback version of Finding Freedom suggested several members of the Windsors were concerned she would "create a spectacle". 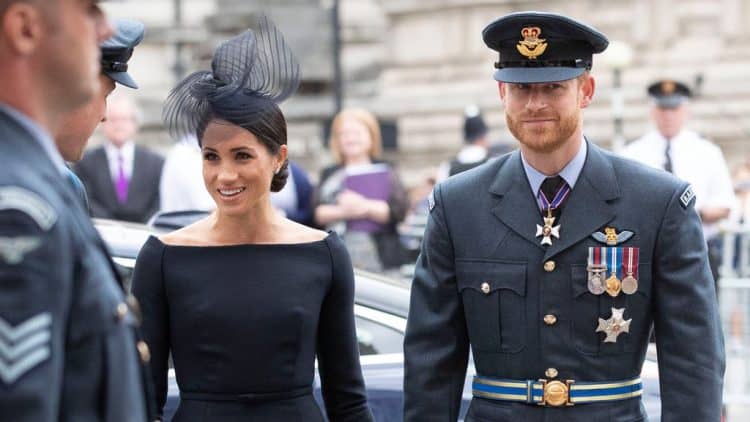 Several members of the royal family were “quietly pleased” the Duchess of Sussex missed the Duke of Edinburgh’s funeral because they did not want a “circus” or Meghan “creating a spectacle”, an unauthorised biography has claimed.

The paperback edition of Finding Freedom, featuring a new epilogue, told how Harry and Meghan had no regrets over quitting their royal roles and that Meghan had found her Oprah interview “liberating”.

The duchess was absent from Philip’s funeral in April after doctors refused her clearance to fly when she was pregnant with her second child Lili.

Authors Omid Scobie and Carolyn Durand wrote that Meghan had hoped to return with Harry but added: “In truth, several members of the royal family are understood to have been ‘quietly pleased’ that Meghan stayed in California because they ‘didn’t want a circus’ or, commented a senior royal source, ‘the duchess creating a spectacle’.”

The Sussexes plunged the monarchy into crisis when 99-year-old Philip was ill in hospital – just weeks before his death – after telling Oprah Winfrey an unnamed royal made a racist comment about their son Archie’s skin before he was born, and that the institution had failed to support a suicidal Meghan.

Finding Freedom, which is being republished in paperback on August 31, also suggested Harry and Meghan felt courtiers were still trying to undermine them by leaking information.

It said: “What has continued to be troubling for the couple, more than a year after their decision, is knowing that courtiers inside the institution are still appearing to actively undermine Harry and Meghan by deliberately leaking information to discredit them.”

The book pointed to allegations, which appeared in The Times in March ahead of the Oprah interview, from royal aides claiming Meghan had faced a complaint she bullied staff, driving out two personal assistants and undermining the confidence of a third member.

The duchess denies the claims and Scobie and Durand said the “attempt to discredit” Meghan by those who used to be in the couple’s inner circle “served as a reminder” to the Sussexes that they had made the right decision to leave.

Lawyers for Harry and Meghan have distanced themselves from Finding Freedom, describing it as unauthorised, and saying the authors “do not speak for our clients and seem to rely on unnamed sources”.