The temporary facility in London’s Docklands is set to see capacity reach 4,000 beds. 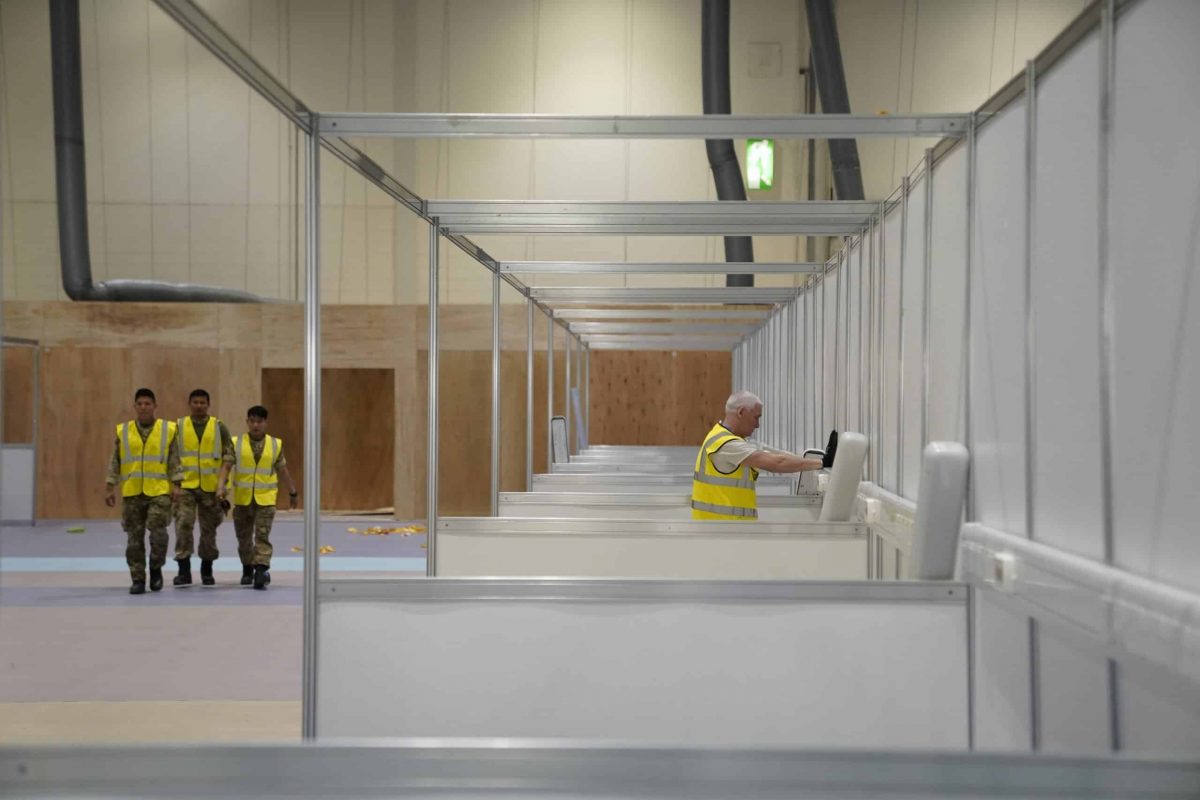 Rows upon rows of cubicles hastily erected in London’s ExCel centre show the expected scale of the explosion in numbers of coronavirus patients.

Soldiers and trade contractors are converting the exhibition centre, which usually hosts spectacles and conferences, into the first of the NHS Nightingale hospitals.

The effort should see the temporary facility in the capital’s Docklands open its doors this week to its first patients, with capacity ultimately reaching 4,000 beds.

Initially 500 beds equipped with ventilators and oxygen will be used to treat the seriously ill, and their numbers are expected to swell in the capital ahead of the rest of the nation.

The NHS will build more temporary hospitals in Birmingham, Manchester, Cardiff and Scotland.

The task of boosting critical care capacity has been under way since the health service declared an emergency at the end of January.

Before the scale of the crisis became clear, the UK was believed to have had one of the lowest proportions of intensive care units in Europe, but NHS England chief executive Sir Simon Stevens says 33,000 beds are now available for Covid-19 patients.

The National Exhibition Centre in Birmingham will add an initial 500 beds, with the potential to grow to 2,000 if necessary.

Manchester Central Convention Complex will add 500 more, with the capacity to expand to 1,000, and Cardiff’s Principality Stadium will provide up to 2,000 more.

Efforts are under way to source the doctors, nurses and non-clinical workers to staff the huge units.