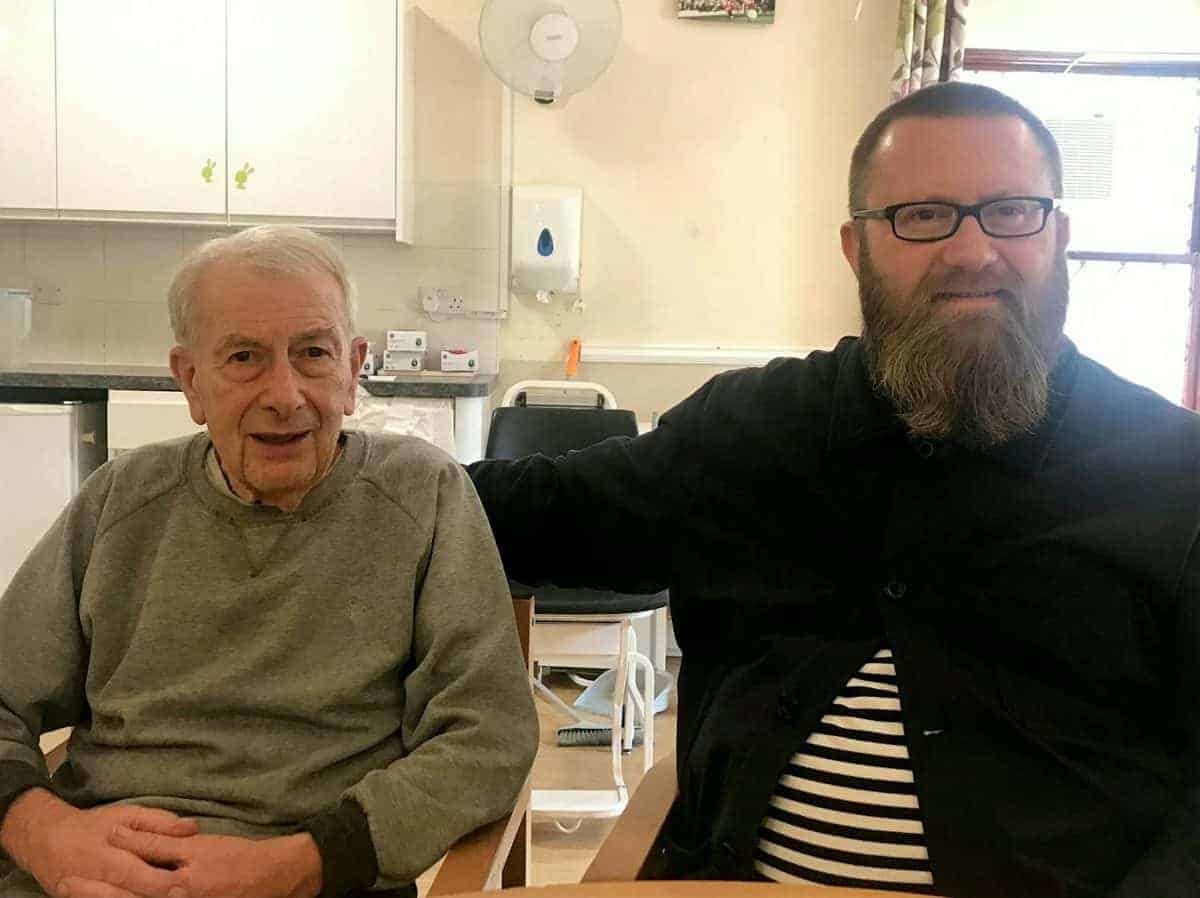 An 82-year-old dementia patient who caught the coronavirus made a “miracle recovery” while his devastated family planned his funeral.

Sid Lovenbury was rushed to hospital with a raging fever and suspected pneumonia after falling ill at his care home.

When doctors confirmed he had tested positive for Covid-19, his family started planning his funeral.

But incredibly, the retired electrician beat the disease after being given a powerful course of antibiotics.

Four days after being rushed to hospital, Sid was discharged and is now back at his care home in Cheadle, Staffs.

His relieved son David, 51, who lives in Newcastle-upon-Tyne, said: “It’s an absolute miracle and we can’t believe he beat it.

“One day the family were planning dad’s funeral and the next he was out of hospital.”

Staff called an ambulance on March 21 and he was rushed to the Royal Stoke University Hospital and taken to a specialist isolation ward.

Son David, and his mum Jean, 75, were devastated when they were told they could not see Sid to say their goodbyes.

David, who runs a design agency, said: “It started when the care home rang to say he had a high temperature and they thought it was pneumonia which isn’t unusual for someone of his age.

“He was taken into Royal Stoke hospital but then we got a call saying he’d got coronavirus.

“It was a huge shock and we immediately thought he wouldn’t survive.

“I even rang the care home and thanked them for looking after him over the last year. We were in mourning and started preparing his funeral.”

Amazingly, days later doctors told David that his dad was making good progress and was well enough to go home.

He added: “We were very surprised to hear that he was being discharged. He’d had no respiratory problems.

“It was unbelievable that he had made such a miraculous recovery.

“It’s been a rollercoaster for the family which has left us all baffled, bemused, drained, elated and deflated all at the same time.”

David even demanded a second opinion from another doctor who confirmed his dad had beaten the virus.

He said: “It contradicts everything we’ve heard about the virus so I insisted on speaking to a senior doctor for a second opinion.

“He told me that the virus behaves in extraordinary ways. Some people that you expect to died like dad can recover quickly while some healthy people die.

“My dad responded well to powerful antibiotics and after four nights in hospital he was well enough to be discharged.

“The virus treats everyone differently and I have to say that young people are naive to think that they’ll be OK. It’s also not necessarily curtains if you are old or at high risk.

“I really must confess that I’m confused, having prepared myself for my dad’s bereavement and in some ways believe relieved his suffering was close to a prompt end.”

Before being diagnosed with dementia, Sid was a season ticket holder at Stoke City and had even played at amateur level for Leek Town.

His wife Jean, who lives in Leek, said: “It is nothing short of a miracle. I can’t believe he is still here. I can’t wait to see him.

“He is still in quarantine but we are hoping to see him soon.”