Ice cores from the French Alps have revealed mining for lead and silver led to poisons being released into the air more than 2,000 years ago. 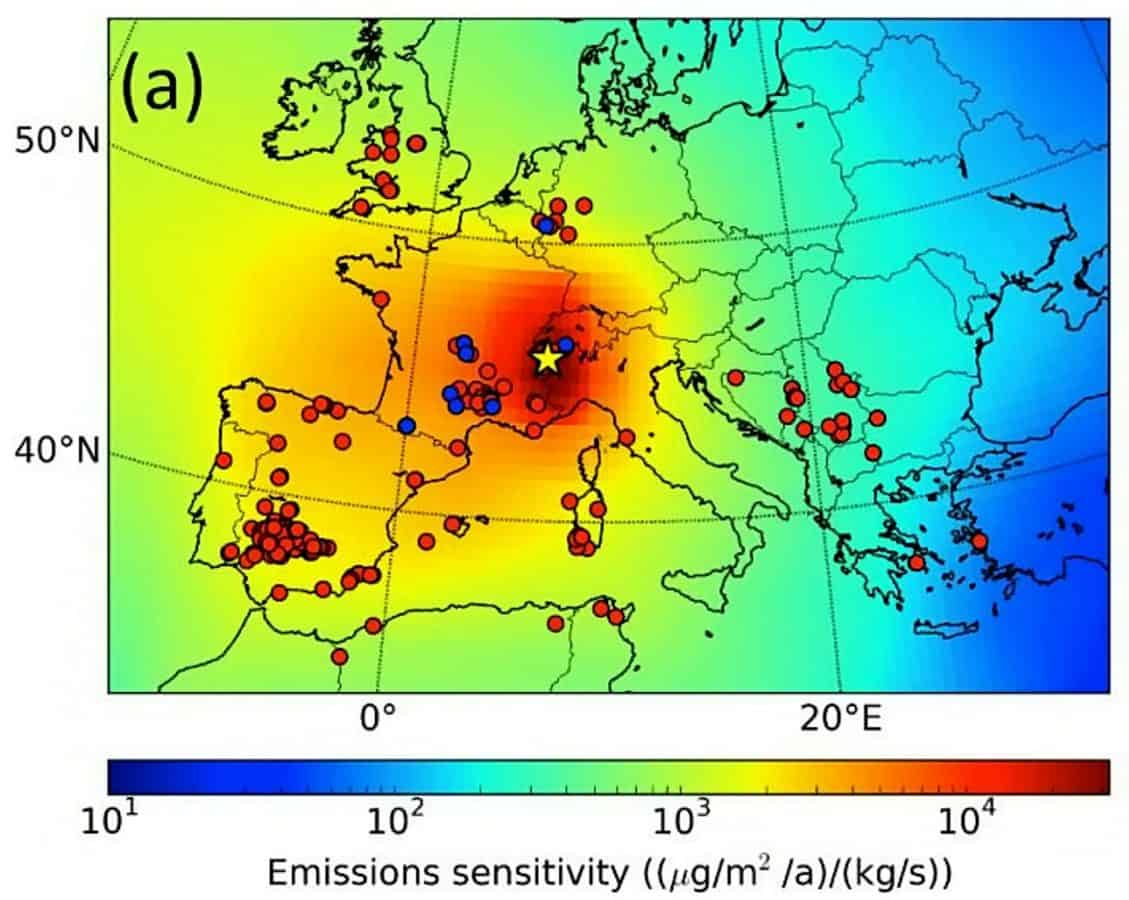 Way before the industrial revolution and modern day carbon emissions, the Romans were busy polluting the air with heavy metals, scientists have discovered.

Ice cores from the French Alps have revealed poisonous lead was released into the air more than 2,000 years ago.

The study suggests that long term it may even have been more damaging than when lead was routinely added to petrol between 1950 and 1985 before being banned in many countries.

It polluted the skies over Europe more heavily – and for much longer – than previously thought, say scientists.

Traces of the toxic substance were found encased deep in glaciers on Mont Blanc, one of the world’s deadliest peaks.

Lead is among the most dangerous environmental pollutants. Even extremely small amounts harm human health. Children’s brains are especially vulnerable.

The ore was prized by the Romans as it also contains silver – which they used to produce coins. They made water pipes from the lead.

The Romans were doing this for almost 500 years – even though miners often ended up mad or dead.

It adds to a growing body of evidence that environmental pollution began before the Industrial Revolution in the 1800s.

The first study of its kind on Alpine ice sheds fresh light on the impact of these ancient emissions.

“The lead emissions during antiquity enhanced the natural level of lead by a factor of 10.

“For comparison, recent human activities related to the use of leaded gasoline in Europe enhanced the natural lead level by a factor of 50 to 100.

“Thus, the pollution by the Romans is five to 10 times less than that due to the recent use of gasoline.

“But it took place for a long period of time – several centuries instead of 30 years of leaded gasoline use.”

The study published in Geophysical Research Letters also identified another toxic metal antimony in the samples.

This can produce effects similar to arsenic poisoning – and had never been found in ancient alpine ice.

There were two very distinct peaks in lead emissions – one during the Republican period from 350 to 100 BC and the other in the Imperial between 0 and 200 AD.

The silver was extracted from the lead by heating the ore to a temperature of 1,200 degrees centigrade – releasing significant quantities into the air.

Humans have been mining metals for at least 8,000 years. The Romans were the first Europeans to mass produce it for household items.

But it was not known for how long they did this during antiquity – the period spanning the rise of ancient Greece and Rome – and the environmental damage it caused.

The Romans were the first to build large-scale plumbing systems with lead pipes. mined the metal from many areas of Europe – including Britain.

Production declined after the fall of Rome in the 5th century and did not reach comparable levels until the Industrial Revolution.

Last year an analysis found traces of Roman lead emissions from mining and smelting of ores in Europe more than 2,800 miles away – in Greenland ice.

But as this was so far from the source scientists were unsure exactly what the lead concentrations were in European air at the time.

Several previous studies have looked at past lead contamination in ice cores from the Alps – but none had focused on the Roman era.

Lake sediments and peat bogs have shown local lead pollution in parts of Europe during this time – but ice cores provide better evidence for the continent as a whole.