The Oxford graduate noticed a huge difference in housing access between the UK and his home country - so he decided to do something about it. 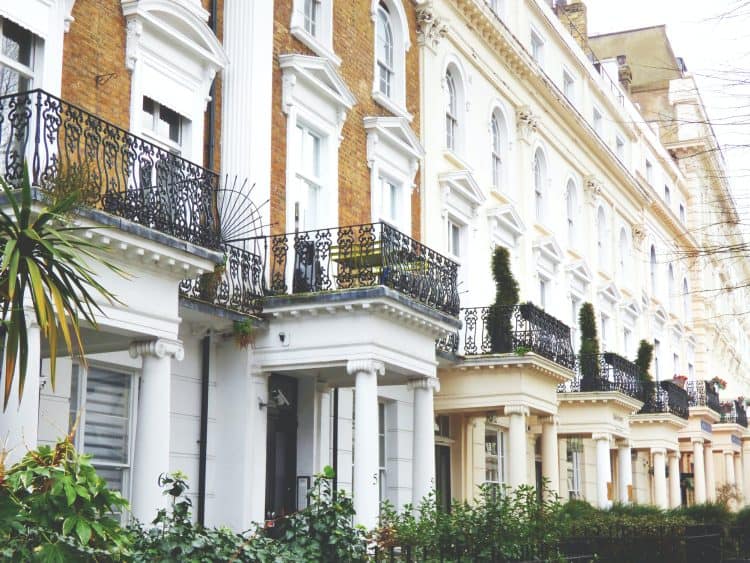 A Romanian man has been giving Brits money to buy homes after noticing a huge difference in housing access between his home country and the UK.

Vadim Toader, 31 from Roman, a city in north-west of Romania, moved to the UK over 12 years ago to study Engineering, Economics and Management at the University of Oxford.

After four years which concluded with him graduating among the top students he moved to London to be a strategy consultant, but was soon going to discover that his good salary was not enough to own a home.

He started a company helping young professionals by lending them the missing part of their deposits, which he says is “especially” for people who “don’t have rich parents that could do that themselves”.

He told The London Economic: “It stemmed from my frustration of not being able to afford a home when I moved to London.”

Housing prices and salaries in the UK vs Romania

His shock came as Romania has the highest rate of home ownership among European countries according to data for 2019-2020, with over 96 per cent of its population being home owners.

Meanwhile, the UK is in the bottom half for home ownership among European countries, with 65 per cent of people having their own home, and 85 per cent of renters wanting to own their own home but being unable to afford the costs – amounting to about 3.7 million people feeling stuck.

Toader thinks the reason for this is that the property price to income ratio is “much lower” in the Eastern European country – with property prices in big cities about five times the Romanians’ income.

By contrast, he remembered the time when he was looking for a home in London: “When I was trying to buy a property to stop paying rent, the moment I met a mortgage broker, they said, ‘you can’t afford anything because you can only borrow five times your salary and most properties in London are eight times your salary’.

He added: “There was a £200,000 gap between what I could afford and what I wanted, and I wasn’t wanting anything luxurious, I just wanted a basic house. I realised if I couldn’t do it, then the vast majority of people wouldn’t have a chance because some people have jobs where they keep working and the salary does not increase, but house prices go up.

“So if anything, the situation is going to get worse throughout their lifetime. And I thought that is not the society I want to live in, where 95 per cent of people can’t buy a house. As an engineer, I thought that was a problem I would like to fix.”

But he thinks unaffordability is “a typical issue” of big cities in developed countries. “As countries become more and more developed, there’s more and more demand for housing, but you can’t build that much, so housing just keeps getting crazier and crazier,” he added.

He wanted to tackle the issue, so together with another Romanian, Ștefan Boronea, he set up Proportunity, which now has a multicultural team of 40 – out of which half used the idea themselves to climb the property ladder.

The team uses technology to forecast the value of the property across time and provide buyers with the missing parts of their deposits in exchange for 20 per cent of the property growth in the future.

Toader thinks their solution is better than the government’s, which he says not only allows developers to inflate prices – in the way the supermarkets offer discounts to inflated prices – but it also restricts buyers to new builds only.

He added: “Our improvement is that we also do diligence for the consumer, so we give them safety of mind that they are not investing in anything that is overly inflated.

“We’ve created the lender that we wish existed when we were looking for a home eight years ago – when you go and you look at a property and you have no idea if you’re paying the right price and the real estate agent is obviously acting for the seller.”

‘We are looking to make buying as cheap as renting’

Among the approximately 200 success stories Toader gathered, he still fondly remembers his first customers: “I remember I got a champagne to go congratulate Rob and thank him for trusting us with his purchase. And I was shocked when I got there and his parents were there. And in the end they thanked me for giving their son the chance to own a home and because they’re theatre lovers and they would come to London, but they could never actually enjoy dinner afterwards together. They would always have to catch the train back home.

“You don’t just start a business, it’s the people and you can see how you notably change their lives.

“We’ve helped them afford 100 times more homes than they could get without us.

“We are looking at an option where we make buying just as cheap as renting.”