"You will pay for your wokeness", one tweeted. 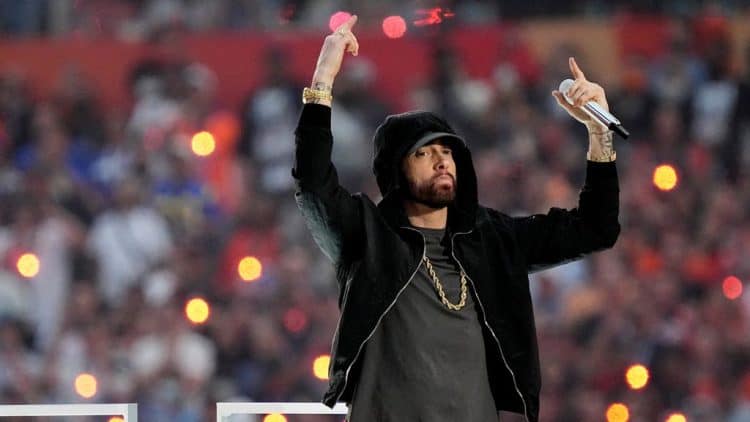 As he wrapped up his performance of his hit song, “Lose Yourself,” from the movie 8 Mile, Eminem took a knee and held his hand in his head—a notable gesture coined by Colin Kaepernick in 2016 against racial injustice and police brutality.

He quickly won plaudits for the move, which he was apparently advised against doing by the NFL.

But not everyone was happy with him.

‘Anti-Federalist’ Michael Nickens Jr told organisers they will pay for their wokeness in an angry tweet, while Bobby Brown hit out at the “lame stream media” for reporting on the gesture.