Greggs the bakers have had to apologise profusely for a tongue-in-cheek nativity scene in a promotional photo for its first ever advent calendar with a sausage roll in the place of baby Jesus. “We’re really sorry to have caused any offence, this was never our intention,” the bakers apologised, though they said they would not […]

by Ben Gelblum
in Food and Drink, News 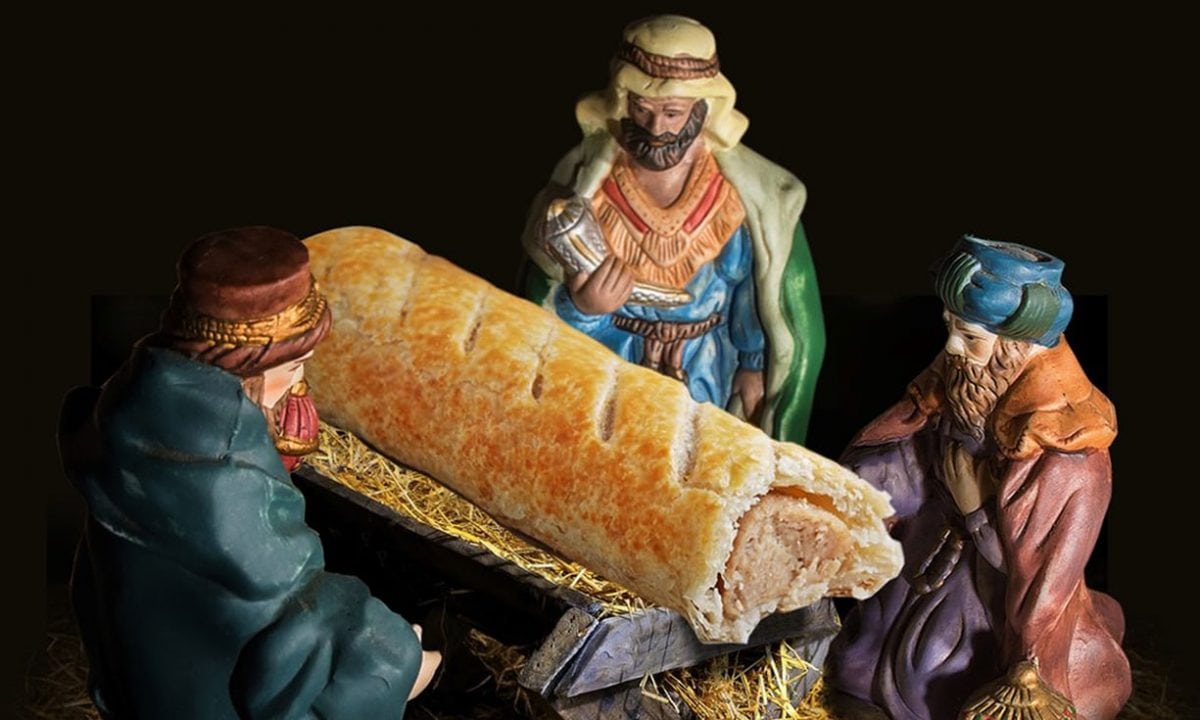 Greggs the bakers have had to apologise profusely for a tongue-in-cheek nativity scene in a promotional photo for its first ever advent calendar with a sausage roll in the place of baby Jesus.

“We’re really sorry to have caused any offence, this was never our intention,” the bakers apologised, though they said they would not be withdrawing their advent calendar.

But an apology wouldn’t suffice for critics from the The UK Evangelical Alliance who accused Greggs of a “manufacturing a scandal to sell baked goods” to others who pointed out that as a Jew pork meat would have been forbidden for Jesus.

Simon Richards, chief executive of Right Wing pressure group the Freedom Association, went further calling for a boycott of Greggs as he was mostly angry that they were “cowards” and “would never dare insult other religions.”

Please boycott @GreggsOfficial to protest against its sick anti-Christian Advent Calendar. What cowards these people are: we all know that they would never dare insult other religions! They should donate every penny of their profits to @salvationarmyuk https://t.co/tAV7CRP7WM

After which all out holy war has broken out on Twitter:

I think it’s incredibly silly that you feel insulted by a sausage roll. I’m also relieved that you didn’t see the Greggs Scotch egg crucifixion scene last Easter. That would have really got your goat.

I thought forgiveness is part of religion? #Greggs have apologised.. Also, I would like to say our local Greggs donates its leftover food to Frome's community fridge. Maybe we shouldn't be so quick to judge…. https://t.co/D4WDYDFO3J

They missed a trick by not adding the three pies men #Greggs #AdventCalendar pic.twitter.com/VTRaBb2bg0