"Are you OK, Rachel Johnson, dividing up London if that ends the war in Ukraine? Wait, Putin probably has part of London already." 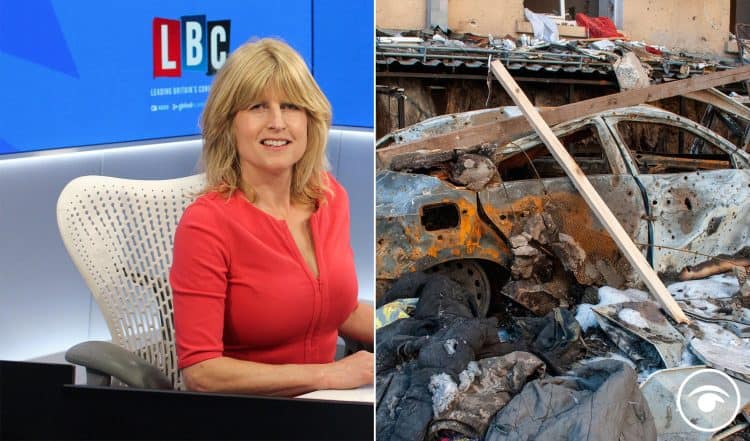 Both Ukraine and Russia are set to hold fresh peace talks in Turkey this week.

He told independent Russian journalists on Sunday that the issue of neutrality – and agreeing to stay out of Nato – should be put to Ukrainian voters in a referendum after Russian troops withdraw.

He said that a vote could take place within a few months once Russian troops leave. Russia quickly banned Mr Zelensky’s interview from being published.

Zelensky has said he was willing to consider Ukraine adopting a neutral status, but sovereignty and retaining territory remained priorities.

Over on LBC Rachel Johnson decided that the only way the war in Ukraine will end is if the country is cut up, with the areas Putin wants handed over to Russia.

The radio presenter and journalist sister of the PM said she could ‘live with’ handing over occupied Ukrainian territories to Russia.

It is becoming quite clear the Rachel is becoming a match for her brother Boris when it comes to putting her foot in her mouth.