Donald Trump has sacked Rex Tillerson just hours after the Secretary of State linked the nerve agent attack in the UK to Russia. The move will fuel speculation that Trump and Putin enjoy a cosy relationship, and will scupper Theresa May’s hopes of US backing in response to the attacks. CIA chief Mike Pompeo, who has in the […] 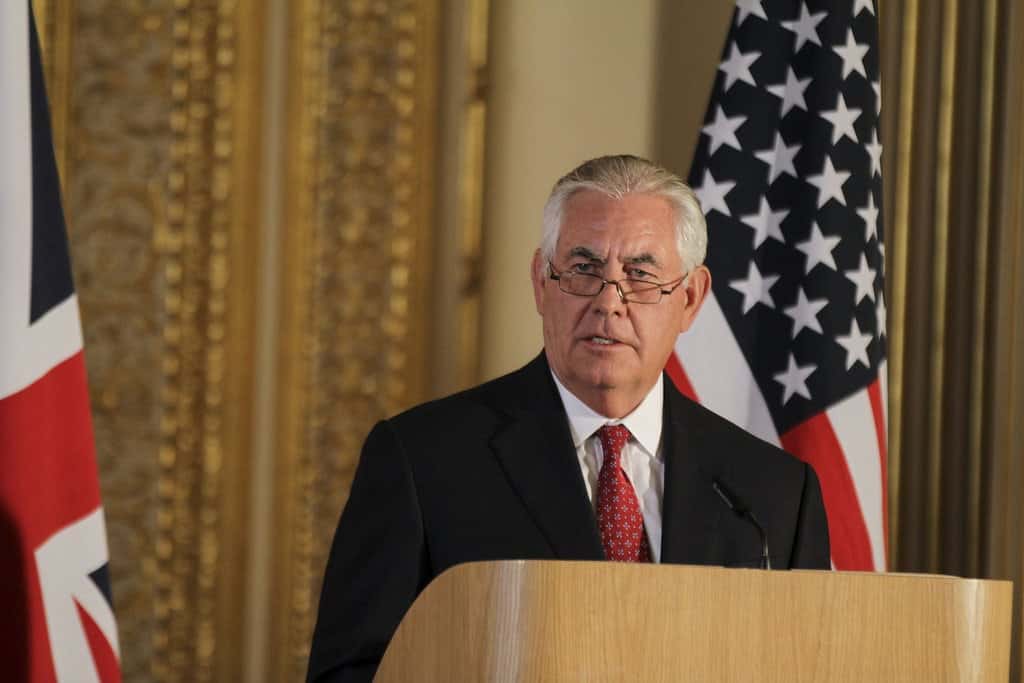 Donald Trump has sacked Rex Tillerson just hours after the Secretary of State linked the nerve agent attack in the UK to Russia.

The move will fuel speculation that Trump and Putin enjoy a cosy relationship, and will scupper Theresa May’s hopes of US backing in response to the attacks.

CIA chief Mike Pompeo, who has in the past played down findings by the CIA that the Russians attempted to influence last year’s US election, will replace Tillerson.

Trump tweeted the shock sacking of the Secretary of State who had expressed support for Britain, linking Russia to the poisoning of an ex-Russian spy Sergei Skripal and his daughter living in the UK in Salisbury.

Reports are emerging that Rex Tillerson was not told of his sacking before the President’s tweet and had been given no reasons for Donald Trump’s bizarre decision.

Under Secretary of State Steve Goldstein confirmed that Tillerson never spoke to the president and “had every intention of staying” and is “unaware of the reason” he was fired.

The state department also confirmed to CNN that Tillerson only found out from Trump’s tweet.

Trump then told reporters that he has made the  decision “by myself,” boasting that Tillerson will be “much happier now.”

The outgoing Secretary of State had gone further than the White House in condemning Russia for the UK nerve agent attack.

He said: “We have full confidence in the UK’s investigation and its assessment that Russia was likely responsible for the nerve agent attack that took place in Salisbury last week.

“There is never a justification for this type of attack — the attempted murder of a private citizen on the soil of a sovereign nation — and we are outraged that Russia appears to have again engaged in such behavior. From Ukraine to Syria — and now the UK — Russia continues to be an irresponsible force of instability in the world, acting with open disregard for the sovereignty of other states and the life of their citizens.” She said: “Trump does have quite an affinity for dictators. He really likes their authoritarian posturing and behaviour.

“He does have a preexisting attitude of favorability toward these dictators, but I think it’s more than that with Putin and Russia.”