Sympathy, like the heating system, was in short supply.... 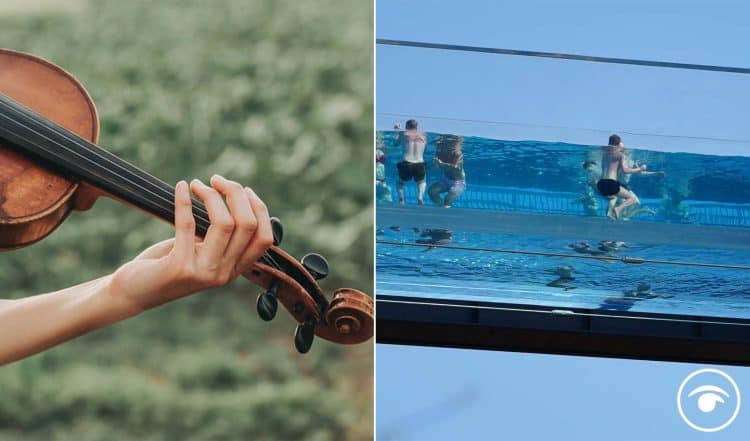 Oh, how the other half lives.

A sky pool, situated in the new Nine Elms area, has made the news again after residents complained about the cost of maintaining it through the winter.

The pool, which is 82ft long, stretches between buildings and is 115ft up in the air.

The development caused quite a stir when it was first opened, with many people slamming it as vulgar.

However, the BBC praised it and even flew a helicopter over the pool to get a better view.

Above us only sky, and all…

Fast forward to winter and it turns out the pool gets pretty cold (who knew?!) and has had to be shut down as the residents don’t like the lower temperatures.

One couple who live in the development reportedly said: “It is too cold to be used at the moment so it seems mad that we’re still having to pay to heat it.

Another resident said: “We’re livid. The outside temperature has obviously dropped, but the Sky Pool is still open to residents and currently uncovered. We’re basically heating the sky.”

As if this moaning wasn’t enough it was reported that people who lived in the development on shared-ownership schemes were not allowed to use the facilities.

Speaking to The Guardian earlier this year, Nadeem Iqbal who lives in the flats through shared ownership said: “We have a front-row seat of the Sky Pool but the sad thing for us, living in the shared-ownership building, is that we will never have access to it.

“It’s only there for us to look at, just like the nice lobby, and all of the other facilities for the residents of the private blocks. Nobody expects these amenities for free, but we’re not even given the choice to pay for them.”

As you can imagine sympathy was in very very short supply on social media.

Related: ‘Conservative incompetence:’ More than half of black children growing up in poverty