“I just got hit by a car, but I’m OK … Yeah, you know, that’s live TV for you," she said after the incident had occurred. 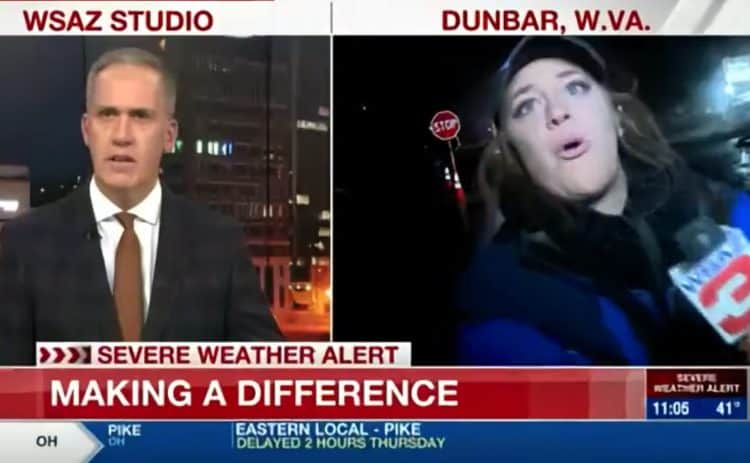 A US reporter stoically continued her broadcast after being hit by a car during a live TV report.

Tori Yorgey, from WSAZ, was covering a water main break in the city of Dunbar in West Virginia on Wednesday night when a car drove into her from behind, knocking both her and her camera to the ground.

“I just got hit by a car, but I’m OK … Yeah, you know, that’s live TV for you,” she said after the incident had occurred.

“It’s all good. I actually got hit by a car in college too just like that,” Ms Yorgey said after the collision, adding that it was her last week working for the station and “I think this would happen”.

The incident has reminded people of the time a travel vlogger was hit by a fish during a storm.

Aimee Bannister was standing on a pier on Barry Island, South Wales, when a large gilled creature suddenly slapped her across the head.

The YouTuber claimed the sheer force of the weather caused the incident, but despite the strong hook, many used their gut feeling to suggest there was something fishy going on!