The pub chain has been heavily criticised for its response to the coronavirus crisis. 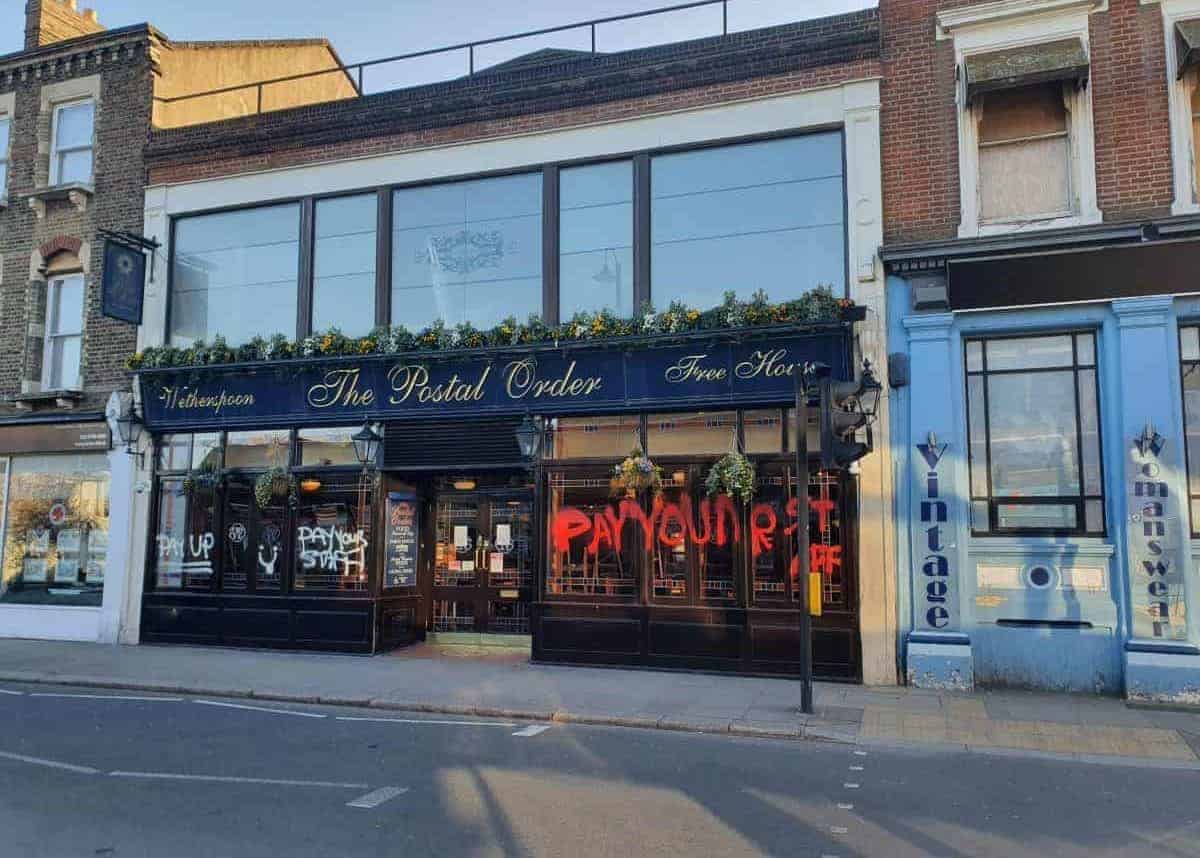 There have been renewed calls to boycott popular pub chain Wetherspoons when it reopens its doors on July 4th.

Boris Johnson set out plans to allow pubs, restaurants, museums and cinemas to begin reopening in the latest easing of the coronavirus lockdown in England.

He also relaxed the two-metre social distancing rule in a bid to help companies in the hospitality sector restart.

Wetherspoons made it onto a list of businesses people plan to boycott at the start of the lockdown following complaints over their coronavirus response.

The pub chain’s founder, Tim Martin, announced to staff at the time that he will pay them until the pubs last opened, but there would be no further payments until the Government furlough scheme was put in place.

Martin later reversed the decision, but it did highlight some unscrupulous business principles.

Comedian Adam Rowe has led calls to boycott the chain when it reopens next week.

“If you’re going to a pub or restaurant on/around 4th July, please go to a local independent.

“F*CK Weatherspoons. F*ck them all. There’s soooo many small businesses that are in desperate need of custom IMMEDIATELY.”

Others have struck a line of caution in regards to the boycott.

Owen Jones and SpoonStrike where among them:

Mark, they weren’t fired and they’re not asking for a boycott: this isn’t standing by their workers. https://t.co/FXyCbTbRbx