A deal on the border between Northern Ireland and the Republic has thrown up the possibility that Remain areas could be given special measures on Brexit. According to a draft text seen by RTE News there will be no “regulatory divergence” on the island of Ireland following the EU divorce, which means parts of Britain could get […]

A deal on the border between Northern Ireland and the Republic has thrown up the possibility that Remain areas could be given special measures on Brexit.

According to a draft text seen by RTE News there will be no “regulatory divergence” on the island of Ireland following the EU divorce, which means parts of Britain could get special dispensation.

Nicola Sturgeon and Sadiq Khan are leading calls for other parts of the UK to be given special measures such as remaining part of the single market and Customs Union.

The leaders, who both represent areas which strongly backed Remain during the 2016 Referendum, said there would be “huge ramifications” if Theresa May allowed the rumoured concessions for Northern Ireland.

First Minister Sturgeon said: “Right now, Ireland is powerfully demonstrating the importance of being independent when it comes to defending your vital national interests,” she said in a tweet this afternoon.

“If one part of the UK can retain regulator alignment with EU and effectively stay in the single market (which is the right solution for Northern Ireland) there is surely no good practical reason why others can’t.”

However the moves have been widely criticised on social media, with this map pointing to the complexities of such an arrangement: 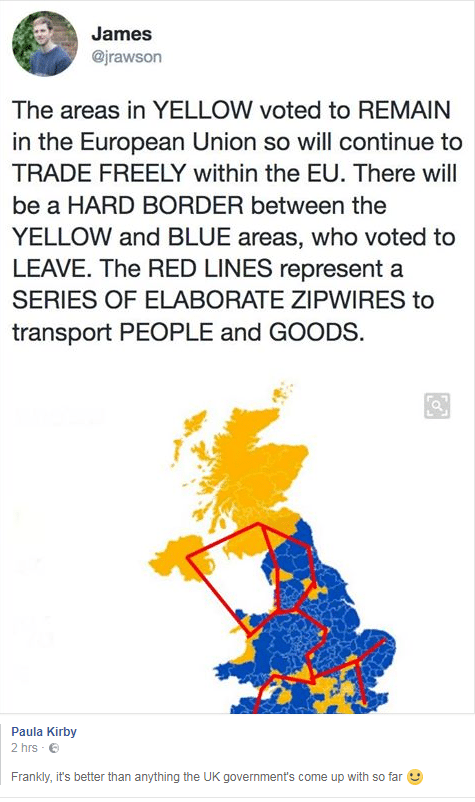