"The haunted pencil has never got anything right and he is continuing that trend," said one person in response to his comments. 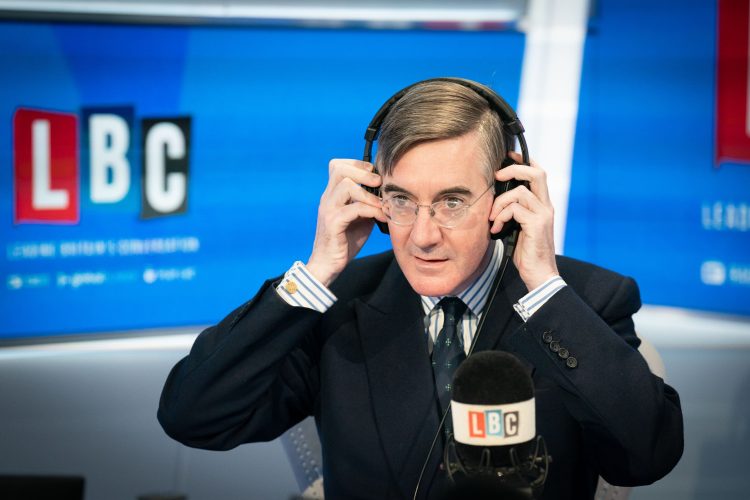 As you would expect the thorny subject of Brexit was a major topic of discussion.

It comes as the UK divorce bill from EU will be billions more than expected.

Rees-Mogg made the point that “we have taken control of our borders, so we now decide who comes in here”, which was “a pretty important gain from Brexit that people wanted.”

“In terms of people’s concerns economically, these are headwinds faced across the world.”

He declared that economic issues are “very little to do with Brexit.”

Andrew wasn’t buying that though, and asked Rees-Mogg: “has red tape increased, decreased or stayed the same as a result of Brexit?”

Rees-Mogg dodged the question: “Ah, but we’re opening up trade deals across the world!”

Rees-Mogg went on the defensive, and made the bizarre claim that “the EU doesn’t want to buy our goods.”

He also appeared on BBC’s Newsnight and said a similar line to presenter Kirsty Wark.

As you can see anti-Brexit activist Steve Bray wasn’t impressed.

He wrote: “Earth to Rees-Mogg, come in Rees-Mogg…are you there?” If we leave these people in power any longer we are proper fcuked!”

It seems that a lot of people think Jacob Rees-Mogg is delusional: